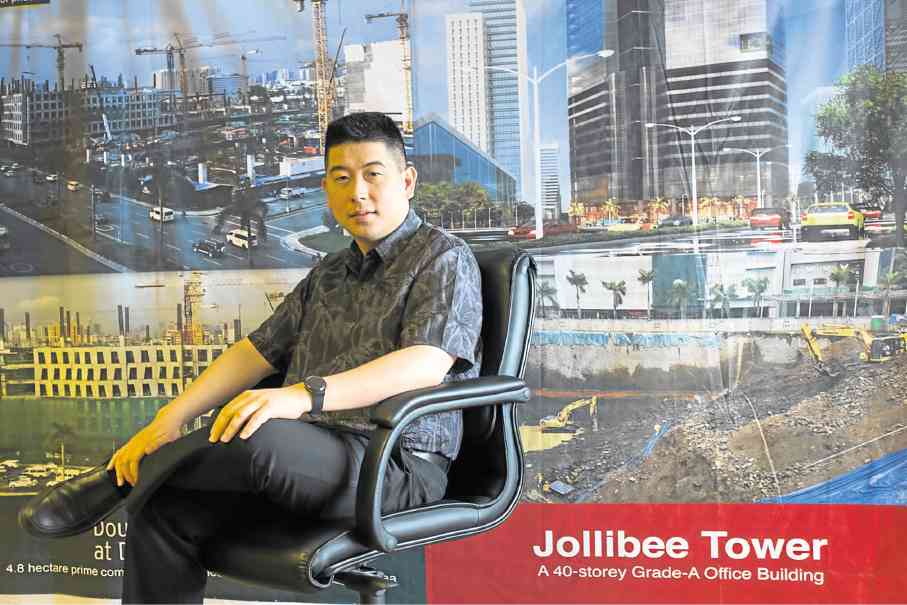 Injap: “I make it a point everyday to reflect if I am on track with my mission in life, and all I ask from Him is for continued guidance that I do remain on track.”

Like any ordinary entrepreneur, Edgar “Injap” Sia II has also dreamt of his business becoming big one day.

But he never imagined that his success could reach such heights, enabling him to make a name for himself—at a relatively young age at that—in the local business community.

Injap admitted that he can’t help but be overwhelmed with the good fortune that came his way, as it was certainly quite a feat what he has achieved.

From his humble beginnings with Mang Inasal back in 2003 to trying his hand in the real estate business, the young tycoon is indeed out to build his own empire but without sacrificing the values he has long carried with him and made him a huge success in his ventures.

Today, Injap holds a sizeable 37-percent stake in DoubleDragon Properties Corp., of which the Tan Caktiong family is a partner. Double Dragon’s CityMall Commercial Centers Inc. (CMCCI) also has as its investor the country’s largest conglomerate, SM Investments Corp., which held a 34 percent stake in the said  subsidiary. 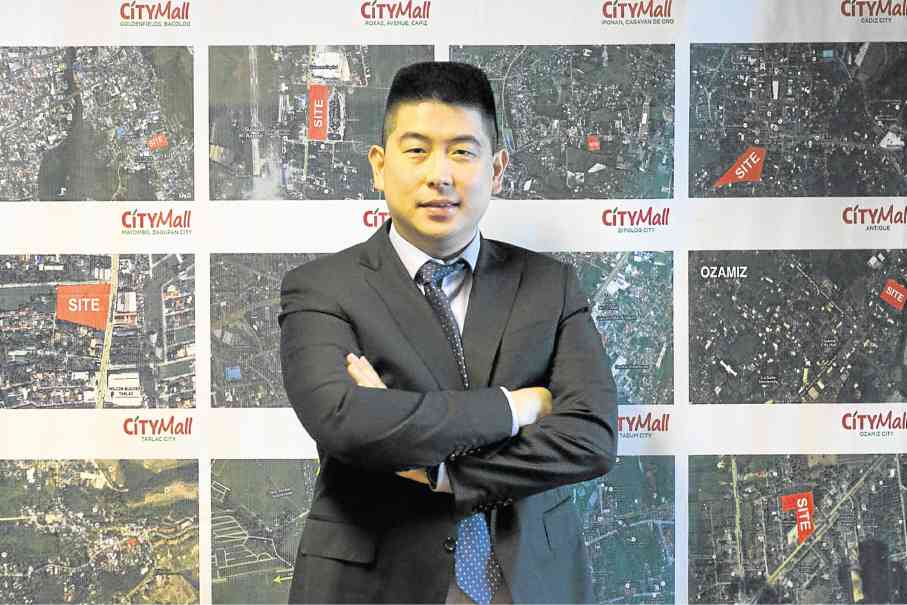 Injap stressed the importance of thoroughly studying the industry you want to take on to see if there is a gap that has been missed, or if there is a transition that is about to happen.

Take a peek into the life of Injap to better understand how success came to this young tycoon, and and maybe pick up a lesson or two.

Q; What led you to this business of property and commercial development?

A: I really like the property business since I was in my teens. That’s why I took up Architecture in college, because I like to visualize and make it happen. I also like to imagine how one area that may look not okay, can be turned into something relevant.

But at that time, I cannot go into the property business in a big way because it needs both big capital and business track record, which I don’t have at that time.

When I was 26 years old, I decided to start something that I could expand nationwide. To fit my situation then of having limited capital, I had to find a gap in an industry where you can grow with limited capital, and at that time, the branded Filipino barbecue fastfood category was vacant and so Mang Inasal was born.

The partnership of DoubleDragon came about after I met Mr. Tony Tan Caktiong in the airport lounge sometime March of 2012. And he mentioned to me that he heard that I was doing some property projects, and I told him that these were just small scale projects. 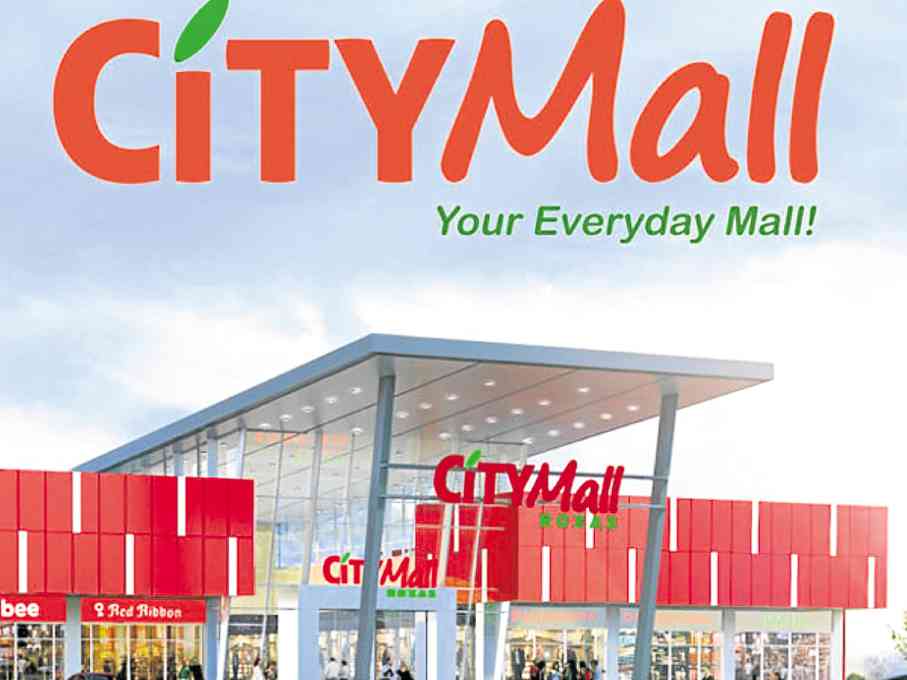 A total of 100 CityMalls are expected to be operational by 2020.

We agreed to meet after we come back from that Taipei trip to attend the Jollibee convention there. And a week after that, we met for almost half a day to discuss our long-term goals. We aligned our goals so our partnership in the property industry can be put to good and meaningful use.

Q: Who influenced you? Who would you consider as your mentor?

A: The biggest influence early on are my parents.

My younger siblings and I have seen them struggle to start, grow and sustain their grocery store business in the province for over 30 years.

We saw their hard work and dedication in both running the business, managing the family, and properly nurturing us, their three children, at the same time.

Since I was a small kid, I have been looking up to my business idols Henry Sy and John Gokongwei. That’s why I named my 15-year-old son John Henry in honor of my idols.

At that time 15 years ago, I have not met both of them yet, but I have been following their amazing story of starting their business small and growing it to an enormous scale and reach.

Recently, I have been blessed to be partners and to have closely interacted with several seasoned older business people like Tony Tan Caktiong, Carlos Chan, Benedicto Yujuico, Justice Bellosillo and Antonio Go. They are almost twice my age so they have accumulated so much wisdom and I am lucky to learn a lot from them. 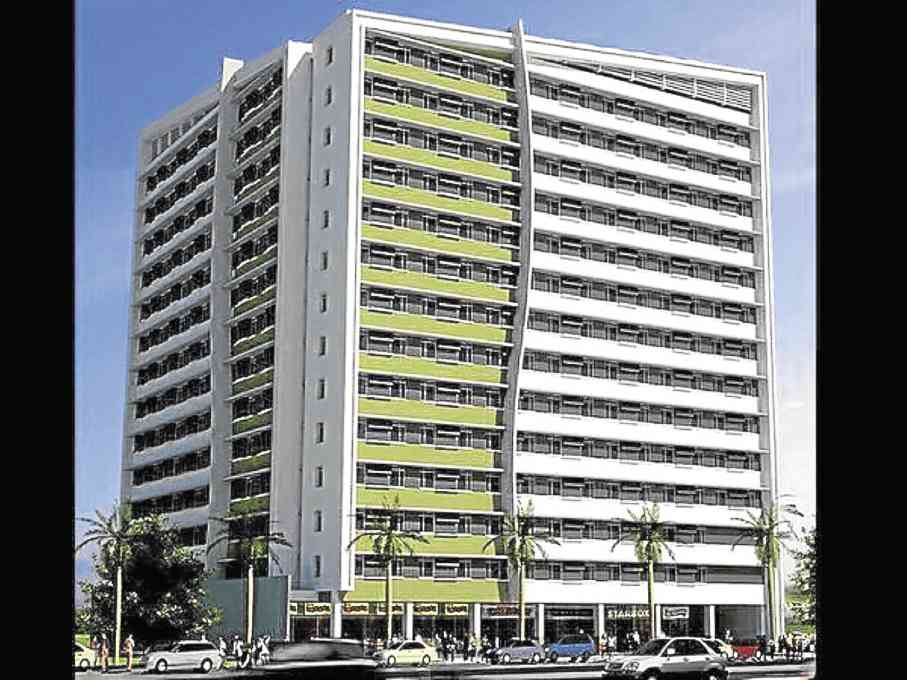 Injap currently holds a sizeable 37-percent stake in DoubleDragon Properties Corp., of which the Tan Caktiong family is a partner.

Q; What were the initial challenges and how did you resolve these?

A: In starting a business, given today’s mature business landscape, it is really a given that you will face a series of head winds.

In starting a business from scratch, the journey will comprise of three stages. The first is the start up stage, then transition stage, then sustaining stage. The most difficult stage are the first two stages of start up and transition, during which, as the founder, you really have to plan carefully and execute with intense passion.

Since many of the major obstacles happen in the first and second stages (of setting up the business), you have to brace yourself for all the difficulties.

In the case of DoubleDragon, we have also anticipated the start up challenges especially in our first two years. Like in our flagship business CityMall, we started two years ago with just one piece of vacant land, and with zero operating mall.

But so far, we have already progressed significantly—10 operating CityMalls; 28 more simultaneously under construction; and a total of 54 secured prime pieces of property.

By next year, we foresee that our projects can already be significantly felt and our CityMall brand will start to inch up in terms of brand recognition.

We believe that a year from now, when people travel in the provinces, they will already start to feel the strong presence of CityMall everywhere they go.

And we also aim to complete the acquisition of a total of 100 prime provincial land for CityMall within the next two years, in time for the completion of 100 CityMalls by 2020. Our other major Metro Manila projects DD Meridian Park in the Bay Area and Jollibee Tower in Ortigas central business district are both under construction.

Q: Do you think there’s still enough room in the industry for new players like you?

A: If you choose to compete in a traditional and mature industry—like in my case, the fastfood and real estate industry—the only way to compete successfully is to find a gap that the big and established players have missed. Or find opportunities in an ongoing transition.

So it’s really important to study the specific industry you wanted to take on, and look at it on a deeper level, to see if there is a gap that has been missed, or if there is a transition that is about to happen.

Q: Are you bringing something new to the table, an innovative approach maybe that will enable you to capture your target market?

A: Specifically for CityMall, we offer the modern community mall platform in over 100 secondary and tertiary provincial cities (as we seek) to be in the forefront of the shift from traditional retail to modern retail in the countryside.

As our millennial population also starts to become the working population, their minimum standards in retail also change and we believe that the CityMall will cater to that growing millennial new families.

Recently, we signed a partnership with ABS-CBN to operate the CityMall cinemas, which have completed our triangle in addition to having the existing partnership with the Jollibee Group and SM Group.

Having the top retail group, top fastfood group and top media and entertainment group under one roof inside CityMall,  we believe that this is a dream combination.

Q: How do you intend to differentiate yourself from the rest? How do you choose your developments?

In most cases, CityMall is the first branded modern format community mall in that city.

We believe that in a year or two, the provincial modern retail transition will already be evident, and by that time, CityMall and its tenants will be the biggest beneficiaries.

We choose our developments based on location but not only considering the current situation but also how we see the center of gravity to be eventually shifted to CityMall.

Q: What do you think is the reason behind your success?

A: I personally believe that I am just being used as an instrument to create something relevant and which will have lasting positive impact on our society.

I make it a point everyday to reflect if I am on track with my mission in life, and all I ask from Him is for continued guidance that I do remain on track.

A: My management style changes varies depending on what stage the business is in.

One’s management style, I believe, is like raising a child from birth, during infancy stage, adolescence stage and adulthood stage, and as such, the attention level and the areas of focus should also change.

Starting 13 years ago when I had put up Mang Inasal and up to today, I ask myself five questions and ensure that I will be able to say yes to all before I start a business.

Can this business venture last for generations?

Is there a gap that have been missed by the big players?

Is this venture scalable?

Is there an industry transition that is about to happen?

Will this venture create a lasting positive impact to the society and its people?

Q: What do you do in your spare time? If you were not the head of Double Dragon, which kind of work would you be engaged in and why?

A: In my spare time, I do treadmill for 40 minutes, about thrice a week. I also read books if I find an interesting one, listen to music, and hang out with my family.

I think if I am not running DoubleDragon now, most likely I would be enrolled in a course that I would find interesting. I think I will be involved in education-related charity work, because I believe that education is really the most effective way to lift people out of poverty.