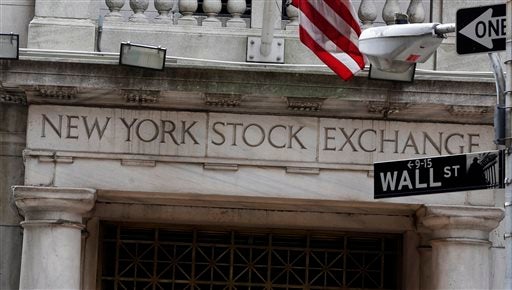 Wall Street stocks rose Tuesday, Dec. 6, 2016, as the Dow set yet another record close, and financial shares continued to benefit from a post-election rally. AP

Banking shares, one of the hottest sectors since the November 8 election, rallied on positive commentary about trading conditions from JPMorgan Chase and Bank of America at a banking conference. Bank of America, Goldman Sachs and Citigroup all rose more than one percent.

“Financial stocks continue to be a major standout,” said Michael James, managing director of equity trading at Wedbush Securities. “This is the main driver of the market strength.”

“Financial stocks continue to be a major standout,” said Michael James, managing director of equity trading at Wedbush Securities. “This is the main driver of the market strength.”

Teva Pharmaceutical Industries dropped 5.4 percent as it announced Sigurdur Olafsson was stepping down as head of the generics group, a move that surprised analysts.

Alaska Air Group gained 2.0 percent after the Justice Department approved its $4 billion acquisition of Virgin America, but required it to scale back a route-sharing alliance with American Airlines. Virgin America advanced 0.6 percent.

Boeing finished up 0.1 percent, shrugging off early weakness after President-elect Donald Trump called for the cancelation of the aerospace giant’s multi-billion dollar contract to build the next Air Force One due to ballooning costs. Boeing said it would work with the US Air Force to “deliver the best planes for the president at the best value for the American taxpayer.” CBB