IMI to open new factory in Serbia by 2018 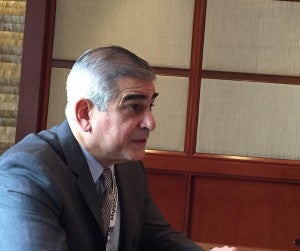 Ayala-led Integrated Micro-Electronics Inc. (IMI) is building a new manufacturing plant in Serbia, thereby expanding its European footprint to serve its growing market for automotive components in this region.

IMI chair Jaime Zobel de Ayala, who is chair and chief executive officer of parent conglomerate Ayala Corp., said in a press briefing on Tuesday that after expanding operations in Bulgaria, a new plant would be put up in Serbia to produce automotive parts.

The manufacturing plant in Serbia is expected to start construction by next year and commence production by 2018, based on IMI estimates.

The Serbian government has estimated that the new plant, which would be located in the city of Nis, would cost around 30 million euros (P1.58 billion) and employ around 1,250 in the next 10 years.

IMI’s expansion in Europe seeks to ride on an emerging shift in supply chain strategy, where manufacturers are increasingly finding it more sensible to produce their goods closer to their core markets, also known as “nearshoring” or “build where you consume”.

“The rising cost of manufacturing in China, concerns on intellectual capital protection as well as on customer responsiveness and turnaround time of the supply chain have made outsourcing less compelling in recent years,” Zobel said.

Three years ago, Zobel noted how Lenovo had set up a production line for personal computers in North Carolina to better serve its US-based customers. He also noted that Spanish-owned Inditex, which owns the Zara retail chain, was now keeping more than half of its apparel manufacturing within Spain, Portugal, and other nearby countries to allow its brand to respond better to fast-moving fashion trends.

“Our group has also made a similar move. IMI, our electronics manufacturing company, strategically established its automotive electronics segment in Bulgaria for proximity to the original equipment manufacturers based in Europe who are the end-users of its products,” Zobel said.

But since business in Europe had been growing quite fast, IMI saw a need to build a new plant in Serbia after expanding its capacity in Bulgaria. 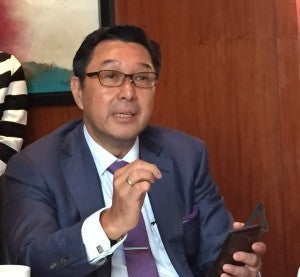