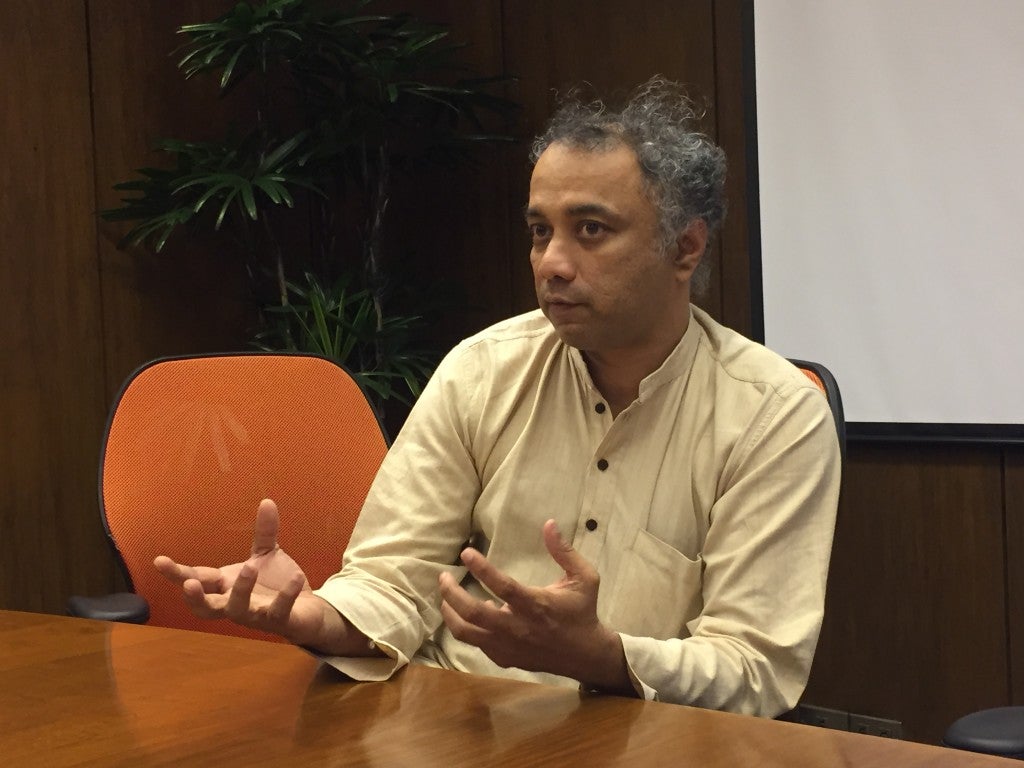 When a market vendor approached Selco Solar to have solar lights installed in her home, the social enterprise cut into her roof and installed a glass tile.

The woman, who sold snacks in the market at night, only wanted light so she can prepare food in the morning. However, because she was living in the slums, her house did not have enough windows to let the sunlight in.

Selco (Solar Electric Light Company) India chairman Harish Hande said it did not make sense to use solar lights in the daytime.

Hande, who has made it his life’s mission to provide sustainable technologies for the poor, said social enterprises like Selco aim to provide solutions and not just sell products to make a profit.

“Don’t sell to the poor. Look at what they need,” he told reporters during an interview at the Ramon Magsaysay Center.

Selco, which has been around for 22 years, has provided solar power to 350,000 households and employs 400 people, mostly coming from the communities they serve.

Hande, who was given a Ramon Magsaysay Award in 2011, is back in the Philippines to  share ideas with local social enterprises in the hopes of replicating Selco’s success in energizing poor communities in rural India. These series of workshops were hosted by the Ramon Magsaysay Transformative Leadership Institute.

EG Hizon, communications director of the Ramon Magsaysay Award Foundation said the lectures with Selco, attended by non-government and grassroots organizations, aim to pave the way for the setting up of solar or sustainable energy projects in Quirino, Iloilo, Basilan and other parts of the country.

“Philippines, like India, has a number of poor people and (is) at the forefront of climate atrocities,” Hande said.

He pointed out that the Philippines has one of the highest electricity rates in the world and that the poor should be taught that it is more costly to spend money on kerosene and gas than to invest in solar energy.

The key is long-term financing through institutions like rural banks.

Thomas Pullenkav, Selco technical advisor, said when a potential customer approaches them they break down the figures to show how much they will have to pay per month for solar energy, based on long-term financing. Often, it is cheaper than what the customer is currently spending on non-renewable energy sources.

To bring down the cost, they customize the solar power system to fit the lifestyle of the resident.

“Once you find out the bare minimum of what they need then it’s our job to find out how (it can be affordable for them),” Pullenkav said.

Pullenkav said a house needing two to four lights would require a system that costs around $180 to $200. Poor customers can pay in installments over a period of five or 10 years. Once they are done with the payments, they do not need to spend anything since solar energy is free.

And for those with small businesses, as in the case of the market vendor, electricity would allow them to earn more income. In the end, the system will be paying for itself.

Hande said customers only need to maintain the batteries, which are usually replaced every five years.

Hande said the goal of Selco is to create an ecosystem of social enterprises that serve the poor.

Instead of franchising or expanding to other countries, Selco has started an incubation program that allows them to work with like-minded individuals and groups.

Pullenkav explained that it will be difficult for them to try and serve all communities without power in India but it would be faster if they find partners that will implement similar programs in their localities.

That is what they are trying to do in the Philippines.

“Most of the things that we want them to learn is the mistakes that we made,” Hande said.

Among the lessons they share is the importance of having shareholders or investors who have the same expectations and goals.

Hande said not having money at first should also be considered a positive thing by social enterprises since it forces them to innovate.

Asked what he thought of the Paris Agreement, Hande said, “It does not focus on the poor (and sustainability.”

He said the agreement is dilute and is only historic because it made more than 190 countries agree on something.

Hande said the world should instead have heavy taxes on carbon, especially for goods that only benefit the rich.

Selco believes that to be truly sustainable, there should be decentralized use of renewable energy in communities where each house and building will rely on its own solar energy system.