In the slums of Tondo, Manila, hope flickers in broad daylight for poor communities in the form of solar power technology.

Amid makeshift houses, piles of garbage and mud-covered walkways, young mothers are operating a container van which has been transformed into a renting station of solar-powered rechargeable lamps in Sitio Damayan (Smokey Mountain).

The station, which houses about 400 lamps and serves more than 300 families in the area, was an initiative of nongovernment organization Life Project 4 Youth that started in 2013.

Team manager Cielabel Gaditano, 20, said renting a lamp would cost P5 or P8 depending on the power duration of the battery—some lamps last up to 30 hours, with others even exceeding that mark.

The case of the solar site in Tondo backs the principles of 2011 Ramon Magsaysay Award recipient Harish Hande, cofounder of Solar Electric Light Company (Selco). Known for his social enterprise of solar power technology in India, Hande believes it is not impossible for the poor to achieve sustainable energy.

In a conference on solar energy for the poor at Ramon Magsaysay Center on Thursday, Hande, who also toured the Tondo site, said social enterprise would not only give the poor access to electricity but also uplift their quality of living.

“[We should] not look at the poor as beneficiaries but as partners,” Hande said. “It’s not about the market. It’s about being inclusive, including the poor in the process.”

Selco has provided over 200,000 lighting systems to Indian households since its creation in 1995.

“The poor can become asset creators,” she said. “Social enterprise will help rural communities engage in economic activities that will encourage them to get out of the clutches of poverty.”

RMAF communications director Tina Virina also highlighted the importance of a finance mechanism by establishing an “enterprise for the poor and by the poor,” adding rural communities should not settle with dole outs.

“Let’s not get into donation, let’s go into development,” echoed Erel Narida, CEO of One Renewable Energy. 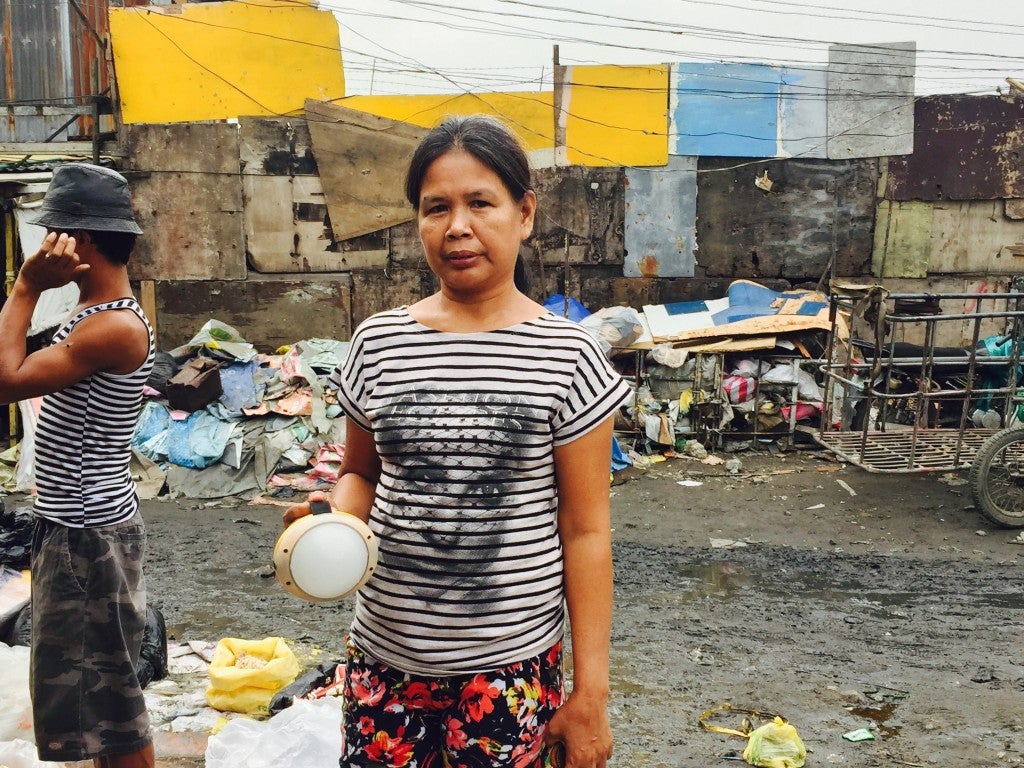 Seeing a similar project during the site visit in Tondo slums, Selco lead designer Huda Jaffer said: “The context (of our project) is very similar on what we saw today.”

Selco principal analyst Surabhi Rajgopalan also underscored the crucial role that the government can play in promoting the advancement of solar power technology in the country and expanding the operations of existing enterprises.

“[We need to] talk to government institutions if we can become part of the planning process,” she said.

“These are models that can be replicated,” Hande added.

Asked why the cost of renting a solar lamp at the Tondo site was only P5 to P8, 18-year-old worker Bernadette Moralita said the organization’s mission was not to generate income but to improve the lives of poor communities.

“This is not only about livelihood but to help them plan their lives ahead,” said Julien Vidal, Philippine coordinator of Life Project 4 Youth.