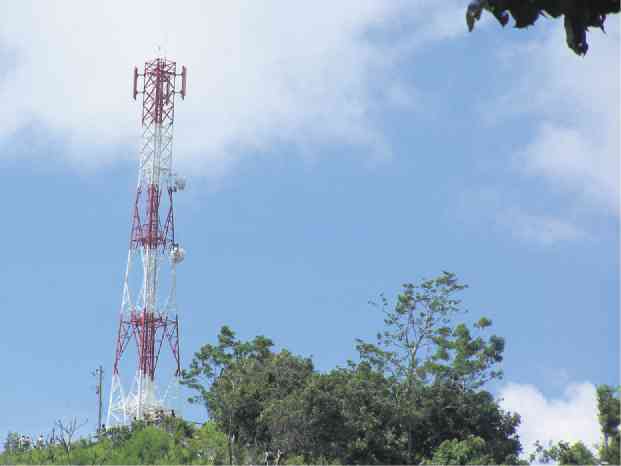 PLDT and Globe will own 95.45 percent of Liberty after a tender offer is satisfied. Liberty owns a large chunk of the 700 MHz spectrum.

Liberty, among the units being acquired under the SMC holding company Vega Telecom, held most of the coveted 700 megahertz (MHz) spectrum, the main target of the P70-billion deal launched by the incumbent telco players.

Their elation was short-lived. Here is a quick recount of what occurred:

First was the uncertainty over a tender offer—it was eventually announced by PLDT and Globe—but it would take the form of a “voluntary offer” instead of the mandatory one that usually accompanied such changes in ownership.

Next, and more controversial, was a tender offer price that was deemed so low that some minority investors stood to lose money.  That was after it was circulated the 700 MHz was “reassigned” to another company, an event that was not disclosed for more than a year.

It turned out that reassignment was hardly relevant as far as valuation was concerned. Backed by an independent fairness opinion, no value for the frequencies likely worth billions of pesos was assigned as the owners invoked certain accounting rules.

Liberty jumped as high as P5.05 per share the day the mega telco deal was announced.

Its fall from that level has been dramatic following the barrage of bad news for minority owners. Complaints flooded the regulator. A minority shareholder group even asked President Duterte to intervene.

The process was soon over, and the tender offer was concluded by the extended Oct. 20 deadline at the same controversial P2.20 per share price.

During this period, the Securities and Exchange Commission, dealing with numerous appeals, intervened by asking Liberty to disclose more details. The company only complied with some.

Did we see the corporate regulator in action in terms of protecting minority rights? Did it do everything in its power?

Regardless, the SEC’s reaction was precisely part of the problem, according to lawyer Lorna Patajo-Kapunan, senior partner at Kapunan Garcia & Castillo law offices.

“They should prevent fires instead of fighting fires,” Kapanun told the Inquirer, as she called for a more “activist” role for regulators.

“The SEC and the Philippine Stock Exchange are regulatory bodies, but they lack teeth,” added Kapunan, who is also a member of Shareholders’ Association of the Philippines.

The recognition of minority shareholders’ rights has made strides in recent years. But this brief slice of history on Liberty’s fate confirms what a good deal of minority investors still fear: that they can still get the short end of the stick.

A tender offer is a mechanism designed to protect minority shareholders in an event like a buyout of a company. Specifically, it gives them the option to exit at the same price as the major selling parities.

There have been numerous cases where minority investors were able to get a fair deal.

Complaints mainly occur when investors feel they are being shortchanged.

There are several examples of this, including the last mega telco deal involving the buyout of Digital Telecommunications Philippines Inc. (Sun Cellular) by PLDT in 2011.  Digitel’s minority, facing no other choice, tendered their shares “under protest.”

PSE president Hans Sicat, in an interview, warned not all situations were the same, and that sometimes, speculators were driving these issues to make extra money.

“The mere fact that there are complaints doesn’t mean those complaints are valid,” Sicat said.

The SEC was more blunt, saying investors should be more careful. There was always risk involved in investing, SEC chair Teresita Herbosa said.

But Liberty’s case stands out as investors cited the sheer amount of confusion regarding important business decisions and events, and how it ultimately affects their shareholdings.

In a widely circulated report, Papa Securities, which made a case for a tender offer price of P5 per share, said investors “were kept in the dark” regarding the reassignment of the 700 MHz, held by Liberty’s unit Tori Spectrum.

“If the investors had known of this information, then the stock should have traded closer to its true value,” Papa Securities wrote.

“Investors should not be rewarded with such a large loss of wealth by either the gross negligence of a company, or by their withholding of pertinent information,” it added.

In fact, the SEC decided there really was a violation of disclosure rules concerning the frequency reassignments via a co-use agreement.

On the same day the tender offer closed on Oct. 20, the SEC’s Markets and Securities Regulation Department wrote Liberty to say it should have told investors about the co-use agreement. This co-use deal was approved by the National Telecommunications Commission over a year prior.

The reassignment of Liberty’s 700 MHz was made to another SMC-controlled firm, Bell Telecommunications, on March 17, 2015. According to the SEC, it was only made aware of this event on July 28, 2016, or 16 months later.

Liberty, based on the results of an independent fairness opinion on June 2016, was worth anywhere from P0.08 per share to P0.33 per share since the value of frequency assets were not considered.

The opinion noted that Liberty’s Tori “ceased to be the assignee of the aforementioned frequencies,” given representations made by new management led by PLDT and Globe.

Statements were released that the tender offer, now backed by PLDT and Globe, was already priced at a generous P2.20 per share, given the fairness opinion’s findings. The tender offer was triggered given plans by the new owners to delist Liberty from the PSE.

Since the reassignment occurred while SMC still owned Liberty, the conglomerate explained its side to the SEC.

Recall that SMC at the time was still putting together a plan to launch a rival telecommunications player, mainly to challenge PLDT and Globe in the increasingly lucrative mobile broadband space. Tori’s valuable frequencies played a role in this.

SMC noted that the overall strategy was to launch its network under a “unified rollout plan,” which would require capital spending of at least $1.1 billion. But at the time, Tori had a P1.6 billion capital deficiency and, thus, was “in no financial position, without additional equity contribution from its shareholders, to roll out an LTE network.”

The “reassignment”—via a co-use agreement—to BellTel was necessary, SMC said. This was so BellTel would shoulder all the capital and operating expenditures for the network that would utilize a combined cellular mobile and fixed, nomadic and/or mobile broadband technology.

Why didn’t SMC or Liberty disclose this reassignment?

According to the conglomerate, it was “soft information” at the time, meaning the telco infrastructure and strategy were still being established and SMC wanted to avoid tipping off competition.

SMC also noted no value was assigned to Liberty/Tori’s frequencies because this would only be realized once it was used, and generated revenues.

The conglomerate, however, said Liberty/Tori still had access to the frequencies.

According to the SEC, an amended fairness opinion was then issued to clarify that Liberty/Tori’s  frequencies were not cancelled, contrary to what was earlier stated. Nevertheless, this still had no bearing on valuation given the explanation above: the frequencies were not being used at the time of the sale.

The SEC accepted this explanation. It also accepted there was no breakdown of the P70-billion deal to buy Vega.

Recent events dramatically changed the future of telecommunications in the Philippines. SMC sold off its telco assets, and with the unified rollout plan no longer in place,  these developments, including the co-use agreement, eventually came to light.

Even as the SEC rejected that argument that it was soft information, the tender offer pushed through.

And as far as the SEC was concerned, the tender offer had complied with all regulations.

“If they want to sell at that [ higher] price, then they have to find a buyer at that price,” Amatong said.

As the dust settles, new reforms are being pitched.

Sharephil itself has made a proposal to further protect minority rights in case of buyouts.

It suggested the PSE itself assume the role of hiring independent appraisers to remove any taint of conflict-of-interest. Currently, it is the company or group launching the tender offer that bears the burden of contracting a third-party fairness opinion.

Kapunan also suggested that the SEC be empowered to deal with intra-corporate disputes.

“Right now, anything that involves shareholders’ rights goes through intra-corporate courts,” she said. “For instance, in Makati, where many companies are located, there are only two regional trial courts that deal with these corporate matters. The courtrooms are clogged, which is not good for business.”

But those are longer-term solutions, and are beyond addressing the woes of Liberty’s minority.

On the part of the SEC, Amatong hinted at possible reforms in the future, given the case of Liberty. He declined to get into details.

Waiting for eventual relief is a familiar scenario for many small investors. Like many occasions in the past, their fate is out of their hands.