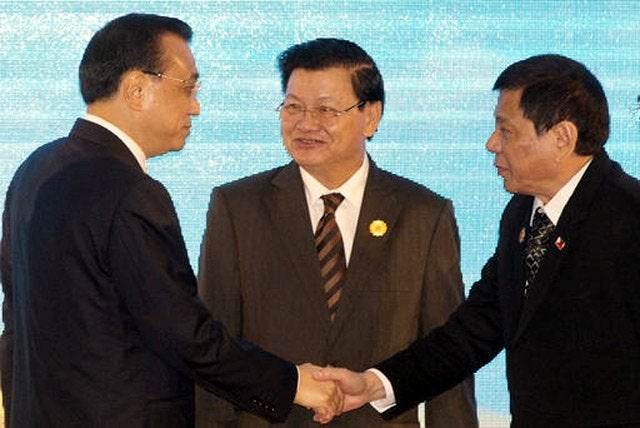 HONG KONG—As President Duterte heads to mainland China for a historic state visit this week, expectations are high that he will obtain commitments to hefty Chinese foreign direct investments that will help ease local infrastructure bottlenecks while boosting cooperation to curb drug trade.

Mr. Duterte is also widely expected to bring up the “elephant in the room”—how both countries can move forward after an international tribunal ruled in favor of the Philippines’ maritime rights in disputed territories.

The President will be arriving in Beijing on Tuesday after a three-day state visit to Brunei, which began on Sunday. He and Brunei’s Sultan Hassanal Bolkiah held talks on bilateral and international issues.

Fishing communities that rely on the disputed seas for livelihood, as well as oil exploration firms that plan to drill and explore oil resources in these areas, are among those seen eagerly awaiting how the Philippines can unlock gains from the ruling of the Permanent Court of Arbitration in The Hague.

On Friday at a forum in Quezon City, China’s ambassador to the Philippines, Zhao Jianhua, said he was confident a solution could be found and eventually the two countries could create “a sea of peace and cooperation.”

“The Chinese side is very much interested in fishery cooperation. That is a kind of response to your President’s concern about fishermen,” Zhao said when asked by a reporter about granting Mr. Duterte his wish of unhindered access by Filipino fishermen to the Scarborough Shoal.

“We would like to explore the possibility of how we can handle it properly. I think both sides are going to be able to work on a possible solution to this problem,” the ambassador said.

Zhao said more than a dozen memorandums of understanding would be discussed and finalized [this week] in Beijing, predicting a “dramatic increase” in Chinese investment and tourists to the Philippines.

China would provide soft loans and its firms would carry out major infrastructure works in the Philippines, he said.

Zhao said China might be open to discussions in future toward resuming joint development with the Philippines of offshore gas reserves, which were stalled at the peak of the sovereignty row.

He later said that China would be supporting a second drugs rehabilitation facility next year in the Philippines, funded by a private Chinese donor.

Romeo Bernardo, an economist at New York-based think tank Global Source, said in a text message that he was hoping that the state visit could cover “much welcome enhanced economic cooperation with China, especially in areas that will improve access to Philippine products and services, encourage more tourists and direct investments in production activities, including joint development of resources.”

Bernardo said the agenda should cover “cooperation in building and financing infrastructure needs to be subjected to full economic and financial evaluation as to viability and best procurement source.”

However, he added that there should be “no preconditions” on yielding of sovereignty over the West Philippine Sea.

“This trip should pave the way for an increase in Chinese foreign direct investments (FDIs) into the Philippines. As a country, we need more FDIs and more linkages with the regional trade flows and ecosystem to bump up our level of sustainable growth rate,” said Michaelangelo Oyson, president of BPI Securities.

“China is looking for investment opportunities abroad as it seeks to address its potential supply imbalance in natural resources and its emerging wage disadvantage. The Philippines is in a good position to capture this investment flow especially as government seeks to enhance governance and improve ease of doing business,” Oyson said.

In a research note, local brokerage house Papa Securities said the stock market should get some boost with Mr. Duterte’s visit to China with his entourage of businessmen.

“It is likely that they would go all-out in promising huge FDI flows to the Philippines, along with easing import barriers into China. On their part, the administration is preparing for the inflow of Chinese development loans by formally joining the Asian Infrastructure Investment Bank, which could be one of the funding sources of the P8 trillion the government wants to spend on infrastructure projects over the next six years,” said the brokerage house.

The Duterte administration’s spending commitment is equivalent to around P1.66 trillion a year. As a historical caveat, Papa Securities noted that the Aquino administration had promised P600 billion in yearly infrastructure development from 2013 to 2016 but delivered only half of that amount.