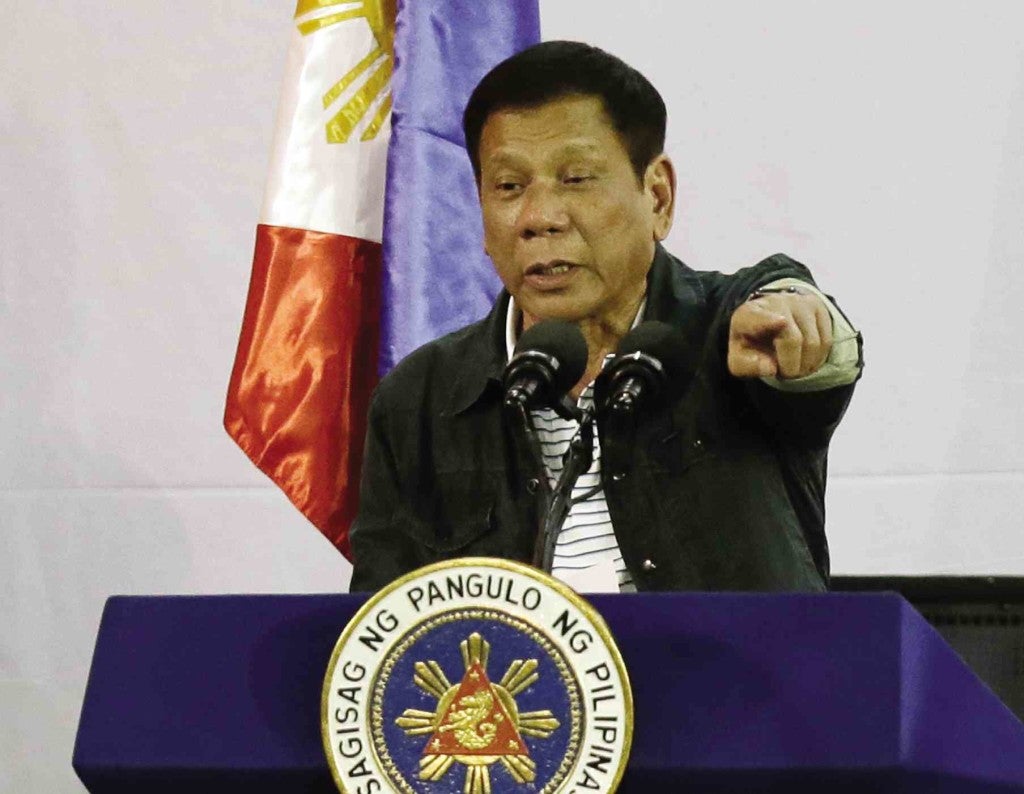 President Rodrigo Duterte has threatened telecommunications companies to improve their services or face new competitors under his administration.

In a speech at the National Banana Congress in Davao City on Friday, Duterte said he would have a one-hour morning television show devoted to receive public complaints on erring government officials and offices.

“Now there is a Malacañang TV, PTV4, so may program ako dyan (I will have a program there), I’ll give about, every morning, one hour. Lahat ng Filipino na nakatikim ng (All the Filipinos who have experienced), whether it’s in the permit sa office of the mayor, or an electrical clearance or way of right already paid but unimplemented, itext mo na lang (just text me your experience). Your name, the government official, do not add your name,” he said.

He said he would open a number where the public could text their complaints.

But the President told the two owner of the telecommunications firm to improve their service.

Businessman Manny V. Pangilinan or known as “MVP” is the chairman and CEO of PLDT and Smart.

The Ayalas, meanwhile, are major shareholders in Globe Telecom.

In an interview with radio dzBB on Saturday, Presidential Communications Secretary Martin Andanar laid out the government’s plan to solve the notoriously slow internet connection as suggested by Rudy Salalima, head of the Department of Information and Communications Technology (DICT).

Earlier this year, San Miguel Corp. and Australian firm Telstra failed to reach a deal which would have challenged the present duopoly of PLDT and Globe. IDL