Microentreprenuers get more than a little help from Puregold 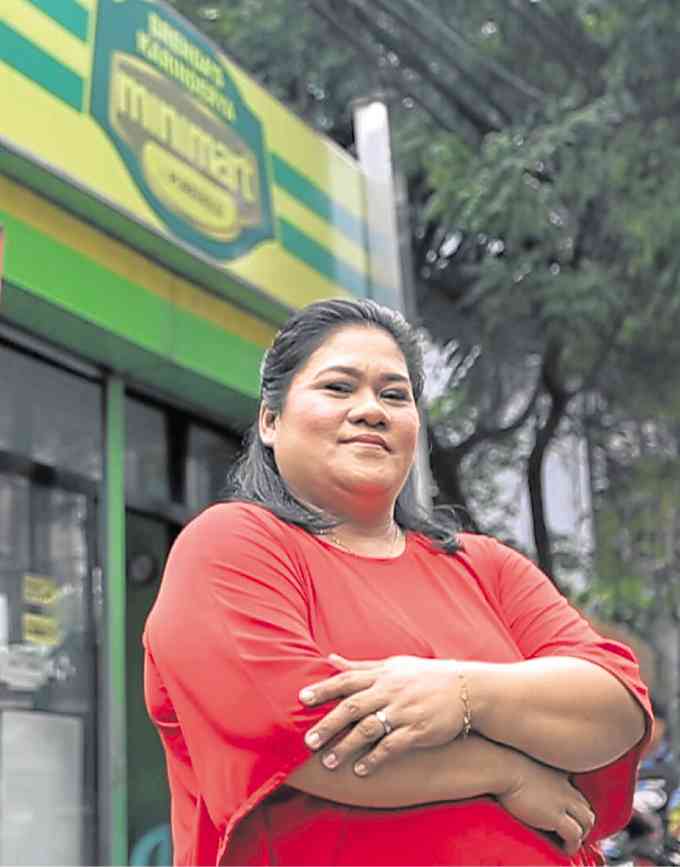 Fourteen years ago, Brenda Arangat lost her job of 13 years at a restaurant when it closed shop. To help with household expenses, she started selling on the streets—mostly kakanin (rice cakes).

After saving up, the mother of two opened a small carinderia in Mandaluyong, where she found the perfect neighbor and “business partner”: a Puregold grocery store, which became her go-to source for supplies.
Now she runs a mini mart herself in San Juan City, aside from her carinderia, plus a convenience store and “rolling canteens” that she placed near construction sites.

The 42-year-old microentrepreneur also became the poster woman of Puregold’s third and largest “Kaindustriya” convention, held recently at the World Trade Center in Pasay City for the company’s Kaindustriya program members, as she is the first Kaindustriya member to make it to Puregold’s list of Top 10 earners this year.

Kaindustriya is an annual convention organized by Puregold for its 12,000 members who are owners of small food businesses.

“[Arangat’s case] shows that if you partner with Puregold, we don’t only sustain your business, we find ways to level it up,” said Antonio de los Santos, Puregold vice president for operations.

Compared to Puregold’s 300,000-strong Tindahan ni Aling Puring (the “club” of sari-sari store owners who purchase their stocks from the supermarket chain) members, the five-year-old Kaindustriya Program only has 11,000.

“People have asked me: [Kaindustriya] contributes a very small share to the business; why do you invest so much? And I say to them, why not? Our attention to sari-sari stores also started out small, [but] right now, the image of the sari-sari store is linked to Aling Puring. So that’s we want for small food businesses,” De Los Santos said.

Besides, he added, the company’s interest in helping food microentrepreneurs has always been part of Puregold’s longtime “advocacy”, which is to support the country’s small and medium enterprises (SMEs), considered the backbone of the country’s corporate sector.

“[If] you have a carinderia, or want to start something similar, be a Kaindustriya member. Puregold can help you. We can do something even with just a capital of P1,000, some siomai or squid balls. Coupled with the right amount of discipline, that P1,000 will grow soon enough,” said De Los Santos.

Aside from the numerous discounts and other perks Puregold offers to both its Aling Puring and Kaindustriya members, there is also what De Los Santos called their “mini mart program”: Basically, if you have extra space, like an idle garage or lot, and would like to extend your business, just apply for the program and Puregold will build the mini market for you.

There are also regular consultations with Puregold agents who check up on how these mini marts are doing.

Of course, such perks are not available to all Aling Puring or Kaindustriya members, but only to those who fall under the Gold category: members who have spent at least P1.5 million in Puregold purchases in a year.

There are so far 57 of these mini marts, Arangat’s included, in Metro Manila, Laguna, Cavite and Rizal.

“This is the result if the partnership between you and Puregold is strong,” said De Los Santos.

Read Next
Poverty, not credit rating, is gov’t priority
EDITORS' PICK
Legarda: Ending Violence Against Women, a cause for all
This new condo in the South will make you want to turn a new leaf
CHR hopes inequalities exposed by COVID-19 pandemic are addressed
Smart offers wireless fiber-like speeds to Filipino homes with country’s first 5G Prepaid Home WiFi
BOQ monitoring 64 travelers from ‘red-list’ countries amid Omicron
DOH: Booster doses for fully vaxxed adults to start December 3
MOST READ
Roque defends Bongbong Marcos: ‘He was only 15 years old in 1972’
Ex-DOT chief Ace Durano convicted of graft over 2009 project
DOH: Booster doses for fully vaxxed adults to start December 3
Another disqualification petition filed against Bongbong Marcos
Don't miss out on the latest news and information.