Women in boards, hear them roar 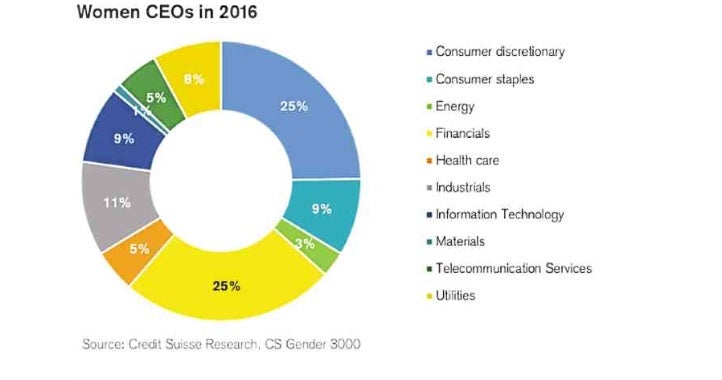 According to the results of a gender diversity study by a Swiss-based financial institution’s think tank, higher female representation in boardrooms and senior management posts equates to better business performance, and more women are occupying such high-ranking positions.

The second edition of  Credit Suisse Research Institute’s biannual report “The CS Gender 3000” titled “The Reward for Change” showed that companies that have at least three women on the board have three times higher market capitalization compared to those who only have one female representative.

The study reflected that women occupy around 15 percent of boardroom seats in these companies—a 54-percent increase since 2010.

In the first CS Gender 3000 released in 2014, female participation in senior management was at a global average of 12.9 percent; this year, that figure rose only to 13.6 percent.

Thailand overtook Singapore (now third in the region) to rank  first in terms of female participation in senior management (CEO and those reporting to the CEO), with 27.8 percent of the senior positions now held by women, followed closely by Philippines at 25 percent.

This could have an impact on how hard or easy it is for women to rise through the corporate ranks, as the study also found that women tend to surround themselves with fellow women—meaning female senior executives tend to place other ladies in senior roles as well, such as business unit heads.

This attitude, according to the study, debunks the “Queen Bee syndrome,” a belief that women who have made it to the top will exclude or prevent other women from achieving the same feat.

Supporting this finding is the report’s additional chapter dedicated to microfinance institutions, a business area wherein, based on figures from other gender diversity studies, girl power, apparently, rules.

The report showed that women thrive in microfinance institutions—may they be senior management officers, loan officers, or even clients. 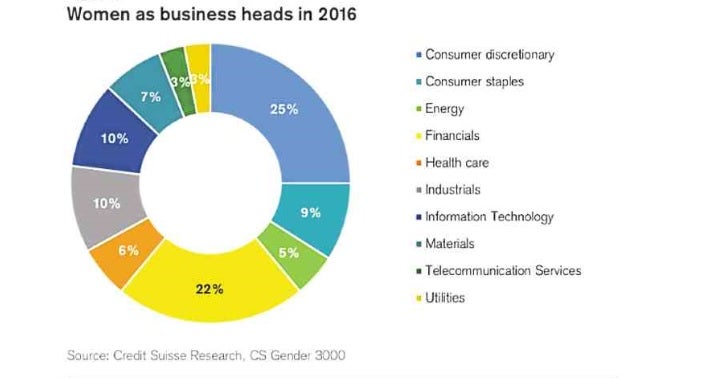 Comparing CS Gender 3000 data on the number of female chief executive officers (around 4 percent) to those published in recent studies concentrating on microfinance institutions, the latter’s percentage of female CEOs showed a number seven times higher.

Female lending officers, in particular, tend to be better at their job than their male counterparts.

The possible reason? Women could be better at handling the purse strings, so to speak, as they are better at gauging a client’s social context; or they could just be better at soliciting payments.

The report also noted that female-led microfinance companies tended to have more women in their boards, are more likely to have a woman as chair of the board, and cater more to their fellow women as clients.

Still, the microfinance sector’s anecdote is but a sidebar to the CS Gender 3000’s findings, which indicate that a gender-balanced workplace is still far from being the norm.

Rohner and Bohnet, however, remain hopeful: “While the progress in including women into senior management may fall short of immediate public hopes and expectations, our research reconfirms that gender diversity is a central factor influencing business differentiation, investment strategies and, ultimately, financial performance.