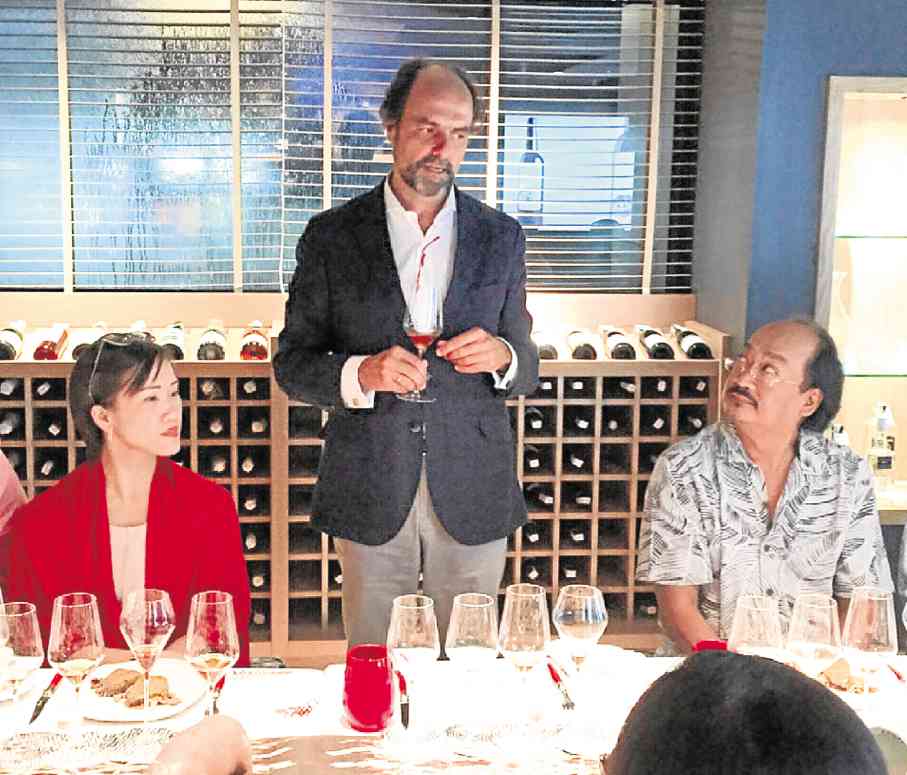 Sherry must be the most underrated wine, relegated to no more than dessert and reserved for holidays.

But head over to Txanton and Besa y Gonzalez Brito will change your mind.

The general impression is that sherry is no more than a sweet, syrupy wine. Turns out that it is only one dimension of the full range of sherries from the “Sherry Triangle,” an area in the province of Cádiz marked by three regions: Jerez de la Frontera, Sanlúcar de Barrameda, and El Puerto de Santa María. Beyond the sweet Pedro Ximenez sherries, there are several other varieties, some even reek of oak.

“Smell it, it’s fantastic,” wine connoisseur Noel Ermitaño said as a 45-year-old Palo Cortado was poured for the second course. It did not smell like the usual sherry at all. Instead, it was reminiscent of an Islay single malt.

“A whisky drinker knows what sherry is,” said Bodegas Tradicion’s Lorenzo Garcia-Inglesias, noting that those who appreciate an oaky flavor are also inclined to appreciate sherry.

The Palo Cortado is one of the most popular sherries today—although previously the least known—because of a newfound appreciation not only for its bouquet but also for its “mystery” (a documentary “Sherry and the Mystery of Palo Cortado” was entered in the Berlin Film Festival).

This sherry reportedly originated as a Fino, the driest and palest of the traditional varieties of sherry, but deviated with unplanned yeast activity that influenced the flor (a film of yeast on the surface of wine important in the manufacture of some styles of sherry); the result is a sherry more similar to an Oloroso, a dark and nutty sherry, with a similar alcohol content of between 17 and 22 percent.

“We drink sherry with food,” Garcia shared. “Although my lifestyle is biased,” he added with a wink.

At the Bodegas Tradicion dinner at Txanton, Garcia, in collaboration with Besai and Txanton’s Chef Justo Rodrigo Lopez (from Bilbao), paired the Palo Cortado with Salmorejo with Crispy Ham. And for a proper introduction to the 12-year-old Fino Viejisimo, the “easiest” sherry, this was indulgently paired with four parts of a leg of Bellota from Denominacion de Origen (DO) Pedroches: Maza, Contramaza, Babilla and Jarrete.

From the Palo Cortado, pairing progressed to the Amontillado, sherry that is darker than Fino and great with savory and strong-flavored food.

Over dinner, Garcia shared that he had just experienced a Chinese dinner paired with sherries: dumplings were paired with Fino while duck was paired with Amontillado. He also hinted that Amontillado might be good with lechon.

I preferred the 45-year-old Amontillado although it is the 80-year-old that was given 99 points by Robert Parker. But think twice before allowing an 80-year-old to drink this 80-year-old: while it is extremely tasty, it has approximately 24 percent alcohol.

For the main course of Wagyu beef cheeks, Garcia brought out the Oloroso, also aged 45 years. This is a voluptuous sherry with lots of fruity notes and quite manly with whiffs of oak, tobacco and leather. But true to the sweet nature of sherry, it also has hints of candied orange peel. A great pair for the menu’s piece de resistance.

Cream, another kind of sherry—“I cannot do anything about the name,” Garcia joked—which is 70 percent Oloroso and 30 percent Pedro Ximenez, was paired with a dessert of cream cheese with raisins.

“This wine,” Garcia explained, “could be a key opener to the non-sherry drinker or the non-aged sherry drinker.” 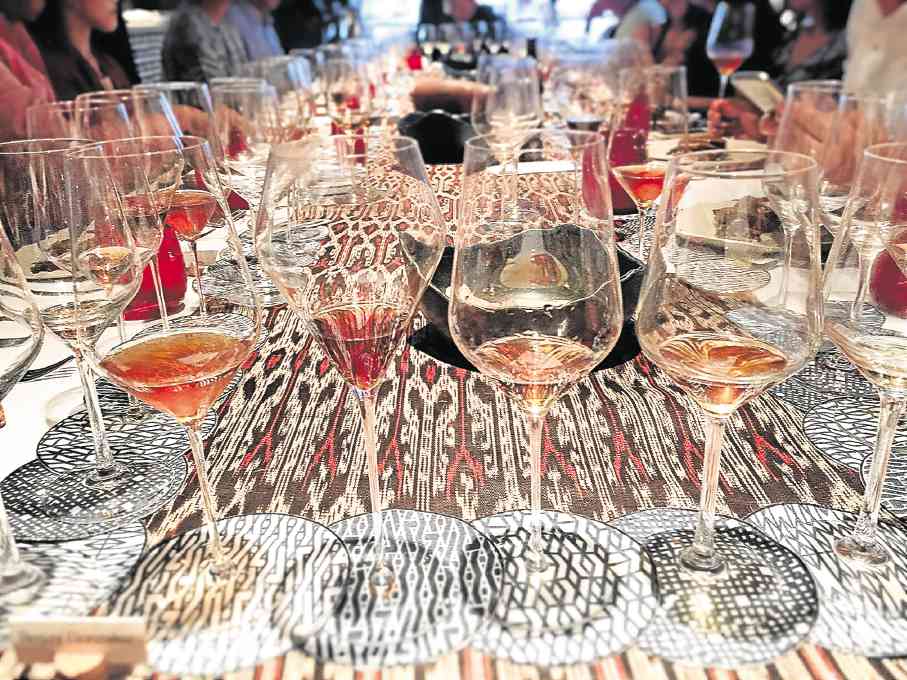 INSTEAD of the usual reds, consider a six-course meal with sherry. Photos courtesy of Txanton

That is because there is a note of sweet but there are also woody notes.

Garcia added, “At the back end of this wine, you can still feel the Oloroso.”

In Jerez, Cream is paired with offal, so maybe I will try it with Nana Meng’s dinuguan.

Dinner could not conclude without having guests try the quintessential sherry: Pedro Ximenez. Garcia served a 25-year vintage that was characteristically very sweet. If you have this for your own celebration, pair with blue cheese or atop vanilla ice cream.

But the takeaway from the dinner is that sherry is not just the typical sweet and syrupy Pedro Ximenez-style wine most are familiar with. From Fino to Palo Cortado to Amontillado to Oloroso to Cream, there is an almost infinite array of depths of flavor and character to explore.

No wonder Sir Francis Drake, naval commander of the Elizabethan era, “singed the beard of the King of Spain” in a 1587 raid on the Port of Cadiz and brought home 2,900 barrels of wine to the joy of the Brits.

After a taste of Bodegas Tradicion sherry, you would want to hoard some sherry, too … maybe not 2,900 barrels but at least a bottle or two. Then pair it with jamon … or lechon!