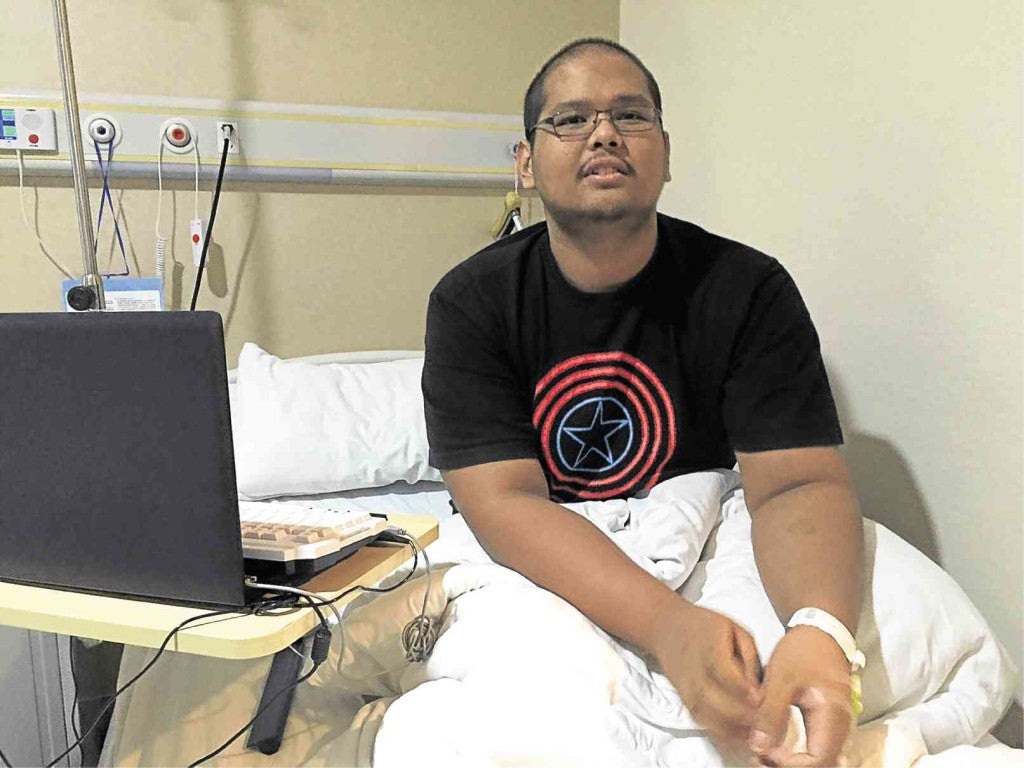 HOPEFUL Roque Bello inside his hospital room in MCHG

Roque Esteven Bello, 21, was diagnosed with bone cancer in 2013 and was told by Manila-based doctors that he had six months left to live, despite having undergone a leg amputation and chemotherapy sessions.

But Bello heeded a recommendation from a likewise cancer-stricken friend and took his chances at Modern Cancer Hospital Guangzhou (MCHG), an 11-year-old medical establishment in the southern Chinese city, that offers what it considers to be advanced and alternative treatment methods.

What’s there to lose? Bello and his family then thought. Why not make the most out of such available options?

He was soon undergoing Cryotherapy, MCHG’s alternative to traditional physical therapy, which the hospital also described as “extreme cold and extreme heat” cancer treatment that uses argon and helium to freeze, and later blast, the tumor.

In an interview at the hospital, Bello’s sister Maria Rochelle recalled how those anxious times gave way to renewed hope. “They told me my brother had six months left to live. Two years later, after we sought treatment here, my brother is still alive.” “I’d rather come here than wait for my brother to die. He has a chance here,” said the sibling, who was in Guangzou earlier this month to accompany her brother for another session. 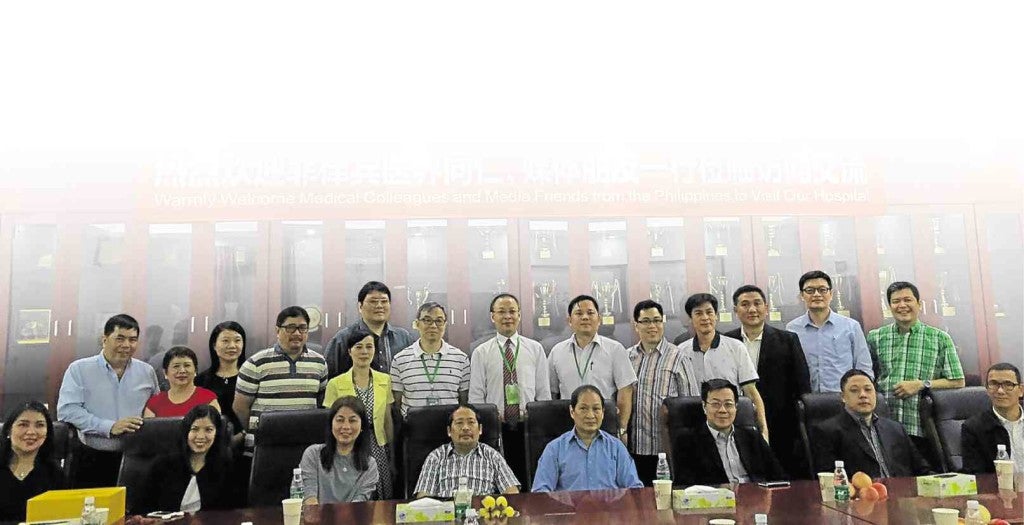 HOSPITAL officials welcome Filipino doctors during their visit in Guangzhou.

Accredited by Joint Commission International, which sets global standards in healthcare, MCHG boasts of advanced facilities, technologies and methods to treat cancer, whose common aim is to minimize patients’ pain and reduce the side effects of cancer treatments.

Its “main technology,” Minimally Invasive Targeted Treatment, combines traditional Chinese and Western medicine, according to the hospital literature. “Compared with traditional cancer therapy, minimally invasive technology is accurately targeting the cancer cells so it will not damage the normal functions and has very little side effect. Being less painful or having no pain at all is also a feature of minimal invasive surgery.”

Another treatments offered is the Particle Knife, dubbed as a substitute for traditional radiation therapy, which uses Treatment Planning System that implants radioactive particles to target and destroy tumor cells.

“With time, the amount of radiation accumulate to be large enough to destroy the DNA double strands of tumor cells,” the hospital said.

It also offers Interventional Therapy, which delivers cancer medicine directly to the tumor through catheters inserted into the body. With the help of imaging technique fluoroscopy, the physicians could locate the tumor and direct the needles into it, and deliver the needed medicine to kill or shrink the tumor, depending on its size.

To showcase its services, MCHG recently invited over a dozen Filipino doctors to witness two live operations that were both followed by an open forum with Chinese physicians. Accompanying the group was the hospital’s marketing head in the Philippines, Dr. Chris Lim.

“The idea of bringing doctors here is that we want doctors who are open-minded. Those who are open to possibilities about new medical techniques,” Lim said in an interview. “Nothing compares to seeing the procedure firsthand.”

Lim said MCHG had slowly gained prominence among Filipino patients and those from Southeast Asian neighbors (Cambodia, Vietnam, Indonesia) and the Middle East. In the Philippines alone, the hospital accepts five to 10 patients a month.

This level of confidence is not only reflected in the numbers but in the type of patients that seek help. Lim recalled that in the past years only those with Stage 4 cancer came to see them. On a more candid note, he said these were apparently patients who finally chose MCHG “out of desperation.”

But this pattern has since changed, Lim said, as the hospital achieved “a 95-percent success rate.” The hospital’s Manila office now receives Stage 2 and Stage 3 patients, an “indicator” that MCHG has become “a hospital of choice,” he said. 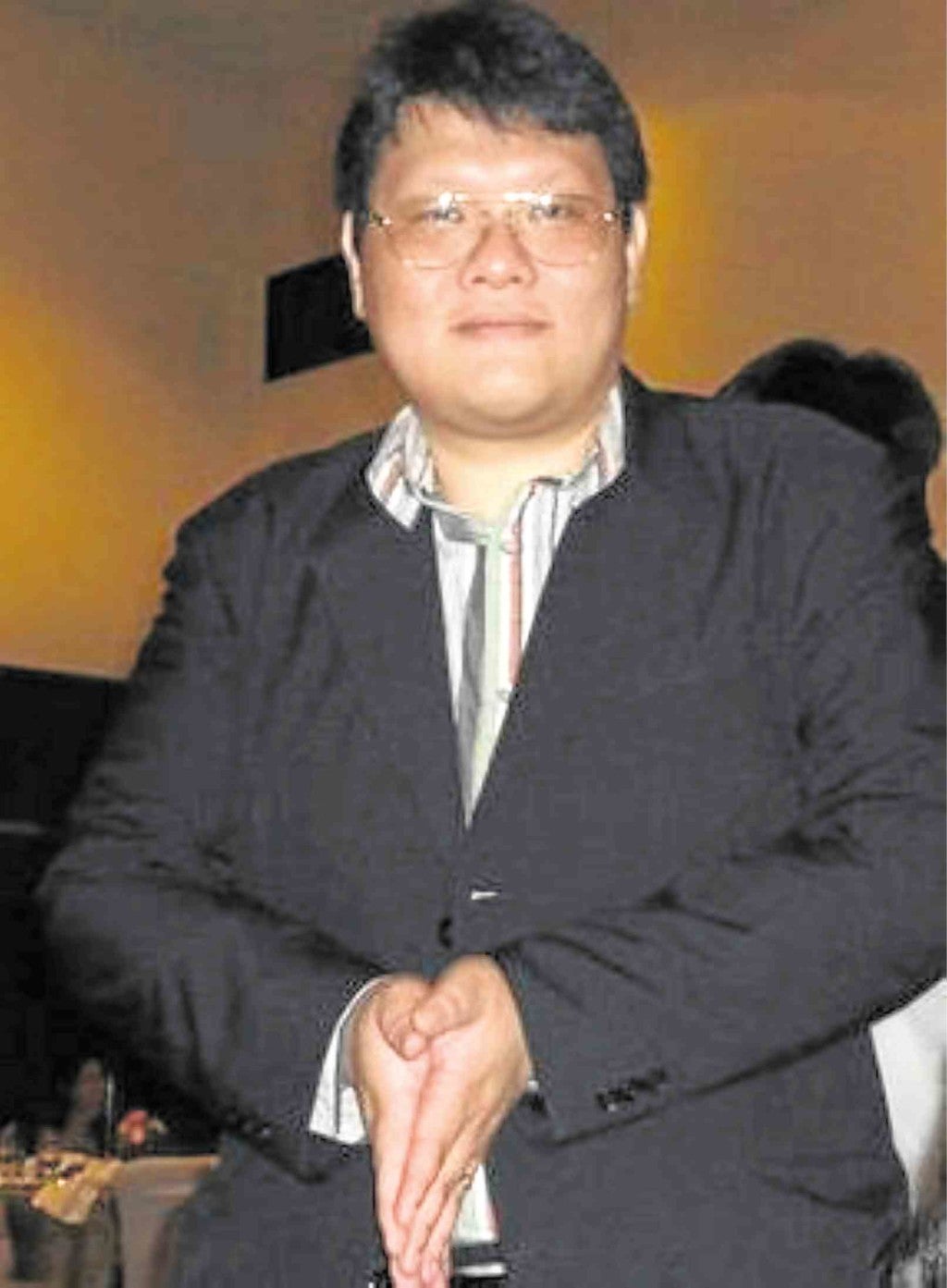 According to Lim, one of his goals as  Philippine marketing head is to partner with local hospitals and health maintenance organizations for arrangements that can make the MCHG treatments more affordable for Filipino patients.

Those who wish to inquire about the hospital need not go to China for consultation since it has an online consultation system where patients of different nationalities can discuss their condition. The hospital provides translators for non-English or non-Mandarin speakers.

Patients and their relatives staying at the hospital can freely communicate online, with no Chinese firewalls, as the facility offers an “international zone” for foreign patients who wish to access the internet.

Filipino doctors who were given a tour of MCHG gave different takes. Impressed by what she saw, Dr. Evelyn Macapagal, an OB-GYN, said she would recommend the hospital to a friend who has cancer. “If they have the money, why not?” Macapagal quipped.

Dr. Ray Casile, an ear, nose and throat specialist from St. Luke’s Medical Center, said he would like to see more studies about the treatments offered at the Chinese hospital.

Lim maintained that “we never say we are replacing traditional treatments offered in our country and in the West. All we’re saying is that there are available options for these patients and they could try them with us.”