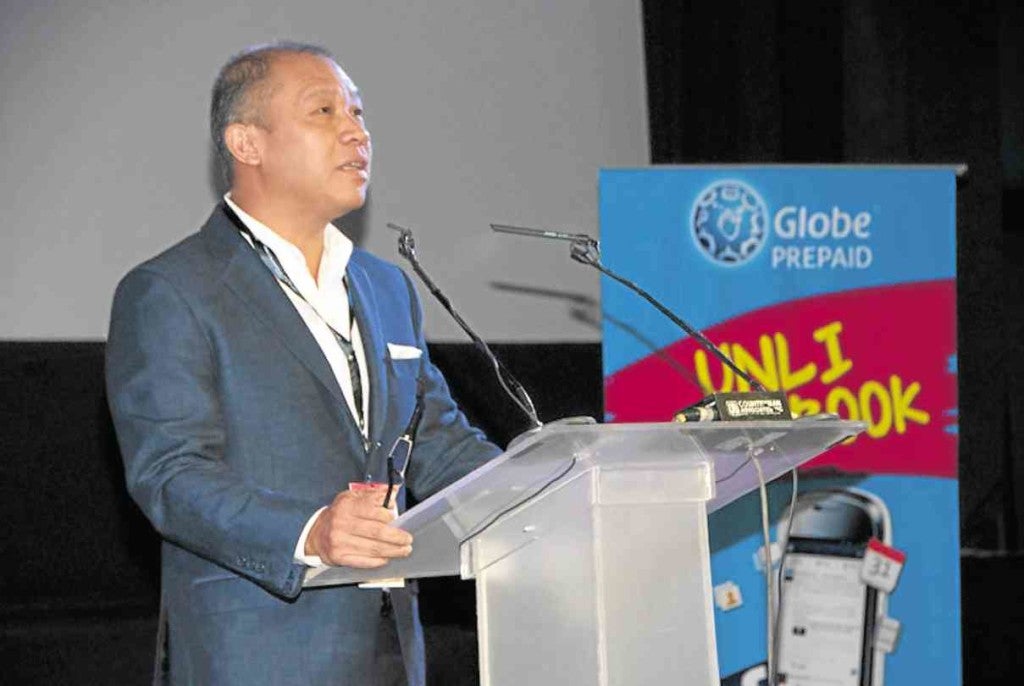 THE DUST has yet to settle over PLDT Inc.’s and Globe telco’s joint acquisition of the telecommunication assets of San Miguel Corp. and uncertainties still hang over the deal as the government antitrust body conducts its review.

But beyond the merits of the P70-billion transaction—there are plenty of arguments for and against it—a senior research fellow at think tank Philippine Institute for Development Studies said this was also a wake-up call to regulators to revisit and update decades-old laws and strengthen weak regulation.

In an interview, PIDS senior research fellow Ramonette Serafica said the review was needed given the role the information and communications technology sector played in the growth of any modern economy.

“This really is the perfect time to review the enabling law, to do a policy review,” Serafica told the Inquirer.

“It’s so critical. If we want to shift to a higher growth trajectory, it’s really telco and ICT in general. It will solve a lot of education, health and social issues. There’s also competitiveness in manufacturing, and in agriculture,” she added.

President Duterte has made few statements on how to improve the ICT sector  since he assumed the presidency.  Prior to this, he had threatened PLDT and Globe he would open up the sector to wider foreign participation if they would not improve services.

Both PLDT and Globe, backed by Japan’s NTT DoCoMo and Singapore telcomunications, respectively, have been dodging criticism over “slow and expensive” internet. 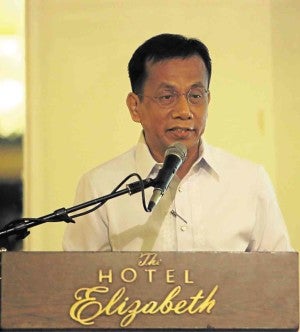 For Serafica, leaving the telco market in the hands of too few players, or in the case of the Philippines, just two players, could come at the expense of innovation.

“We should be concerned with what this deal means in promoting innovation among the existing telcos (beyond aggressive marketing promotions) and other industries that will depend on telcomunications to deliver their services,” Serafica said in an e-mail to the Inquirer.

“My own research in PIDS indicates that younger firms are more likely to introduce new or significantly improved services than older firms so an environment conducive to creating startups is important,” she added.

Serafica is not alone in her call for a revamp of telco sector regulations. The points were also raised by independent researcher Mary Grace Mirandilla Santos in a comprehensive policy brief presented to the Joint Foreign Chambers of the Philippines last February.

It included moves to lower entry barriers such as the constitutional limit on foreign ownership, adoption of open access, infrastructure sharing and implementation of the necessary spectrum management.

The two decades-old Public telcomunications Act also needed revision, since it did not consider a future where intent services would be a “vital technology.” 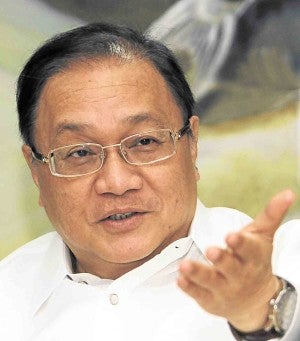 The issues are tied to the PLDT-Globe joint acquisition of SMC’s Vega telco on May 30 this year since it was viewed as the result of an environment that favored powerful incumbents. In a April note, the Fitch Group’s BMI Research tagged weak regulation as a key factor that discouraged SMC’s potential foreign partner, Telstra Corp. Ltd. of Australia, to enter the country and push through with the joint venture with one of the country’s biggest conglomerates.

PLDT, Globe and SMC officials admitted that talks for the sale of SMC’s Vega started shortly after the Telstra deal collapsed in March 2016.

The companies were mum on how their negotiations started, however, a day after the transaction was sealed, SMC president Ramon Ang said the conglomerate was worried about legal challenges from the duopoly had it pursued its telco ambitions.

Ang also shared his personal assessment that no foreign telco player would dare enter the Philippines, unless the government would certain measures of protection or guarantees.

Despite criticism from consumer advocates, and concerns raised by the Joint Foreign Chambers, officials from the telco duopoly said the main objective of the transaction was to free up SMC’s unused radio frequencies to deliver better mobile internet services.

That included SMC’s near-monopoly of frequencies in the 700 Megahertz (MHz) band, among its most coveted assets since it could cover wide areas and penetrate building walls efficiently. PLDT and Globe, to appease the government, said it returned some of the acquired frequencies to allow the entry of a third player.

According to PLDT chair and CEO Manuel Pangilinan, the move to return frequencies was a “lesson learned” from PLDT’s 2011 acquisition of the Gokongwei family’s Digital telcomunications Philippines (Sun Cellular), when it was forced to also give up 3G frequencies. 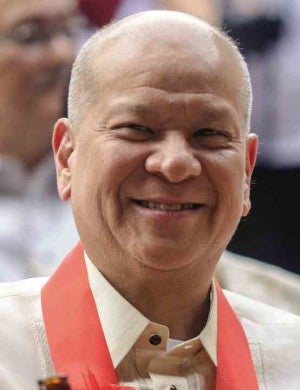 In the meantime, acquired frequencies from SMC were now being deployed: PLDT said it would outfit 360 cell sites with the 700 MHz equipment this year, while Globe was poised to equip 200 cell sites.

That was possible since both telcos, before sealing the acquisition, secured the approval of the National telcomunications Commission for a co-use deal with the SMC unit holding those spectrum assets.

There are varying views on what the deal means in terms of competition in the Philippines.

Globe CEO Ernest Cu said in an interview on May 30 that a third player was not the solution to address concerns about poor internet services.

For instance, Cu said capital spending requirements were prohibitive, apart from bottlenecks in the permitting process by local government units. This was stifling the expansion of physical infrastructure like cell sites.  With the current permitting process, it might take a telco startup more than a decade to reach the scale PLDT and Globe have, Cu said.

Not all experts agree with the assessment that new competition would lead to market inefficiencies.

“Since San Miguel was planning to launch a rival service, it may be reasonable to conclude that a third service provider was viable. Many smaller telco markets have been able to support three or even more telcos providers,” Kulwant Singh, deputy dean at the National University of Singapore Business School, said in an e-mail to the Inquirer.

Singh, who specializes in business strategy and policy, said the transaction should be “the subject of detailed investigation by antitrust authorities.”

This is where the newly-created Philippine Competition Commission stepped in. It is led by Arsenio Balisacan, who used to head the National Economic and Development Authority before he assumed the role of first PCC chair in January this year.

The PCC is now conducting a “comprehensive review” of the deal, after first citing deficiencies in the transaction notice that PLDT and Globe filed.

Under the PCC’s own transitory rules, the PCC should be notified of all acquisitions worth over P1 billion. That notice should contain all relevant and truthful information about the deal. Globe and PLDT said they did just that last May 30 regarding the Vega acquisition.

Since the deal was launched before the implementing rules were released on June 3 (the rules eventually took effect on June 20), the deal should be automatically approved, PLDT and Globe argued.

The PCC disagreed and a public exchange followed.

Balisacan told the Inquirer last month the SMC acquisition was not an ordinary transaction and the law was very much in effect despite its transitory rules, contained in a circular issued last Feb. 16, 2016.

There was also their mandate to look into the deal, based on the Competition Law, which came into effect last year, since there would be long-term industry repercussions for a deal of this scale, he said.

While the PCC reviews the deal, a broader review of the existing regulatory framework that governed the sector still remains up in the air.

Some of the “low-hanging fruit” mentioned in the February telco policy brief have already been addressed.

A Department of Information and Communications Technology was already created. It is led by Rodolfo Salalima, former regulatory affairs head of Globe and an ex-schoolmate of Duterte.

Moreover, weeks after their rare show of cooperation in the SMC acquisition, PLDT and Globe sealed a bilateral IP Peering agreement with the aim of rapidly improving the quality of fixed-line and mobile internet services in the country.

Still, more can be done to resolve other immediate issues, like a broader review on how spectrum is allocated in the Philippines.  Senator Bam Aquino, a visible figure on slow internet issues, told the Inquirer in an e-mail that he had backed a broader spectrum review.

“NTC should not focus on reviewing just the 700 MHz band alone, but all spectrum that is assigned, available and in use,” Sen. Aquino said, while adding the review should require regular assessments on the use and valuation of frequencies.

Without government intervention, the allocation of valuable spectrum—a state-controlled property—would be left in the hands of the private sector. That was on full display when the SMC acquisition was launched, and PLDT and Globe decided which and how much frequencies to keep, and which to return to the government for the latter to allocate as it sees fit.

All eyes are on PLDT and Globe now on how soon they can deliver better services. Officials from both companies said improvements will be seen in as little as six months.

While the PCC weighs the issue, both are already rolling out SMC’s acquired frequencies, which they said was a key solution to bringing up mobile internet speed quality. Separately, both are investing in fixed-line services.

Even then, some consumer advocates worry about costs; PLDT and Globe gave zero guarantees these would come down and data caps are very much an industry reality. The telcos said prices would eventually come down as data usage widens. Consumers will just have to take their word for it.