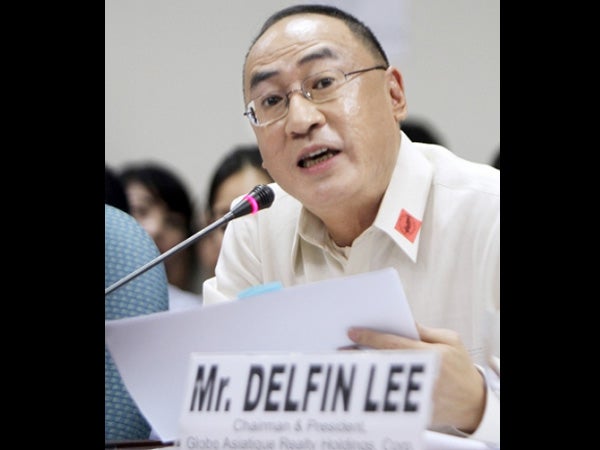 Lee is an accused in a syndicated estafa case in connection with the 2008 housing project with the Pag-Ibig Fund worth over P6-billion.

In the recent complaint filed by BIR, G.A. Concrete Mix Inc. (GACMI) and its corporate officers Delfin Lee, and President and Treasurer Dexter Lee (Delfin’s son) allegedly violated the National Internal Revenue Code (NIRC) for willful attempt to evade or defeat tax and deliberate failure to supply correct and accurate information in their corporate income tax returns for 2009 to 2010.

Records from the BIR’s Information Systems Development and Operations Service (ISDOS) showed that Globe Asiatique Realty Holdings Corporation (GARHC) made income payments to GACMI worth P34.06-million in 2009 and P15.31-million in 2010.