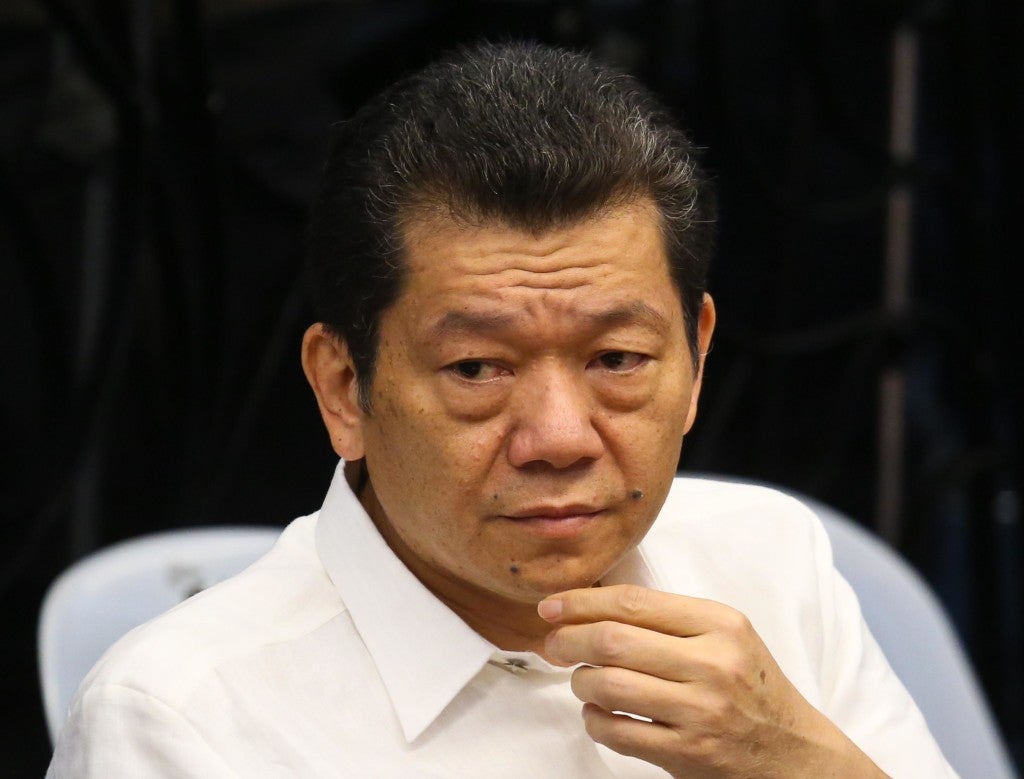 Businessman Kim Wong speaks during the Senate Blue Ribbon Committee inquiry into the laundering of $81 million stolen from Bangladesh’s Central Bank which was deposited into bank accounts in RCBC’s Jupiter branch in Makati City. LYN RILLON

“Early this morning, 48 hours after the adjournment of the Senate hearing, Kim Wong asked me to visit AMLC and BSP in order to inform AMLC that we are officially turning over $4.63 million mentioned by Kim Wong at the hearing. We completed the turnover, including counting and verification of bills,” Inocencio Ferrer, legal counsel of Kim Wong, told reporters Thursday evening.

Ferer said it took them three hours to count the huge sum of money in denominations of $100 using “many” counting machines akin to those used in bank.

Ferrer said Kim Wong needed not return the money personally as AMLC and the BSP had been “trained” anyway to deal with such transactions.

AMLC’s office is located within the BSP compound.

Ferrer said Senator Teofisto Guingona III advised them how they could return the money to AMLC.

The counsel declined to say where the money was stored before it was delivered to AMLC, only disclosing that they were provided a van with two security aides to accompany him and the huge amount on their way to the BSP.

“The stature of the Philippines in the world community is restored today; even without the [intervention of] courts, part of the funds were returned,” Ferrer said.

According to the BSP, the money will be held for safekeeping by AMLC at the BSP vault that also contains the Commission on Elections’ source code for the upcoming national elections in May. TVJ