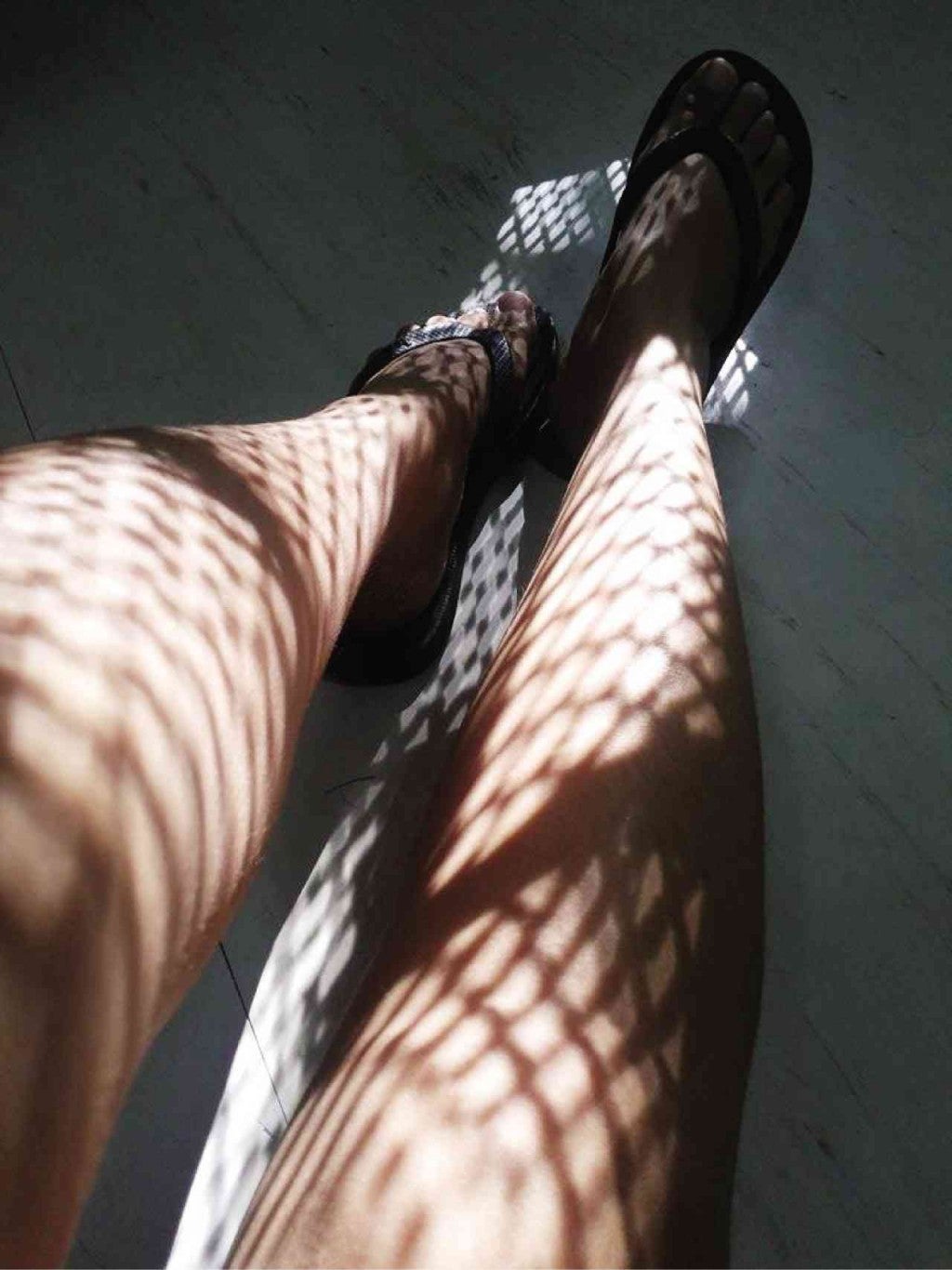 He changes his hair color every other month. The last time he did, it was pink and blue. Now it was green. Changing his hair color became a ritual ever since his psychiatrist told him this could be his outlet and speaks well of his creative mind.

The “Hooded Cloak,” as he likes to call himself online, was wearing an oversized gray sweater when he showed up for the interview in November last year. He wanted to share his story—one that is as vibrant as the shades of his hair.

Three days a week, John Dave Salazar, 20, would attend his classes for a graduate course in film. He is a multimedia arts graduate prior to film school—in Tesda—he’s not really used to the traditional system of education.

“It’s not fit for people like me. I need people who can understand me, and with film there are people who understand it, who try to get it,” he said.

He was talking about his illness, schizophrenia. Since his diagnosis, he was trying to manage his condition and be a fully functional human being.

Dave, in his core, is still a youngster who wants a bit of romance to spice up his life and who knows how to have fun.

He was an overachiever when he was younger. He made it to the National Schools Press Conference back in elementary and had been a scholar at Philippine Science High School. But something happened along the way.

“It was in 2011 when I tried to kill myself four times due to my illness. [My high school] pardoned me; they terminated my contract but they didn’t let me pay the scholarship expenses. So I moved with my mom to Agusan del Norte to study third and fourth year and it was harder there to explain what I have because there’s still an existing stigma in other places—in most places—against mental illness,” he said.

Even Dave’s family members had a hard time accepting his condition. He felt like he always had to prove that what he has is a real medical disorder.

He used to go with his grandma for his trips to the psychiatrist, but their relationship has been strained after an incident brought about by his condition. Now he lives alone in the heart of the city.

READ: They are tagged with names different from their own

Dave’s condition, schizophrenia, has two types categorized by hallucinations: visual and auditory. He constantly experiences them since he was diagnosed five years ago.

He used to take three different medications but stopped three years ago against his psychiatrist’s will. He said he thought he could be independent even without them. The drugs made him feel dull and emotionless.

“The meds are working but they’re working too well. I can’t even be happy for someone. Good middle ground is when I can go through the day without problems with meds, but I hardly find that middle ground,” he said. “Without medication I can take one of two ways: I can function like a normal human being and I become creative which is the reason why I’m taking film now.”

But sometimes it goes the other way. He has done things as “subtle” as ripping a DVD player because the sound “manipulated” him or stabbing himself a couple of times with a screwdriver.

He knows what it means to be on the edge a lot of times. He hears things always: background noises, ringing, ticking, buzzing, animal sounds or human dialogue. It could be the voice of someone he met on the street, or it could be a relative, a friend or someone he has never heard of before.

When he started hearing the voices, he had no idea what is going on inside his mind. But his psychiatrist told him it could have developed in 2011, the year when he was diagnosed.

His family history reveals why. Around May that year, his parents got a divorce. He was also bullied a lot during high school.

Despite being able to manage his attacks, there are times when he knows there’s nothing for him to do.

“I do function very well but there are days… I spend days in my place without moving at all. It’s hard ’cause I live alone. I have a younger brother and sister and mom, they’re all living in UAE. And the only living relative I know of here is my dad, and he’s in Bacolod, Negros. I have no choice but to live alone when I moved in Manila last October to study film,” he said.

In five years it will be gone— and so his psychiatrist said. But when he decided to stop taking his medications, there is only one way to follow: Live with it.

“I distract myself a lot. I need to call friends, go out and make plans. I pay more attention to that and ignore the voices, suppressing it in a way.”

But Dave and other young people with mental illness still experience social stigma in a country where a mere mention of their condition elicits isolation rather than understanding. For Dave, mental illness is like any other illness and should be treated as such.

“I like the company of people but I prefer the company of those who can treat me like a normal individual, or understand me and won’t look at me in a different light. I want them to treat me like a normal person the way they treat someone with asthma. From a medical standpoint, a person with ailing organs would probably think the organ would burst in some days, and that’s basically the same with us,” he said.

Acceptance came early for January Turla, 22, when she decided to line up at the outpatient department of the Philippine General Hospital (PGH) to be diagnosed.

“Suffering is what made me realize the need to seek professional help. I suffered a lot. It was only in September 2015 when everything was crumbling down that I knew I had to finally do something to end this suffering,” said January.

She became a recluse. She avoided people, hurt herself and even had thoughts of ending her life before she was diagnosed with dysthymia or persistent depressive disorder in October last year. In December, her psychiatrist changed her diagnosis to bipolar I disorder with psychotic features.

She spent two weeks inside PGH’s Ward 7, and she found not only acceptance but also new hopes and stories to share.

These days, she channels those hopes in Anxiety and Depression Support Philippines (ADSP), an online group intended for supporting people with mental illness. Founded by Mela Cervantes-Abrera, a bipolar, the support group now has over a thousand members with diagnosed and undiagnosed mental disorders. Members may freely express their thoughts on the group’s Facebook page—no rules, no restrictions—using their real accounts or in anonymity.

“I found friends in ADSP. We share same interests in movies, books and photography. Also, ASDP made me realize I’m not the only one suffering from mental illness. There are many of us. I am not alone,” she said.

“It would be better if I have more people who resonate with me… Right now hardly anyone has understood fully or has a good grasp of what I have—the closest is my dad. That’s the reason I joined ADSP,” said Dave.

Online support groups serve as platform for mentally-ill people to freely express their thoughts and feelings. After all, finding the group is only a Google search away. But to what extent can this convenience help young people?

Most young people are no longer interacting with the family, have lost their sleeping patterns and life structure without the pressure to socialize and interact. They could easily hide behind identities in spaces where nonverbal cues aren’t apparent.

For Lopez, online anxiety support groups are “better than nothing.”

“We tried to put up suicide hotlines, but the logistics to sustain those are hard…  I don’t know how many of those groups are addressing those problems, but at least problematic teenagers and adolescents can find a place to vent,” said Lopez. “I hope they give the right counseling and advice. Those people running those sites should be trained to know when they should refer already.”

For Dave, the barrier between one’s online and actual identities is slowly getting thinner. “It’s good. I can vent.  I like the anonymity of it. It’s more than an outlet; it’s a community when there’s no one else to go to,” he said.