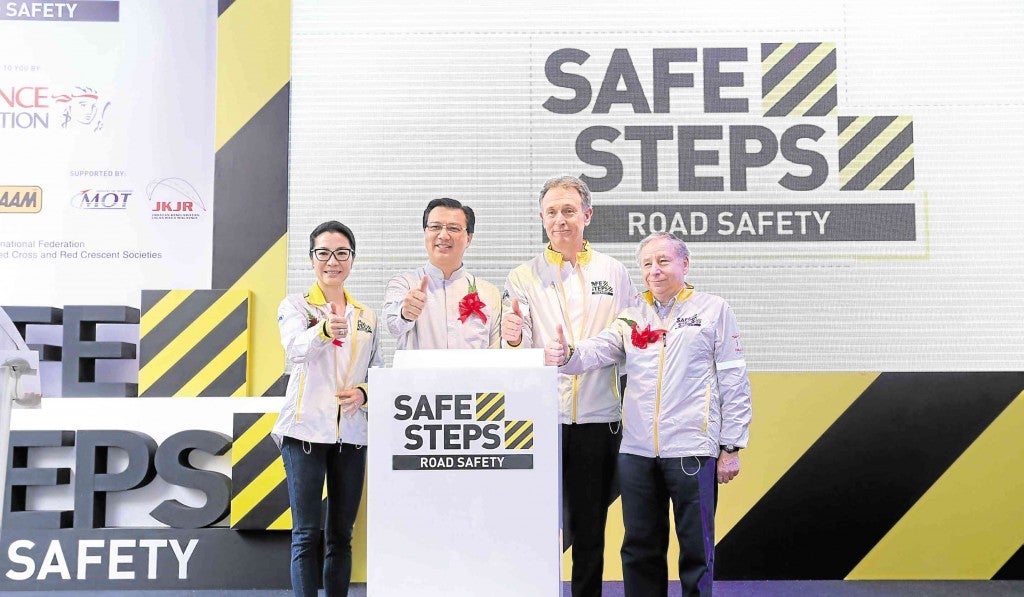 With 1.3 million people dying every year due to road accidents, the charitable arm of Prudential Corp. has launched an awareness program in Asia that suggests simple steps every person can take to ensure road safety.

After the launch, the educational videos were made available on 17 channels of the Fox Networks Group Asia.

The videos are expected to reach 80 million households in 24 countries in the region.

The PSAs were made available in nine Asian languages including Thai, Filipino, Bahasa and Mandarin.

Yeoh, who is also the program ambassador, said in an interview in Kuala Lumpur that she was proud to be part of the campaign.

“This teaches us very simple steps like wearing our seatbelts and helmets, avoiding using cellular phones while driving and not drinking then driving,” she added.

Since the steps and measures featured in the campaign are simple and easy to follow, the Malaysian actress said the programs could be easily understood, even by children.

Yeoh said she planned to go around schools in Malaysia to teach children the importance of road safety.

The face of the entire campaign added that there was no better way to bring down the rising number of deaths and injuries due to road accidents than to take collective action.

“It is our responsibility. We have to embrace this to make this right,” she added.

The campaign challenges motorists, pedestrians, commuters, passengers and other road users to “play their part” in ensuring road safety.

Two years ago, it launched a Safe Steps program to address natural disasters.

“The Safe Steps program started two years ago and addressed natural disasters because of the tremendous human fatalities every year. About 45,000 die annually because of calamities. Building on the success of that program, we have extended to this initiative,” Kanak explained.

Asked why the foundation shifted its focus to road safety, Kanak said the company was compelled to pay attention to the issue because of the number of individuals dying every year.

He noted that Asia unfortunately accounts for over half of the global deaths in road crashes.

“Most of the deaths in road accidents are preventable if people know what to do and will take action and do what they know they should do,” Kanak said.

He noted that safety should be the priority of governments in Asian countries but claimed that it should also be a prime concern for other sectors of society.

“Everybody has a role to play,” he stressed.

“By raising awareness of the most important risk factors on the road, the Safe Steps campaign can help change attitudes and behavior and save lives on the road. A key priority should be the putting in place of effective road safety legislation and ensuring its enforcement at all levels,” Todt added.

Aside from the on-air videos, Prudence Foundation said posters, print materials, and website information would also be used to maximize the reach of the educational messages in Asia.

They may just save somebody’s life.