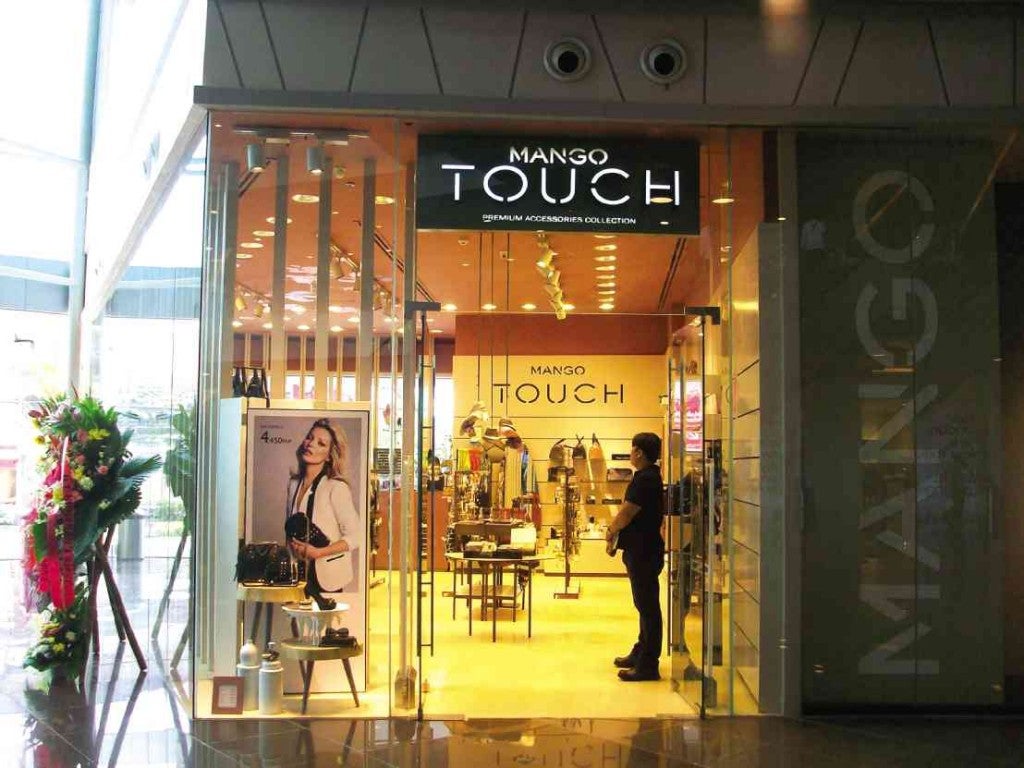 MANGO has 34 standalone stores in the Philippines —more than Hong Kong’s four, Singapore’s 16, and the United States’ 7.

The recent move of international fashion retailer Mango from a space tucked inside Eastwood Mall to a bigger area in front of the shopping center was a sentimental moment for Kelly Santos, Mango Philippines country supervisor.

“This was my base store so it’s close to my heart,” says Santos, who started as a manager of the shop in June 2010, then moved up to merchandising, then to her current post for the last two-and-a-half years. “But we’re just relocating so it’s very exciting.”

Santos’ steady climb in the company mirrors Mango’s own growth in the Philippines’ thriving retail industry.

Since its first store in Robinsons Ermita in 1999, the boutique now boasts of 34 standalone stores spread across the Philippines-that’s more than Hong Kong’s 4, Singapore’s 16, and the US’s 7. The variants are expanding, too: Mango Woman is available in 26 stores, Mango Man in 7, the accessories line Mango Touch and Mango Kids in 5 each, and Mango’s athletic apparel is found in the brand’s boutique in SM Mall of Asia.

Measuring 650 square meters, the Eastwood Mall boutique is an impressive affair, designed to heighten the shopping experience with its lighting, furniture, mannequins, visuals and displays.

Still, there’s an even bigger branch in the offing.

“The expansions are part of Mango revolutionizing itself and adapting to the needs of the market,” says Santos of Mango’s growth even with the presence of retail rivals. “With the challenge of competition, we remain strong because we go with the flow, bringing Mango to where the people are.”

Collections that can be worn season after season also explain why this fast fashion brand is a favorite of both style-savvy and smart dressers. Loyal Mango patrons know that a basic top or bottom is a durable investment that works well when combined with other clothing labels. Even this season’s trend-Boho Chic, as modeled by brand ambassadors-of-the-moment Cara Delevingne and Kate Moss-offers pieces that won’t appear dated post Autumn/Winter 2015. “I would put my name on the line to say that you can still wear them after many years,” swears Santos. That even goes for the pant silhouette du jour, flares. “We were just talking about that!” exclaims the petite store supervisor with a laugh. “Actually, flared pants were the trend three years ago and I remember buying a pair from Mango. I thought I’d never use them again, but now I’m thinking of reviving my pair.”

The brand has had a connection with the Philippines even before its boutiques reached these shores. Founded in 1984 in Spain by Turkish emigrant brothers Isak and Nahman Andic, Mango was named after the Philippine mango, whose taste so captivated Isak when he sampled the fruit during a trip to the country many years ago. The name also stuck because it is pronounced the same way in any language.

Fifteen years later, that connection remains stronger than ever. Two years ago, the notoriously low-profile and media-shy Isak Andic visited the Philippines for the first time since the country’s stores became operational. While Mango Philippines executives were surprised at news of his arrival, “we also felt important,” says Santos. “In Asia, they know that the Philippines is full of potential. There’s even talk that he may come back soon, which really says a lot.”

As such, Mango’s principals are keen on getting Filipinos’ opinions on everything, from the choice of brand ambassadors to the type of clothes they see on the shelves. “They always, always ask us, ‘What does your market need?’” says the country store supervisor. The short sleeve shirts that appear on the racks of Mango Man this Autumn/Winter, for instance, are a product of research from last season as well as feedback from Filipino execs.

By giving the market exactly what it wants—from specific merchandise to stores that excite the senses—the brand will remain a constant in the malls, and in people’s wardrobes, for years to come.

“Even with the competition,” says Santos, “we know our customers are there. They will always be back.”