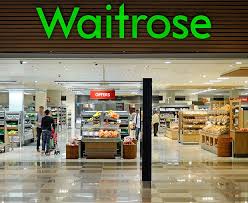 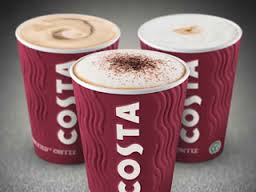 LONDON–The United Kingdom is one of the Philippines’ largest European trading partners, with exports of goods to the archipelago totalling £374 million in 2013, a 13 percent increase from the previous year.

According to the UK Trade & Investment (UKTI) website, about 200 British companies are now conducting business in the Philippines. These include well-known household name brands including Shell, Unilever, Marks and Spencer, River Island, JCB, Diageo, Arup, Halcrow and Standard Chartered.

Other popular UK companies that have been long established in the Philippines include Speedo, Clarks and The Body Shop.

Topshop, one of Britain’s leading multinational fashion retailers, opened its first Asia store in 2011. As of October this year, there are ten Topshop branches operating across the Philippines. 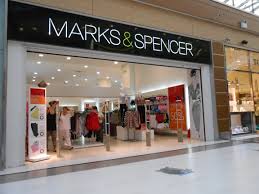 Andy Marshall, Costa’s international franchise managing director, commented: “Costa is a truly global brand that is enjoyed by customers all over the world. We are pleased to be extending our reach into the Philippines, where there is already an established coffee culture.”

Matt Kenley, Costa’s international operations manager for Southeast Asia and India, mentioned their intent to open around “70 to 80” branches in the country within a span of five years. Kenley also declared that, since the Philippines is a producer of high quality coffee beans, Costa would “definitely” be using local coffee beans.

Also in June this year, multinational grocery and merchandise retail giant Tesco joined the list of British brands distributing in the Philippines.

Commenting on the recent partnership, Tesco’s International Retail senior commercial manager, Luke Elliot said: “We look forward to introducing a great range of Tesco products to customers in the Philippines.”

Tesco’s “Great British Favourites”, a line featuring some of the UK’s most popular household and luxury products, are now available at SM Supermarket and SM Hypermarket nationwide.

The UKTI website lists a number of advantages for UK companies exporting to the Philippines. These advantages include the fact that the Philippines is “one of the largest English speaking countries,” that “Western goods and services are popular”, and that the country is “a gateway to other Asian markets as all [are] within 4 hours flying time.”

Further strengths of the Filipino consumer market are mentioned, including that the Philippines has “the 12th largest [population] in the world”, an “economy boosted by over USD 21 billion in overseas remittances”, a “skilled workforce and competitive wages”, a “liberalised economy” and a “strong services sector”.

The article further lauds Filipino spending habits: “The Philippines is a consumption driven economy. It has consistently positive economic growth and an expanding middle class who like foreign consumer goods.”

The challenges posed to British companies looking to trade in the country are also detailed on the site. These problems include “bureaucracy,” “corruption, which is improving, but remains a significant problem,” “restrictions on foreign ownership,” “restricted participation in public procurement,” and “restrictions on ability of foreign individuals to practise in some professions.” However, the site reassures readers that, despite these problems, establishing a trade in the country can be quite worth it.

New partnerships to come in 2016

More British companies are expected to begin trading in the Philippines next year. Several new partnerships formed over the last few years have plans ready to launch 2016. 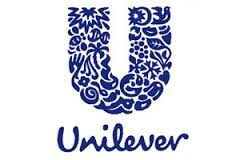 The terminal will handle shipments of materials such as steel, fertilizer, coal, and other dry bulk cargo with a capacity of at least 3 million tonnes per year. Nectar Group officials have stated that the facility is likely to be operational by early 2016.

Forum Energy allegedly communicated a joint proposal to drill in Reed Bank with Chinese oil producers, China National Offshore Oil Corp (CNOOC). An initial discussion with CNOOC President Yang Hua took place in 2012, but partnership has stalled on account of the territorial conflicts that since occurred over the islands.

Regarding the plan to drill two wells in 2016, Pangilinan commented: “We will do it on our own if we have to… as long as we are not disturbed.”

British solar energy company Proinso, whose headquarters are in the UK, recently struck up a partnership with Asiacrest Marketing Corporation. Proinso’s penetration in the Philippine market – specifically, the Asian PV market – was extensively supported by the UKTI.

The project will see Proinso providing Engineering, Procurement and Management (EPM) services to the 100 MW Subic Bay solar farm, developing what is set to be the biggest single solar PV installation in the Southeast Asian region. An additional 30 members of staff will be added to the Philippine team.

Stuart Macfarlane, Regional Head for Asia Pacific of Proinso, stated: “The Subic Bay engagement is a complex project demanding a high level of capability support across many disciplines provided via our EPM programme. Our EPM model is based on a collaborative approach working with local partners. This way, Proinso is able to deliver world class renewable assets and also invest in the development of a strong local industry.”

Asif Ahmad, British Ambassador to the Philippines, added that the project will “utilize the abundance of solar energy in the Philippines and help the country develop a cleaner energy mix.”

The UK is second only to the US for foreign direct investments in Information and Communications Technology (ICT) worldwide. Currently, a number of British telecommunications companies are exploring ventures and alliances in the Philippine telecoms sector, including British Telecoms Global Services, Cambridge Broadband Network Limited, Electronic Media Services Limited, and Infobip.

In October, UKTI Director Iain Mansfield told journalists in Makati City: “There are 11 British companies that are now here to invest in the Philippines’ telecoms and media sector. These companies can provide telecommunication technologies and solutions that would help address the growing needs of the Philippine market, including IT (Information Technology)-enabled industries and service sectors.”

Kurian Manjakkal, Vice President of Cambridge Broadband Networks, said: “[The] Philippines is a good investment destination because of its geographical location and population.”

“Look at how it’s scattered in multiple islands,” Manjakkal continued. “Look at your large population and massive use of mobile phones. We can make the most of the situation because linking fiber cables across the country becomes a big challenge.”

Manjakkal further acknowledged their hope to strike up joint ventures with local companies such as Globe Telecom: “With Globe Telecom, we’re pretty much [in] advance level discussions.”

BT Global Services Sales Manager David Medallo also commented: “BT is focused on growing the business in the Philippines, so that’s the reason they wanted a local salesperson to take care of the businesss here. We’re looking towards growing our existing base and attract multinationals coming to the Philippines.”

According to the British Embassy Manila, the UK government is further committed to pilot the development of 5G mobile technologies in the Philippines. The official Embassy document stated: “This will double the contribution to the UK economy of spectrum (the airwaves over which all wireless communications devices communicate) to £100 billion ($154.90 billion) by 2025.”

In the last four years alone, the Philippines climbed up 32 places in the World Economic Forum’s Global Competitiveness Report. The country is now ranked in 52nd place. In light of this momentous financial leap, UK banking company HSBC has predicted that by 2050, the Philippines will have become the 16th largest economy in the world. [email protected]