Oil prices hit reverse as dollar jumps on US data 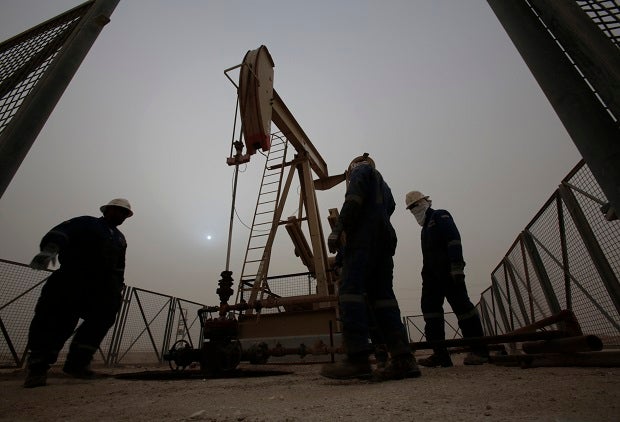 US benchmark West Texas Intermediate for delivery in December fell 91 cents to $44.29 per barrel from Thursday.

In London trade, Brent North Sea crude for December shed 56 cents to stand at $47.42 per barrel.

Crude prices sank after the US released a surprisingly strong October jobs report that showed the economy still growing at a firm rate, with the unemployment rate falling to 5.0 percent on the back of 271,000 new jobs created, nearly double the number in September.

With crude oil prices in dollars, its rise crimps the buying power of those using other currencies.

“The market was already figuring we are going to have a rate increase, the numbers only supported that feeling,” said Andy Lipow of Lipow Oil Associates.

Another fall in the Baker Hughes North American rig count did little to shore up prices. The count, which gauges drilling activity in the United States and Canada, fell in the week to 956 rigs, down 10 from a week earlier and 1,379 fewer than a year ago.

Meanwhile the US officially rejected the Keystone XL pipeline project intended to pipe more crude from Canada’s tar sands south towards Gulf of Mexico refiners. The rejection was not a surprise after years of delay but nevertheless sent the share price of pipeline owner TransCanada down 4.6 percent.

Oil up in Asia but prices under pressure by supply glut