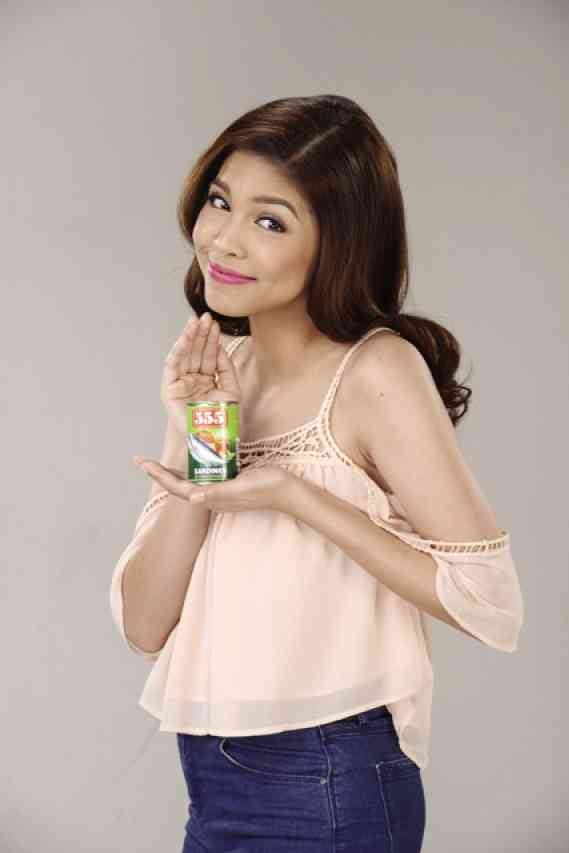 Publicly listed Century Pacific Food Inc., the country’s largest canned food company, knew almost as soon as Maine Mendoza caught the attention of the television viewing public that she was going to be a phenomenon.

This is why even when the AlDub “love team” of the KalyeSerye segment of longtime noontime show Eat Bulaga on GMA 7 was just on its third week and eliciting about 6 million tweets a day, the market leader and its marketing and advertising partners got in touch with Eat Bulaga producer Tape Inc. and tapped Mendoza to be the celebrity endorser of its 555 sardine brand.

The 555 brand is Century Pacific’s sentimental favorite among its arsenal of power brands that include Century Tuna, Argentina corned beef and Birch Tree milk, because it was the first that the company produced, back in 1983.

But in the ensuing years, as the other brands took off, the 555 sardine brand struggled to protect its sizable market share against the multitude of brands in the marketplace.

Indeed, sardines has practically become a commodity, a staple much like rice and sugar that to stand out from the crowd is a daunting challenge faced by all companies in the crowded and still-growing sector.

Given the competitive landscape, the 37-year-old Century Pacific decided that it was about time that it invested in a celebrity endorser to help elevate the status of 555 and call the public’s attention to its unique attributes, like having a fuller, deeper taste because of the way the fish is cooked.

Mendoza, the YouTube dubsmash sensation and, as Yaya Dub, one of the main stars of the popular KalyeSerye segment opposite Alden Richards and lovable characters Lola Nidora and her sisters, was deemed the perfect fit for the job.

There was a match of attributes, according to Gregory H. Banzon, Century Pacific vice president for global branding.

Mendoza, after all, is considered a refreshingly wholesome character beloved by the entire audience spectrum, regardless of sex, age and income, and that is the same market that 555 Sardines seeks to tap.

“Fortunately, we have this discipline in the organization to constantly keep track of our market, so early on, we were able to spot the potential. There was already a lot of buzz and she had a strong following, both online and in traditional media,” says Banzon.

It also helps that Century Pacific has long been a believer in the power of a celebrity endorser to boost a brand’s awareness, which eventually translates to increased sales.

Its first celebrity endorser was former Miss Universe Gloria Diaz, who endorsed Century Tuna back in 1986.

“In general, a celebrity endorser is a very potent marketing tool,” says Banzon.

It hopes to duplicate the feat of a celebrity endorser causing a boost in sales and market share with Maine Mendoza, and it believes it is on its way to doing just that.

“It is too soon to tell in terms of sales, but we have not seen anything like this in terms of response. The response was immediate in both social and traditional media,” says Banzon, who has embarked on more than his fair share of marketing campaigns during his years in the fast-moving consumer goods category. 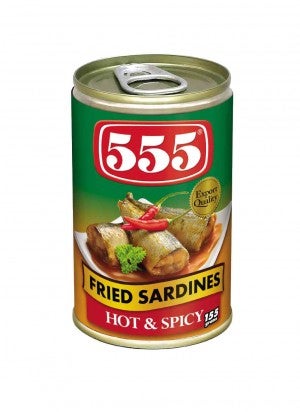 Banzon tells the Inquirer in an interview that in just two days after Century Pacific posted the 30-second TV commercial on the official Facebook page, the ad that was first aired on Eat Bulaga on Oct. 3 already generated 800,000 views.

“That is about three times more than the views of a regular post. Then there were the comments from all over the country, with some saying that they are making the switch to 555 as a direct response to her endorsement. We got over 2,300 comments in the first days alone,” says Banzon.

Banzon says reaching out to the target market through both traditional (television) and social (Facebook, Twitter) media is the new normal when it comes to marketing.

The commercial is expected to continue airing for a maximum of seven months, and the endorsement deal includes other media such as billboards as well as print publications and online sites.

“You have to have a good balance. You need to have a presence in traditional media and at the same time have a strong social media component,” says Banzon, “The content on social media has to be powerful enough so that the viewer will click through your message. Otherwise, they will just walk away.”

At the rate that the popularity of the AlDub love team continues to grow, the audience is not expected to walk away anytime soon, which bodes well for the profit and brand awareness goals of 555.