Globe Telecom one with gov’t in narrowing gender inequality gap

THE SIGNIFICANCE of women’s contribution to the regional and global economy can no longer be undermined, nor ignored.

Many quarters have agreed that such potential contribution can be enormous and extensive, with estimates running close to $90 billion, which represented the value that can be added to the regional economy if barriers to women’s economic participation were to be effectively eliminated.

The reality however is that in many economies across the Asia Pacific, gender inequality continues to exist, crippling women’s ability to realize their full social and economic potential. In other areas, however, the gap is significantly narrower as women are able to take on crucial roles, serving as strong and sturdy pillars in many institutions.

Such is the case in the Philippines, where stories of women taking an active part, making a firmer, stronger stand on various issues, and holding key positions on various organizations have long been told and written about.

“I am no stranger to the strength of women. Countless stories of their fortitude, resilience, and love for country can be found in the pages of our history books. There is Gabriela Silang, one of our nation’s most renowned heroes, who led the revolt against our colonizers after her husband’s assassination. There is Tandang Sora, who put up a refuge for wounded soldiers during yet another revolution against the Spanish occupation,” President Benigno S. Aquino III said in his speech at the opening of the APEC High Level Policy Dialogue on Women and the Economy held last month.

“Of course, a more recent—and much more personal—example is my mother, who I watched firsthand as she courageously took a stand against a vicious dictator, and led the country in reclaiming our democracy…In the modern era, we have no shortage of excellent women leaders, no less dedicated to uplifting the lives of others,” President Aquino added.

Contributions of women to Philippine society are also evident in the private sector as 54 percent of all registered trade names are owned by women, data from the Department of Trade and Industry showed. A survey done by the Asian Institute of Management also revealed that about 63 percent of managers and owners of businesses are women. One major sector they are involved in are the micro, small, and medium enterprises (MSMEs), which accounted for 99 percent of all registered business in the country and about 64 percent of the country’s total employment.

Despite such stories of greatness and success, the Philippine government believes that much can be done to better harness the talent and potential of women as they can aid the government in achieving sustainable and inclusive growth. 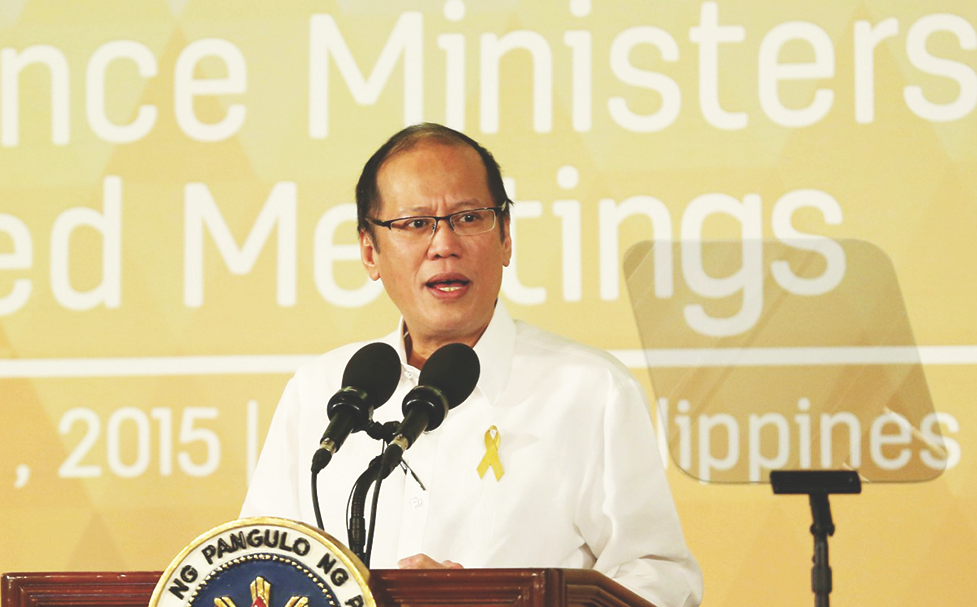 “The economic potential of women is immense. In 2010, the United Nations estimated that the Asia Pacific region loses up to $47 billion in output each year due to lack of women’s participation in labor markets,” Trade Secretary Gregory L. Domingo told delegates of the APEC High Level Policy Dialogue on Women and the Economy.

“In 2012, it was estimated that up to $89 billion could be added to the regional economy when barriers to women’s economic participation are eliminated. Thus there is a need to mainstream women’s participation in trade fora so their capacity building needs can be addressed,” Domingo added.

The main agenda of the APEC Women and the Economy fora was to secure for women greater access to capital, markets, capacity and skills building, and to promote women leadership and competitiveness through technology and innovation. 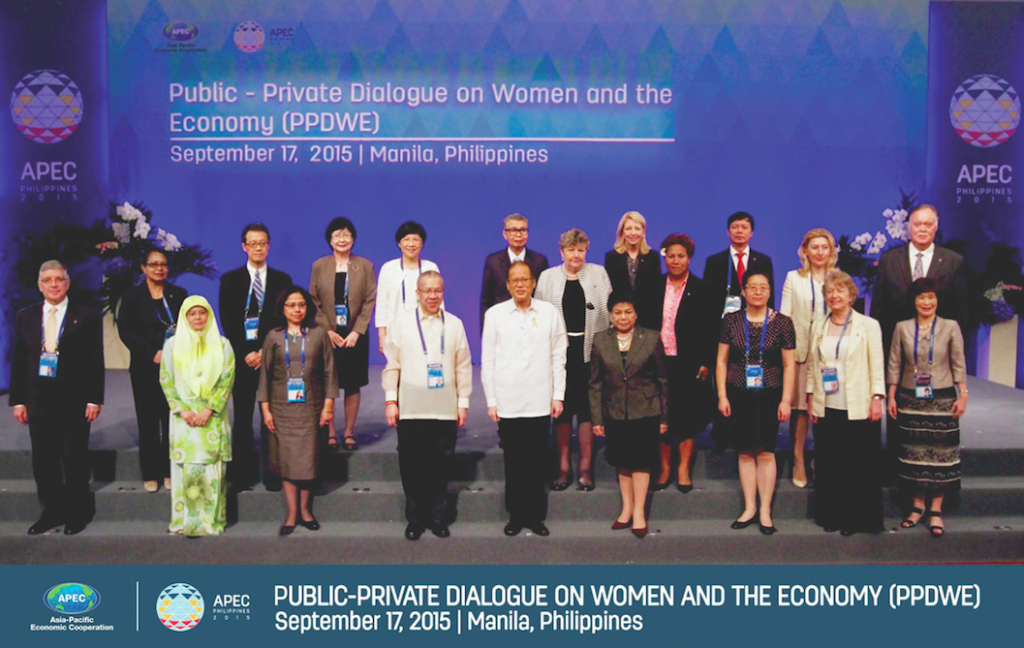 “For APEC, achieving sustainable growth with equity will be done by enhancing the MSMEs’ global competitiveness through innovation; tapping women’s productivity; as well as working on ensuring financial inclusion, strengthening food security and improving access to health services,” Domingo said.

“APEC ministers and leaders have agreed to work together to remove barriers that curtail gender equality, and women’s economic empowerment, and facilitate their access to markets, skills and capacity building, health, leadership, innovation, and technology. This will be well worth the effort for up to $89 billion yearly can be gained if women across the region will realize their full economic potential,” the Philippine trade chief explained.

The Philippines’ own progress towards reducing the disparity and narrowing the gender inequality gap can be reflected in a World Economic Forum index where the Philippines has consistently ranked among the top 10 economies since 2006. The country’s ranking was based on a set of criteria such as the women’s state of health, state of education, and participation in both politics and economy.
Private sector

The private sector has been instrumental in this regard as local companies, like leading telecommunications firm Globe Telecom, have long recognized the crucial role that women plays in the organization’s success, thus significantly contributing in the push for gender equality in the workplace. 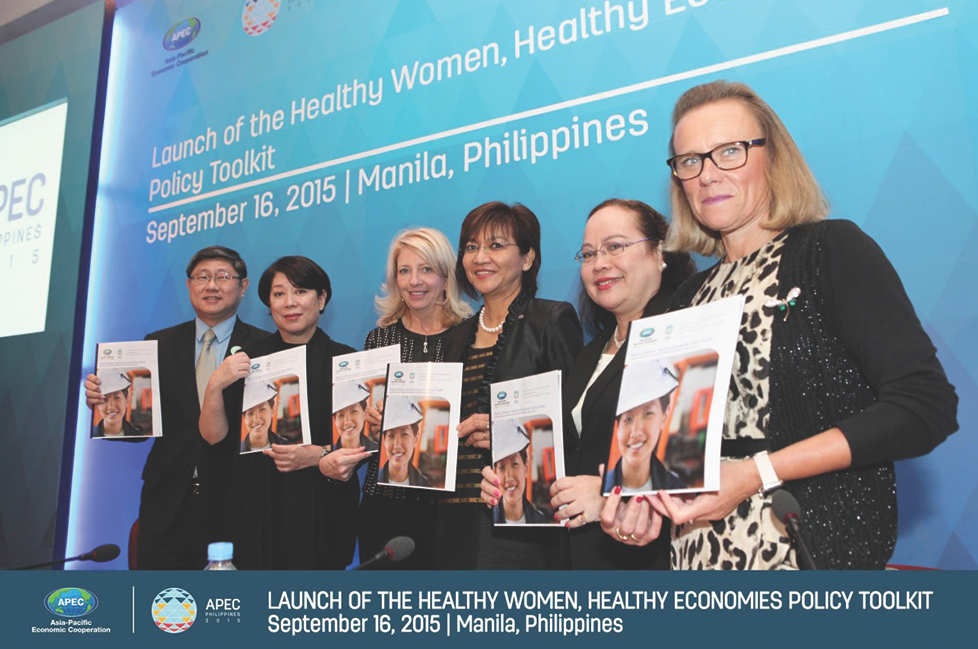 Globe Telecom admits that the success it is currently enjoying in the country was driven in part by the culture of diversity it promotes in the workplace. Harnessing the talent and creative geniuses of its women employees and allowing them to hold key positions within the organization, Globe Telecom has greatly helped the government realized its goal of advancing women representation.

“By promoting a culture of diversity, Globe is able to nurture a work environment where disruptive, innovative and customer-centric ideas will prosper. Such culture leads to delivery of fresh ideas and experiences which in turn bring about a more effective development of products and services most suitable for our customers’ evolving digital lifestyle,” explained Globe Telecom Chief Human Resource Officer Renato Jiao, stressing that the company welcomes every employee regardless of gender, age, religion or ethnicity. Coincidentally, Jiao very recently bagged the award “People Manager of the Year” by the People Management Association of the Philippines (PMAP). 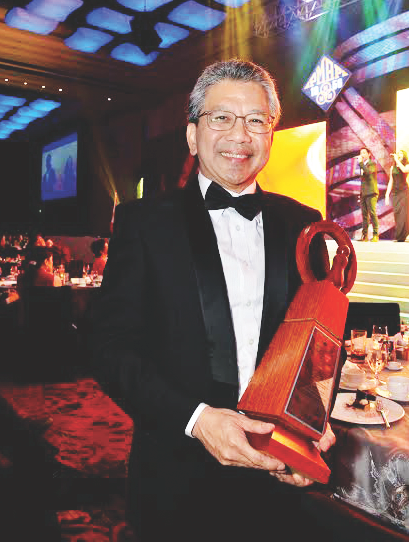 Currently, Globe employs more than 6,000 workers from staff to senior management levels. Employee composition in terms of gender is close to equal as 53 percent are male while the remaining 47 percent are female employees.

“Of the total number, 51 percent belong to Generation X and about 46 percent are Millennials while the remaining 3 percent are Baby Boomers. Also, seven of the 18 high-ranking executives comprising the company’s Senior Leadership Team are females, showing women are accorded the same opportunity to handle important and critical positions based on their qualifications,” Jiao added. 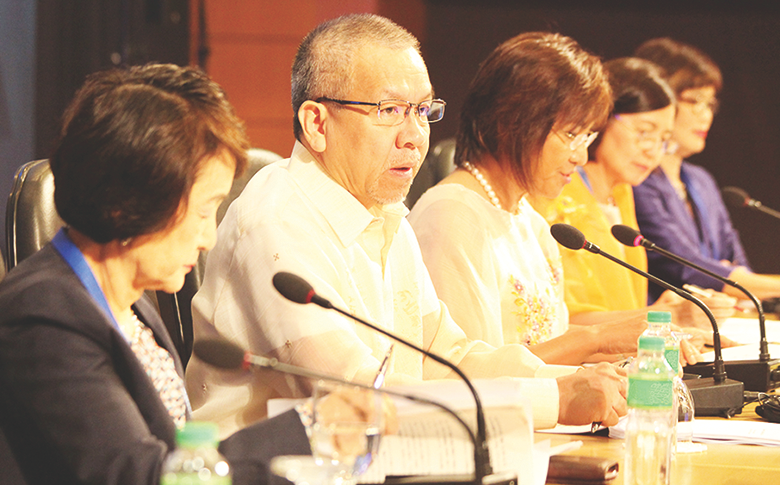 And as part of the company’s efforts to promote a culture of diversity, Globe will undertake this month another round of roadshows in major business schools in the United States, such as in Wharton-University of Pennsylvania, Harvard School of Business, New York University, Yale, Columbia University, Stanford University and UC Berkeley, to potentially attract MBA graduating students into the company. The project hopes to establish a strong academe-industry linkage and hopefully attract and build a pipeline of MBA talents from top business schools in the United States.