Volkswagen CEO: recall of cars hit by scandal to begin in January 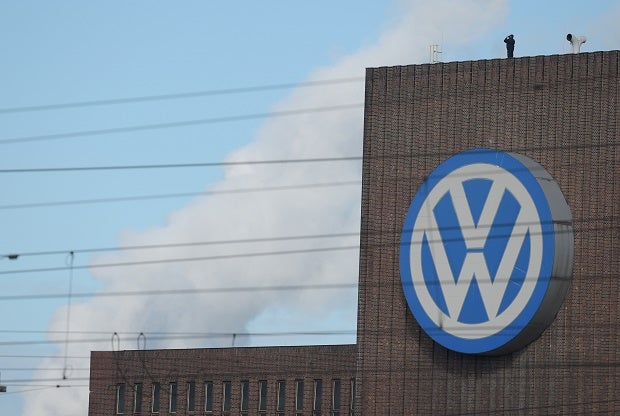 A man looks through binoculars as he stands next to a corporate logo of Volkswagen on the rooftop of the former power plant of the German car manufacturer in Wolfsburg, Germany, Friday, Sept. 25, 2015. Volkswagen’s supervisory board is meeting Friday to discuss who to name as CEO after Martin Winterkorn quit the job this week over an emissions-rigging scandal that’s rocking the world’s top-selling automaker. AP

BERLIN — Volkswagen’s new chief executive says that a recall of cars with software at the center of the emissions-rigging scandal should start in January and the automaker aims to fix them all by the end of next year.

Volkswagen has said up to 11 million vehicles worldwide across several of its brands contain the diesel engine with the software used to cheat on US emissions tests. CEO Matthias Mueller told the daily Frankfurter Allgemeine Zeitung: “It will hopefully be fewer, but in any case still far too many.”

Mueller said in an interview published Wednesday that in most cases a software update will suffice to fix the problem but some vehicles could need new injectors and catalyzers.

He said: “If everything goes as planned, we can start the recall in January.”