PH seen a ‘laggard in doing something about Asean’
By: Doris Dumlao-Abadilla - Reporter / @philbizwatcher
Philippine Daily Inquirer / 07:53 AM August 19, 2015

“Bigger is better” is typically the name of the game in banking as in most businesses, unless one makes a deliberate decision to remain a niche player. The country’s largest banks reached such status through a series of mergers and acquisitions (M&As) over the decades.

Yet in the region’s impending integration, the Philippines’ biggest players are but small fishes in a big pond. The SM group’s banking arm Banco de Oro Unibank has embarked on a number of M&As since the turn of the century, in the process growing its assets at a faster pace than any other player to become the country’s biggest bank starting 2009. To date, BDO has built up $41 billion in assets, but this still pales in comparison with Southeast Asian giants such as DBS Group with $332 billion in resources and OCBC with $302 billion.

“We have to combine our top three banks in the country to be able to land on one of the top positions in the banking industry in Southeast Asia,” said BDO chair Teresita T. Sy, noting that there was a big gap when it came to defining scale between corporate Philippines and regional counterparts.

In a keynote speech before the Shareholders Association of the Philippines, Sy underscored the importance of scale, noting that an organization with substantial tangible assets would be able to better weather the changes in the global market. Such game-changers include market shift, digital disruption, logistical concerns, overregulation, potential social repercussions and increased constraints in natural resources.

Yet size is not all that matters. Sy added that companies with a strong balance sheet could better manage risks. Philippine banks, hardened by the 1997 Asian currency crisis, have learned from experience that apart from building scale, maintaining a good asset quality, diversifying revenue streams and building capital were just as important. Over the years, they have boosted capital, enhanced credit underwriting and administration practices, installed good governance standards, reduced bad loans and strengthened their capacity to absorb losses under stress conditions to be able to withstand cutthroat competition especially in an environment where corporations have better access to cheaper and long-term funds from the capital markets.

To further raise the bar, Philippine lawmakers have liberalized the entry of foreign banks since last year, a structural reform seen in preparation for the creation of the unified Association of Southeast Asian Nations (Asean) economy by end-2015. The latest round of liberalization is more aggressive than the initial round sanctioned in the 1990s, when 10 new foreign banks were allowed to set up onshore branches.

Under the implementing rules and regulations (IRR) of Republic Act 10641, also known as “An Act Allowing the Full Entry of Foreign Banks in the Philippines,” more foreign banks can now apply in the Philippines either as a branch or as a wholly owned subsidiary. Foreign banks are likewise now allowed to acquire up to 100 percent of the voting stock of an existing domestic bank. In addition, it allows foreign banks to control up to a combined 40 percent of the total assets of the banking system. In 2013, Congress also passed the amended Rural Bank Act (Republic Act No. 10574), allowing the infusion of foreign equity in the capital of rural banks.

By liberalizing the banking sector, the Bangko Sentral ng Pilipinas is “setting the downstage for foreign investment and competition as the country joins the Asean Economic Community (AEC) by 2015” and preparing to tap opportunities from the Asean Banking Integration by 2020. “Toward this end, there is a need to facilitate more foreign participation in the provision of financial services, catalyze investments in the productive sectors of the economy and cultivate public-private partnerships (PPP) in critical industries,” the BSP said.

The Asean consists of a diverse group of 10 fast-growing countries at different stages of economic and financial development: Brunei Darussalam, Cambodia, Indonesia, Lao P.D.R., Malaysia, Myanmar, Philippines, Singapore, Thailand and Vietnam. “Their populations are young and growing and have high savings rates. But investment needs are also large, related to advancing urbanization, the region’s growing middle class and the need to increase connectivity and provide hard and soft infrastructure,” according to an International Monetary Fund working paper that took stock of the progress of regional financial integration.

“Coming out of the Asian financial crisis, Asean countries have made great strides in strengthening their macroeconomic frameworks and their external positions. The region has witnessed an increase in trade and capital flows, both within the region and with the rest of Asia and the world. Asean financial integration has also progressed. Direct investment has risen; cross-border banking linkages have deepened, and foreign participation in Asean capital markets has increased,” the IMF paper said.

AEC is envisioned to be a region where goods, services, investments, skilled labor as well as capital may freely flow, turning the community into an economic powerhouse of 600 million people and with a combined gross domestic product (GDP) of close to $2 trillion. This will become the third-most populous region and the seventh-largest economy in the world. Based on the roadmap, there are 12 “priority” sectors identified under the integration plan: agro-based products, air travel, automotive, e-Asean, electronics, fisheries, healthcare, rubber-based products, textiles and apparel, tourism, wood-based products and logistics, as well as the food, agriculture and forestry sectors. 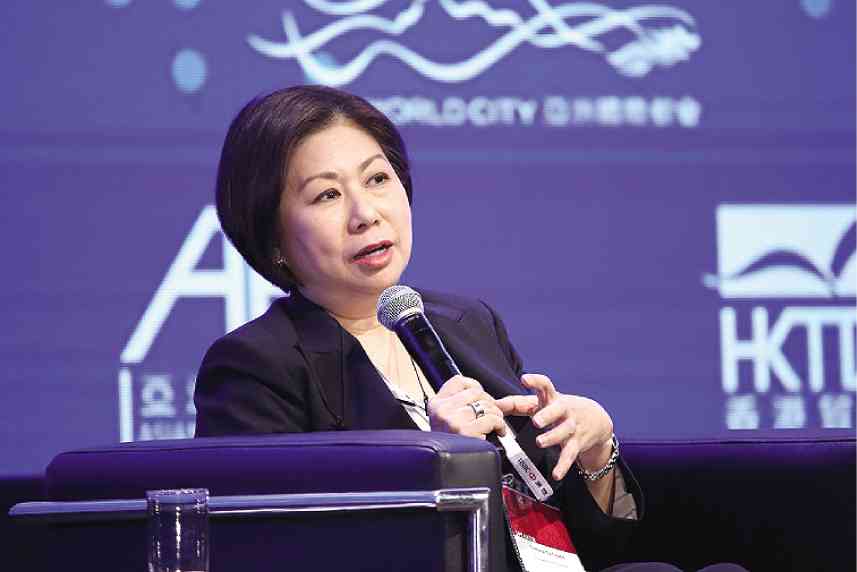 As early as 2011, Asean Central Bank Governors endorsed the creation of the Task Force on the Asean Banking Integration Framework (ABIF), which aims to achieve region-wide banking sector liberalization by 2020.

“The ABIF represents a critical milestone for Asean toward achieving greater financial and economic integration. The immediate objective of ABIF is to achieve a more integrated banking market, spearheaded by qualified Asean banks (QABs) that now have the potential for a meaningful presence across Asean countries,”  based on the joint statement of the 1st Asean Finance Ministers’ and Central Bank Governors’ Meeting (AFMGM) in Kuala Lumpur last March.

The ABIF seeks to promote financial development and higher regional economic growth and is anchored in principles that emphasize inclusiveness, transparency and reciprocity. With the finalization of the framework by all Asean central bank governors, any two Asean countries may enter into reciprocal bilateral agreements to provide QABs with greater market access and operational flexibility consistent with those of domestic banks in the respective host countries. The implementation of the framework will be accompanied by the strengthening of home-host regulatory and supervisory cooperation arrangements to support the effective surveillance and supervision of QABs. 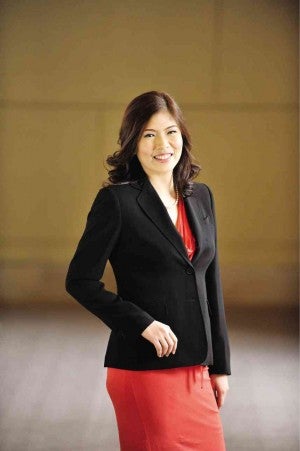 Manuel Salak III, managing director and head for commercial banking clients and corporate finance for Asia at ING Bank NV, said the Philippines and Indonesia were trailing many of their neighboring countries in riding on the benefits of creating a single economic community in Southeast Asia. The Singapore-based Filipino regional banker said in an economic forum jointly organized by ING and the Economic Journalists Association of the Philippines (Ejap) that the two emerging markets were “laggard in doing something about Asean.” Specifically, Salak said the two countries were lagging in terms of the level of sophistication of member financial institutions, noting that the Thais, Singaporeans and Malaysians were more advanced in this regard.

“It’s not just in the financial services. In different sectors, if you want to be able to be in one community, there’s also the practical consideration that your own guy should be able to play in the same league. It’s just like basketball,” Salak said.

While still building up scale to swim in a bigger pond, the Asean play for Philippine banks for now would thus be likely to defend their own backyard first.

“They’re not looking to go out,” said COL Financial head of research April Lee-Tan, noting that the network expansion of most banks seemed to be more focused on gaining local market share.

“As it is, there’s a lot of competition among domestic banks, that’s why interest rates are low right now,” she said, noting that net interest margins might stay flat due to strong competition and liquidity. “To a certain extent, abundant liquidity is negative for the banks because they can’t raise interest rates (for lending),” she said.

“The Philippines is still underbanked. They really need to go to the areas that are underbanked. That’s where they can make profits.  They say competition is tough. That’s because they don’t go to areas where the margins are higher,” Lorenzo said.

Indeed, Philippine banks are not compelled to seek regional opportunities, likely through the early stages of Asean integration, as like most other local corporations, they still see a lot of low-hanging fruits domestically. This is especially true given that banking penetration in this nation of 100 million people, which is seen at the cusp of reaping demographic dividends (with bulk of its population reaching working age) is still very low.

A regional survey done in 2012 by the US Agency for International Development, showed that only 26.56 percent of working-age Filipinos–or those 15 years old and above–have accounts with banks or financial entities despite the presence of so many banks in the country. In New Zealand, Australia and Singapore, nearly every person of working age has a banking account.

Note that Singapore has only three big banks serving its 5.5 million population, which means there’s one bank for every 1.83 million people. In the Philippines, there are 648 operating banks as of end-2014, suggesting there’s one bank for every 154,320 people. The banking landscape has already been streamlined since 1998, amid rationalization incentives provided by the BSP. The number of operating banks in the country peaked at 996 in 1998. Based on the latest BSP report, there were 36 universal and commercial banks with 5,797 branches/other offices; 69 thrift banks with 1,851 branches/other offices, and 543 rural and cooperative banks with 2,065 branches/other offices. But despite these large numbers, IMF data as of 2012 showed that nearly 37 percent of large cities and municipalities have no banks, which means that banks stick to where the crowd is.

Opportunity still abounds locally and local banks are seen in a good position to use their homecourt advantage to the hilt.

“There’s room for growth within the Philippines itself where the foreign banks are not. The foreign banks won’t go to the provinces. They will go only to Metro Manila,” Lorenzo said. “The local banks’ edge is, this is their country.”