Vietnam accuses US of flooding stores with cheap chicken 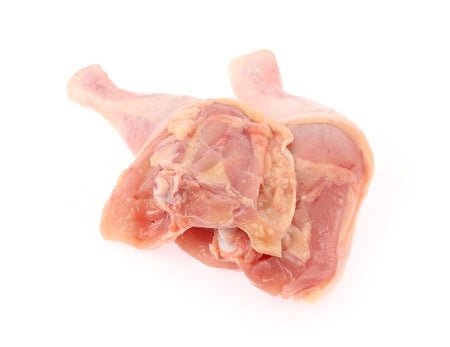 The Vietnamese government has required relevant ministries and organizations to clarify whether US producers are selling cheap frozen chicken legs on the Vietnamese market.

Minister-Chairman of the Office of Government Nguyen Van Nen said more thorough examinations were needed as part of integration commitments with the world economy.

He added that a conclusion could not be simply based on initial information.

The challenge was raised by livestock associations in Dong Nai Province and the Southeast Region.

They have asked the Office of the Prime Minister, the Ministry of Industry and Trade and the Ministry of Agriculture and Rural Development to open an investigation into the alleged dumping.

The Ministry of Industry and Trade and several other ministries were at present collecting information.

According to findings of Dong Nai Province Livestock Association, the prices of chicken legs in US supermarkets ranged between 50,000 dong ($2.30) to 80,000 dong ($3.70) per kilogram while a kilogram of the imported chicken legs from the US to Vietnam cost merely 20,000 dong (92 cents).

The Southeast Region Livestock Association, whose members sell about eight million chickens a month, said the American imports caused them to lose about 500 billion dong ($22.93 million) in the first half of this year.