Manila is most competitive city; Davao Sur for provinces 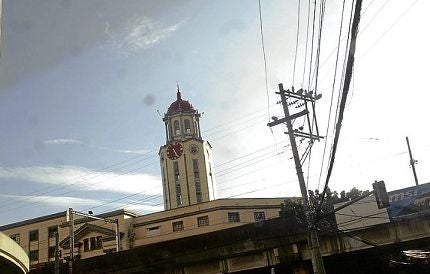 Two cities, two municipalities and a Mindanao province emerged as the most competitive places in the country—on the back of measures and programs being implemented in these areas to improve their “economic dynamism, government efficiency and infrastructure.”

The results were based on a performance assessment of 1,120 local government units (LGUs) using 28 equally weighted indicators grouped as three pillars, namely, economic dynamism, government efficiency and infrastructure. Participating were 142 cities and 978 municipalities.

Speaking at the Third Regional Competitiveness Summit yesterday, NCC cochair for the private sector Guillermo Luz said the index would largely benefit the participating cities and municipalities regarded as the “driving force and building blocks of national competitiveness.”

Luz said the index could be used by LGUs to assess the development in their localities and determine if their plans and budgets were providing the desired results; while the private sector could use it as a reliable source of information for business and investment decisions.

He noted that this year’s index highlighted two key trends.

“The first is that there are more cities and municipalities participating in the project, reflecting their interest and appreciation for being measured. From a starting point of zero, we ranked 285 LGUs in 2013. The following year, we basically doubled that figure to 535. This year, we doubled that figure again to 1,120,” Luz said.

“The second trend is that LGUs, particularly municipalities, are now more conscious of maintaining and collecting data. In 2013, most LGUs could barely collect 50 percent of the data required to make the listing. Today, in spite of higher data requirements, LGUs as a group are able to collect about 80 percent of the data needed. They now appreciate the value of data as part of their diagnostic toolbox for measuring their competitiveness,” he said.

Economic dynamism was scored according to the size and growth of the local economy as measured by business registrations, capital, revenues and occupancy permits; capacity to generate employment; cost of living; cost of doing business; financial deepening; productivity; and presence of business and professional organizations.