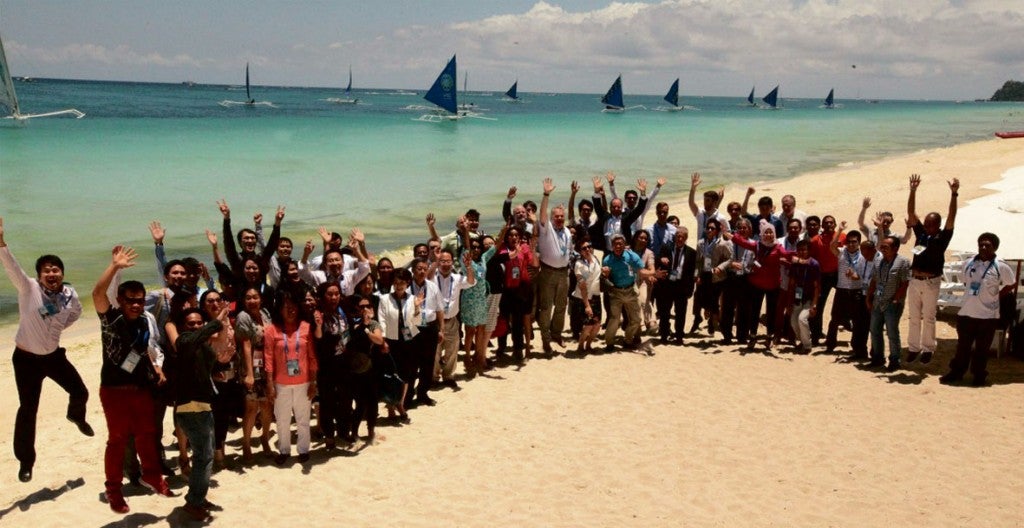 It is touted to become a significant economic driver, the full potential of which many countries have yet to tap.

The power of the Internet, if fully maximized, undoubtedly has the capacity to further advance countries and bring about enormous economic and social benefits across all social strata, thus potentially enabling governments to achieve inclusive growth in their respective economies.

Such was the overall tone and view shared by officials from the 21 member economies for the Asia Pacific Economic Cooperation (APEC) during one of the meetings held in Boracay, Aklan last month.

A highlight among participants of the APEC Telecommunications and Information Working Group was the sheer promise of the so-called “Internet of Things” (IoT), which referred mainly to the online interconnection of everyday objects; how rapid development of information and communications technology has enabled the increasing convergence between the digital and physical world to ultimately create the “Internet of everything;” as well as the challenges that hamper economies from tapping its full potential. 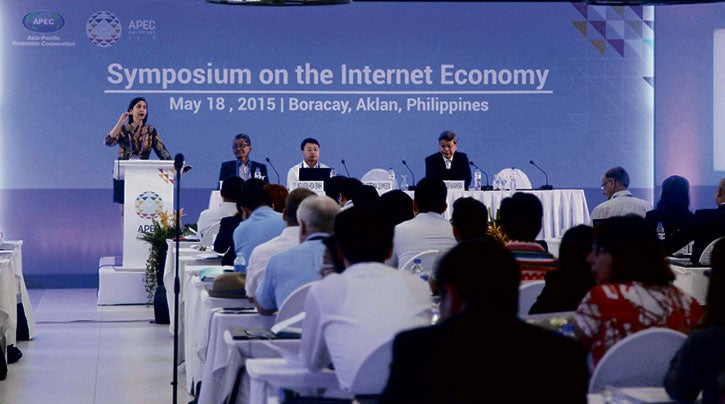 The Philippines, in partnership with the Pacific Economic Cooperation Symposium on the Internet Economy in Boracay Island last May.

“Nurturing the development of the IoT requires integration with traditional industry and upgrading of the regulatory system as well as global standardization across devices, sensors and applications,” said Zhang Yanbin, Deputy Chief Engineer of Teleinfo Institute at China Academy of Telecommunications Research at the Ministry of Industry and Information Technology (MIIT). Yanbin led the public-private workshop in Boracay under the APEC Telecommunications and Information Working Group.

Citing data from International Data Corporation, APEC disclosed that IoT and its surrounding technology ecosystem are expected to grow to an $8.9 trillion market globally by 2020, thus creating unlimited opportunities for economic growth and social progress.

But while the prospects are significant, there are stumbling blocks that continue to constrain economies to further develop the IoT—from issues concerning infrastructure, education, to the policy and regulatory environments in each economy. Resolving these issues are expected to help member states to effectively bridge the digital divide, particularly in developing economies like the Philippines.

“It’s not just about regulations, but a broader picture in government in general. Education is key. Educators need to provide coding skills for students to be able to write code for mobile app developments that are the essential ecosystem of the IoT,” noted Jake Jennings, Executive Director of International External Affairs at global telecom firm AT&T.

Dr. David Galipeau, Manager of the United Nations Social Enterprise Facility, meanwhile believes that governments should take the lead in providing services and financing to social entrepreneurs leveraging the IoT.

“Governments are also providers of services from sanitation and traffic control to economic development. If they become partners with industry, they can deliver more efficient and higher quality services to citizens while at the same time improving social and environmental conditions,” Galipeau said.

“Industry and governments should work together to put citizens, not consumers, at the center of all IoT policy and regulation frameworks. The economic benefits of the IoT will be huge—but the social benefits are even more critical to promote inclusive growth,” he added.

On the part of the private sector meanwhile, the telecommunications industry is expected to play a crucial role in the development of the IoT. For one, discussions in the recent APEC meeting showed that smartphones are fast becoming a central hub for controlling all these interconnected devices. This means that the industry is expected to play a crucial role in developing a country’s Internet economy. As in the case in other APEC member countries, Philippine mobile providers are similarly deemed instrumental in realizing the full potential of the Internet as they do not only serve as communications service providers, but are also enablers that provide powerful platforms of data analysis and information.

In the Philippines, one mobile provider is bent on helping the country harness the enormous benefits that may be derived from the use of the Internet.

In a recent interview with the Inquirer, leading telecommunications company Globe Telecom shared some of the measures and innovations that the company has so far introduced to help the country reap and maximize the benefits that the Internet of Things may bring and to help ensure inclusive growth with the aid of the modern day telecommunication.

For one, Globe Telecom is handling the information and communication technology requirements of the APEC 2015 meetings. As an official ICT partner for APEC, the telco is providing enhanced indoor and outdoor cellular and Wi-Fi connectivity for all venues as well as infrastructure and on-site technical support. It is also taking care of the mobile communication needs of the APEC National Organizing Council (APEC NOC).

“What is good about APEC is that they really strengthen cooperation among economies, with the common thrust of how we can better our position in the advancement of technology, that could lead and add to the growth in economy,” said Joel R. Agustin, SVP-Service Management, Globe Telecom. 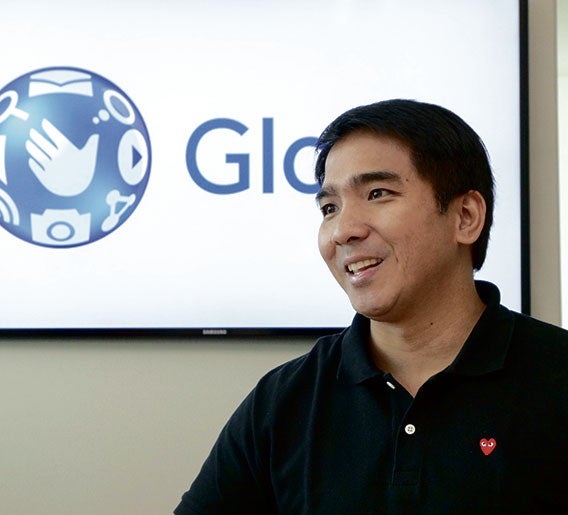 Agustin, who was one of the delegates who participated in the IoT workshop in Boracay last month, acknowledged that the concerns that cropped up were relevant and extremely helpful for countries like the Philippines which continuously innovates to capitalize the full potential that the World Wide Web brings. 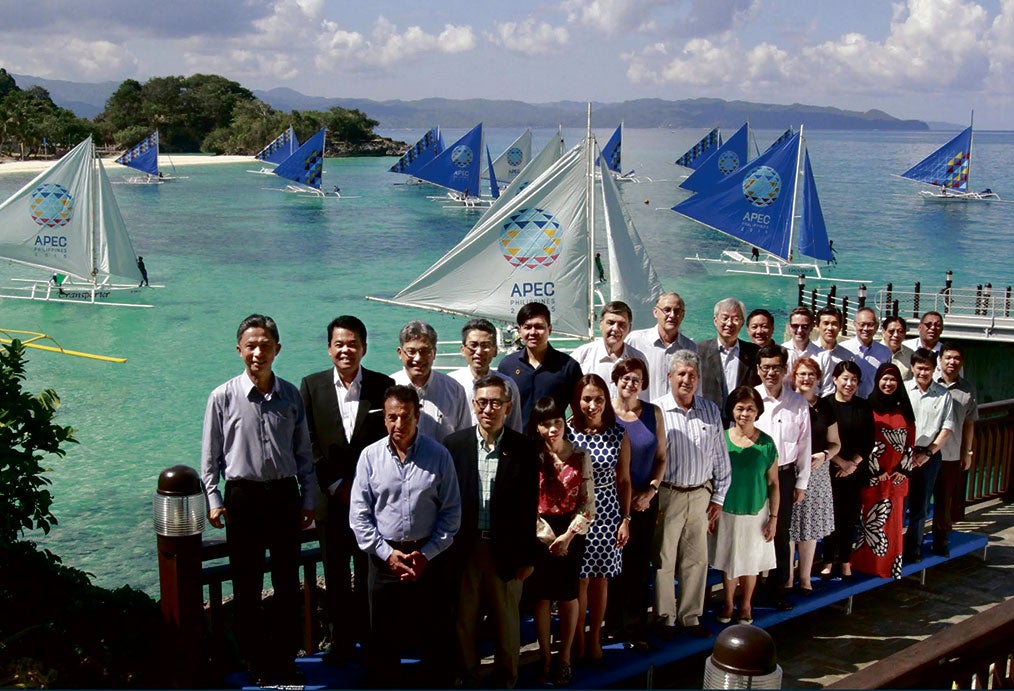 Delegates of the Second Senior Officials’ Meeting pose for their official family photo at the Jetty Port of Banyugan Beach in Shangri-La’s Boracay Resort and Spa.

“As an observer, I felt privileged because I was able to gather great insights. Yes, we know about the IoT and how it works but what makes it truly interesting is knowing how others use it and apply it in their day-to-day existence. The workshop and discussions were affirmations for us, specifically for Globe, of what is needed for IoT to work, how we can use it as an enabler and become a strong economic driver,” he said.

But bigger questions loom: is the Philippines ready for IoT? And how does the country fare compared to other member economies that also see the Internet as a strong factor in growing their respective states?

“I don’t think we are far off. Here’s how I look at it: if the Internet of Things were a race, the Philippines would be in the middle of the pack, compared to the likes of Japan who will always be among the front-liners. But at the pace that we’re going, and with the momentum we have established through the years, we are certain that we will soon be considered as one of the front-liners,” Agustin claimed.

“The role of Globe in improving the digital arena and achieving great gains from the IoT is really important, thus we always make sure that all the necessary fundamentals are covered and provided for,” he further said.

According to Agustin, Globe has long started to lay down the groundwork for IoT as the company has always kept pace with global technological advances and bring these in the country.

“When Globe participated in this year’s discussion on the IoT, it was an affirmation that we are doing the right things. We may not be as sophisticated as Japan, but I believe that it’s just a matter of time before we get there. What is essential has already been put in place to jump-start the IoT as a potential economic driver and at Globe, we have made a commitment to keep improving and delivering everything else that will be needed,” he added.

For Agustin, key fundamental areas must be addressed to maximize the benefits of the IoT. These include improving coverage and connectivity, latency and capacity, affordable devices, big data and analytics, and security. 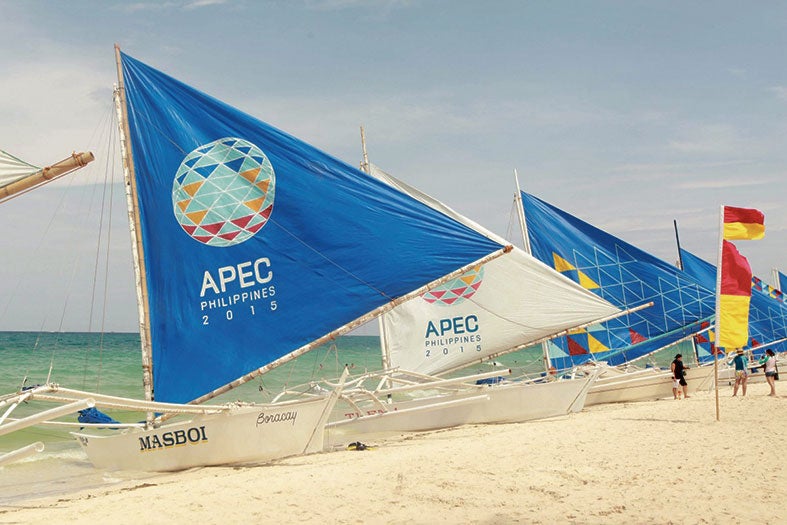 According to a symposium held in Boracay Island last May, the Internet economy is increasingly important in providing jobs and opportunities across the Asia-Pacific region.

“To make the IoT a success we need to have a robust wireless coverage and connectivity and a complying performance. This has to be supplemented by affordable devices that users can utilize either for business or for networking,” Agustin said.

“These are the things important to make IoT a success. Those fundamentals that I’ve mentioned are the fields that we at Globe have made available, and we keep improving and expanding on these areas to ensure that consumers from all around the country will benefit and be covered,” Agustin concluded.