Getting Manny out of harm’s way 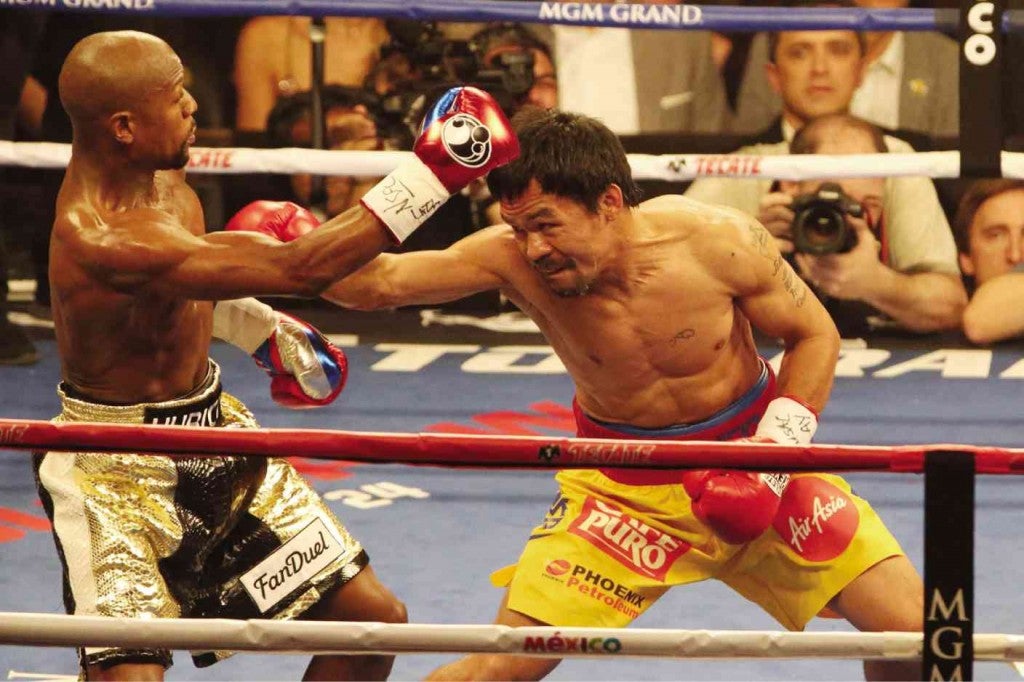 With 65 professional boxing bouts, not including the countless amateur fights he has engaged in, Manny Pacquiao owes it to himself to spare his head and body from further beating.

Manny gratefully acknowledges that God blessed him with extraordinary physique, mental and physical skills to make him the global boxing icon that he is now. But he should also acknowledge his responsibility to prove himself a good “steward” of his own body. He must retire and hang up his gloves before he breaches the threshold point for serious, irreparable brain damage.

He needs to realize the long-term complications of the cumulative brain injury he is unwittingly exposing himself to. The cumulative effect of the injury is piling up with every bout; once it reaches a certain threshold point, he may end up with irreparable and disabling sequela, which will nullify everything that he worked hard for.

Repeated and prolonged sport-related brain concussion has been shown to have a potential for long-term brain problems in athletes, particularly boxers. Autopsy studies of professional athletes after they died showed significantly more prominent degeneration of the brain and nervous system in athletes with repeated head contact than non-athletes. There is more fibrotic scarring in the brain, a testament to the cumulative trauma the brain has endured.

Review of studies looking at the postretirement lives of athletes with repeated head contacts showed shorter life spans and long-term neurological problems like Alzheimer’s disease and Parkinson’s disease, as in Muhammad Ali’s case. Psychiatric and behavioral problems in these athletes have also been reported.

This imminent harm to athletes who have a similar experience as Manny’s has been dubbed by many medical names, but most scientific literatures still call it as chronic traumatic encephalopathy. Chronic means repeated and longstanding, traumatic means physical injury, and encephalopathy means a diffuse or extensive brain disorder.

In the researches, the deterioration in brain function was typically detected 10-20 years after retirement of these athletes. Behavioral and psychiatric problems have been noted in the athletes in varying degrees. They may present with difficulty in speaking (dysarthria), walking, maintaining one’s posture, keeping one’s fingers steady, decision-making and other neuropsychiatric manifestations. In 70 percent of cases, the symptoms were not progressive. In the remaining 30 percent, however, they were progressive and got worse over time.

In Manny’s case, he would only be in his 40s or early 50s by then. Probably, at that time, he would already be aiming for the presidency of our country. I’m a big fan of Manny, but with the repeated head trauma he has subjected himself to—notwithstanding his sincere desire to help the nation—I’m afraid he might not be that holistically fit to lead the nation 10 to 20 years down the road. He should learn to accept this fact at this point. There are so many other ways he can help his countrymen without aiming to become president. He has already made his legacy. He will forever be in every Filipino’s heart. All of us will always hold him in high esteem.

His family, coach Freddie Roach and all those who care for him should be one and firm in telling him that fighting a few more bouts might be courting disaster already. He is no longer the Manny Pacquiao of 10 years ago who could absorb all the blows to the head without a brain neuron shrinking. The unexpected knockout he suffered in the hands of fellow boxer Juan Manuel Marquez was already a fair warning. A similar “lucky punch” from his opponent in the next few “farewell bouts” he has in mind might be an “unfortunate punch” which could end up with a tragic nightmare, not only for Manny but for the whole boxing world that adores him.

Should Manny insists on continuing his boxing career, and aiming for the highest position of the land some day, I’m afraid the cumulative damage to his brain might have already affected his judgement and decision-making capability.

May you see the light, Manny. God bless you.