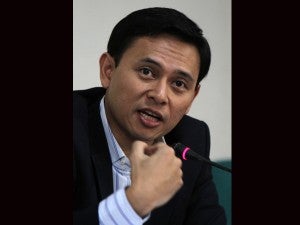 Senator Juan Edgardo “Sonny” Angara renewed his call on Friday for the simplification of the tax system in the Philippines amid the reported difficulties experienced by taxpayers when they filed their income tax returns (ITR) last April 15.

“While we laud the efforts of the Bureau of Internal Revenue (BIR) to make taxation more transparent and efficient by implementing the electronic filing and payment system, it seems that many still find the new system more cumbersome and costly with the extra steps they have to take to file and pay their annual income tax,” Angara, chairman of the ways and means committee, said in a statement.

“Add to that the glitches on the BIR website and the unfamiliarity of some BIR officials who are expected to assist the confused taxpayers,” he said.

The senator, who also filed a bill that seeks to lower income tax rates, has long been pushing for the simplification of the process of tax filing and payment by minimizing the steps, requirements, forms and fees imposed by the BIR.

He cited a report by the World Bank and PricewaterhouseCoopers called “Paying Taxes 2015” which shows that it takes an average of 193 hours or eight days for a Filipino to comply with their respective tax obligations. This is faster than the Asia-Pacific average of 229 hours, but still slower than the 173 hours in Cambodia, 155 hours in Myanmar, 133 hours in Malaysia, 93 hours in Brunei Darussalam, and only 82 hours in Singapore, the country’s neighbors in Southeast Asia.

The same report showed that Filipinos need to make 36 payments to fully comply as compared to 32 payments in Vietnam, 31 in Myanmar, 27 in Brunei, 22 in Thailand, 13 in Malaysia, and five in Singapore.

Angara said that under the Anti-Red Tape Law, all government agencies are required to undertake time and motion studies of transactions to reduce processing time and bureaucratic red tape.

He said he already requested from the BIR its time and motion studies to see how they could simplify and shorten the process.

“We have a one-size-fits-all type of tax system. Business tycoons who own multi-billion corporations have the same requirements as sari-sari store owners and sidewalk vendors who may not be computer literate. This should not be the case. Ang mga Pilipino naman ay handa at gustong sumunod sa batas at magbayad ng buwis pero pinapahirapan pa sila ng mahabang proseso at kumplikadong sistema (Filipinos are willing to follow the law and pay their taxes, but they are being burdened by an arduous process and complicated system),” said the senator.

Angara then urged the BIR to fix and upgrade their e-filing system to ensure the feasibility of the new system, and to make the already burdensome task of paying taxes easier and more convenient especially for small entrepreneurs.

BACKSTORY: Henares: e-filing of ITRs to be implemented

“It has been a problem of the government to not have enough revenue. Tax collection has been wanting over the decades. What do we attribute this to? Some say it’s because of inefficient administration.

“A simplified system coupled with an updated and lowered tax rates would definitely increase compliance, widen the tax base and raise revenue collection. We must continue to push for these tax reforms to balance the needs of both the government and the citizens,” he further said. IDL