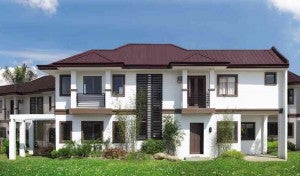 (We feature property titans—men and women who have stood out in the crowd and done their industry proud.)

According to Leuterio, it was in the mid-’90s when PODC, under the direction of its chair Guillermo D. Luchangco, started its township project in Cagayan de Oro (CdO), a city they regarded with a great potential. CdO serves as the gateway to Mindanao, considering its natural deepwater port and road linkages. Its economy has been growing quickly since then. Recognized among the country’s top most competitive cities for two consecutive years, CdO even topped the list in 2013.

Leuterio said: “PODC built its township not in the center of town but on a plateau in uptown CdO. This created a new growth area which became quickly populated with homes and businesses as the Pueblo de Oro township became CdO’s desirable address.” 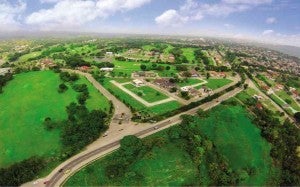 The Courtyards was conceptualized as a horizontal condominium development—the first in Mindanao—and is a fully secure community. Westwoods was envisioned as a low-impact and low-density housing development with only 407 lots spread over 14 hectares of land.

Leuterio’s direct involvement in two projects—Westwoods and La Familia Apartments—sustained the growth momentum of the township. When the two projects were separately launched, they were received very well by the market. 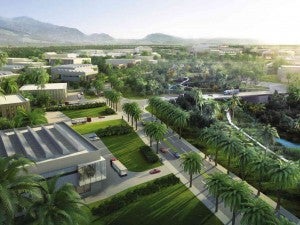 The township also has a 25-hectare business district that boasts of prime office or commercial strips featuring low-rise, low-density commercial establishments; educational institutions including Xavier University, the leading school in Region X, and a church whose construction is ongoing. A 10-hectare IT Ecozone developed by PODC is Mindanao’s first Philippine Economic Zone Authority (Peza)-registered IT economic zone.

PODC also developed an 18-hole all-weather championship golf course designed by Robert Trent Jones II. Rated among the top 5 golf courses in the country and the best in Visayas and Mindanao, the Pueblo golf course is now a major golfing destination. Pueblo Glof & Country Club has hosted a number of national golf tournaments.

Leuterio said: “We employed a similar approach when we started expanding outside CdO. Our next project was in Lapu-Lapu City, Mactan, Cebu. Our Pueblo de Oro Cebu project is near Mactan Cebu International Airport and Cebu Light Industrial Park. Cebu is the country’s second largest metropolis, second only to Metro Manila.”

Leuterio confided that they did the same thing with their Luzon projects. Strategically located in the heart of Central Luzon, San Fernando in Pampanga is within the Manila-Clark-Subic Economic Triangle. According to him, its economic vibe is pushing San Fernando to grow into an agro-industrial-commercial metropolis. 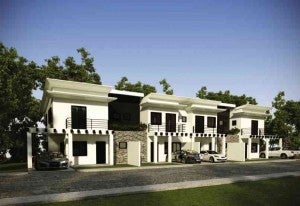 PERSPECTIVE of the Enclave townhouse

Long before eco-friendly or green features became the prevailing global trend, PODC has already been committed to protecting the environment through the following programs and activities:

2Built an outflow and detention pond in the lower portion of the township to contain water runoff from the plateau to the valley before dispersal into the creeks to mitigate flooding in the valley portions of the township;

3Installed a drainage system in the golf course that directs surface water to five-manmade lakes, which serve as reservoirs for irrigation;

4Implemented the use of organic herbicides and fertilizers to cut down the use of chemicals to maintain greens; and planted over 2,000 trees in the golf course area;

5Maintained in the residential subdivisions open spaces such as parks and playgrounds not just to comply with government requirements but also boost air circulation;

6Promoted awareness on garbage separation and tree-planting among the residents;

7Encouraged within the township the use of electric shuttle services that cuts down on noise and air pollution;

8Sustained efforts to maintain, restore and protect a 40-hectare forest with the township in close coordination with the Department of Environment and Natural Resources through tree-planting activities with students and volunteer groups;

9In developing Westwoods, conducted a flood study that resulted in the installation of bank protection measures such as gabions, riprap and soil filling. 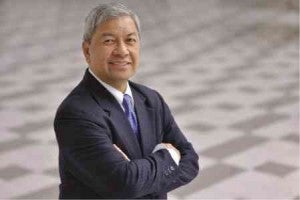 Leuterio is also president of Manila Exposition Complex Inc. and director of Hermosa Ecozone Development Corp. He is a member of both Financial Executives of the Philippines and Makati Business Club.

PODC boasts of many firsts in the industry:

Leuterio joined ICCP, one of the country’s leading independent investment houses, about six months after its inception in 1988 and has been under the tutelage of chair Luchangco ever since. ICCP has grown into a fully diversified conglomerate known as ICCP Group, which has expanded to include to its interests a broader scope of financial services and property business. The group’s flagship company is the investment bank.

His experience encompasses all facets of finance as the president and COO in July 1998 of ICCP, which specializes in project development, mergers and acquisitions, financial advisory and loan and equity fund-raising.

Before joining ICCP, he held various management posts until he became president and COO of ICCP in July 1998. He was assistant vice president of Security Bank and Trust Co. from August 1980 to June 1988. Other positions Leuterio held were assistant treasurer of Bancom Development Corp., which was then the country’s largest investment bank, and research consultant at the Economic Development Foundation, a training ground for management consultants.

Leuterio is married to Marie. They are blessed with four children: two boys, Ino and Anco, and two girls, Ali and Lis.

Business acumen, which Leuterio possesses, has indeed been a valuable and necessary quality for high-level corporate leaders. As a financial expert, his rise to prominent positions in the ICCP Group enabled him to take advantage of leadership opportunities in other organizations—meeting like-minded individuals and stretching his leadership skills.

Leuterio has a very hectic schedule for various corporate positions, business group affiliations and civic organization memberships aside from his family life. This financial whiz blends his innovative ideas with tried and tested solutions in residential and industrial estate development in the country. This is not only beneficial to the ICCP Group but to the property industry as well.