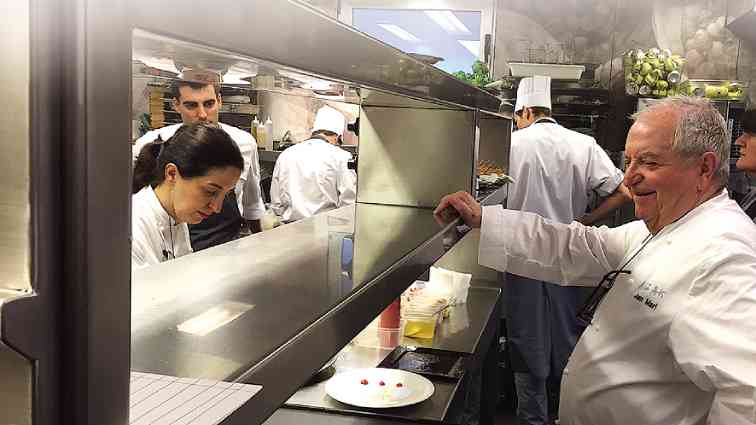 Last week, we congratulated the Filipino chefs who participated in Madrid Fusion, the biggest gastronomic festival in Spain.

But the bigger news is that in two months, from April 24-26, Manila will be in the world gastronomic spotlight as the Philippines hosts the first Madrid Fusion to be held in Asia.

The best news is that because of Madrid Fusion Manila, some of the world’s best chefs will be coming to Manila to do lectures, cooking demos, and maybe pop up in a restaurant or two to showcase their distinguished cooking techniques using Filipino ingredients. 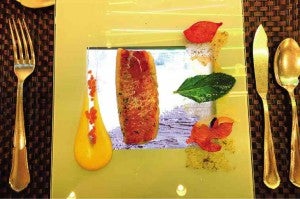 RED mullet on ìwater,î served on a transparent plate placed over a tablet with a video of splashing water. MARGAUX SALCEDO

By “world’s best chefs,” I don’t mean just any celebrity chef with a cooking show but chefs who have earned the much-coveted three-Michelin star restaurant status and have been hailed by the world culinary community at various prestigious international conferences for their innovative contributions to the development of world gastronomic trends as well recognition in the World’s 50 Best Restaurant Awards list.

Chef Elena was recognized as the Veuve Clicquot World’s Best Female Chef at the World’s Best Restaurant Awards in 2012. She is the joint head chef of the family restaurant, Arzak.

The restaurant was established in 1897–older than the Philippine Republic!–and earned its third Michelin star a century later in 1989, under the third-generation leadership of Elena’s father, Juan Mari Arzak, recognized as a pioneer of modern Basque cuisine.

Achieving three-star Michelin status was best captured in this line in the movie The Hundred Foot Journey: “One Michelin star is good. Two is amazing. Three is only for the gods.”

The Michelin Guide explains the stars: One star means it is a very good restaurant in its category; two means the restaurant has excellent cooking and is worth a detour; three signifies “exceptional cuisine” that is “worth a special journey.” 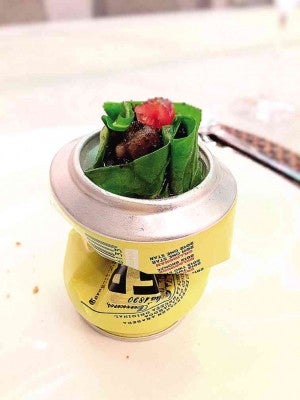 To have achieved three-star Michelin status over two decades ago and maintained it for so long is an unbelievable feat.

That Arzak is “worth a special journey” is true.

The experience of dining here is extraordinary and kind of like love–it is something you must experience yourself to understand.

For their part, the Arzaks describe their cuisine as having three essential components: it is distinctly their own, meticulously crafted in their laboratory before being introduced to their kitchen; it is avante-garde and constantly evolving; yet always based on the roots of basic San Sebastian cuisine.

The items served on the menu here take anywhere from six days to six months to create in their “laboratory.” Each plate is literally a work of art. Sweet chili peppers and sardines, for instance, which are favorite pintxos in San Sebastian, are presented enclosed in a barquillos-like spherical ball. When the ball bursts in your mouth, you are surprised by the presence of the two ingredients. Or take their presentation of the red mullet, a very popular variety of fish in San Sebastian: a tablet with a video of splashing water is placed beneath a transparent plate so as you slice the fish you quite literally have a vision that transports you to the sea.

Chef Elena Arzak will be touching on the genius behind Arzak in her highly anticipated talk, but there is also word that she is collaborating with a Filipino restaurant for Philippine ingredients to be brought to the Arzak laboratory next month to be developed into a menu and presented at the chosen restaurant in April. (Visit the Madrid Fusion section in margauxlicious.com for updates.)

The other big name arriving in Manila is Chef Andoni Luis Aduriz of Mugaritz. 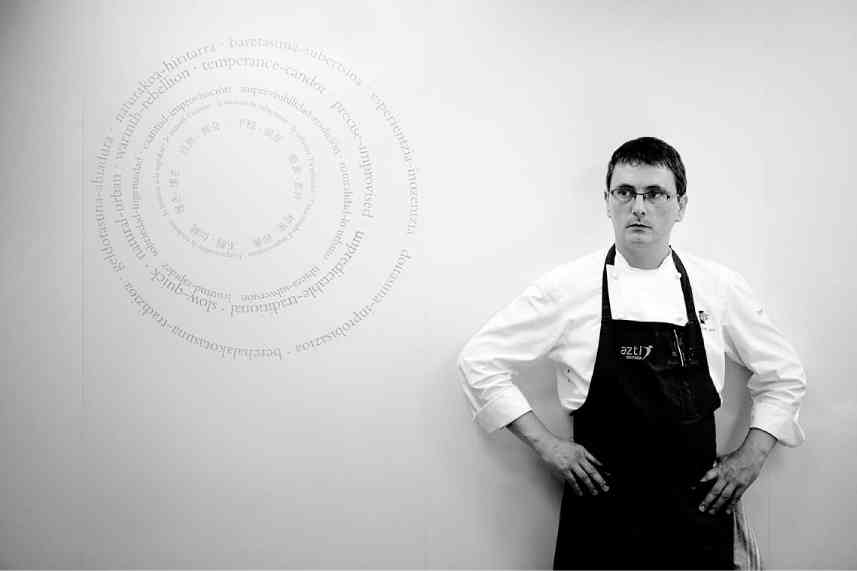 Mugaritz is No. 6 on the current list of Worldís 50 Best Restaurants.

World’s 50 Best explains why: “Everything about chef Andoni Luis Aduriz’s restaurant–from the specially created barbecue smell that emanates from the restaurant, designed to remind approaching patrons of their childhood, to the way the table is laid (or not)–is done for a precise reason. The aforementioned tables, for example, are left bare save for a white tablecloth and a centerpiece of a broken plate, to eschew any sense of restaurant hierarchy or provide any hint of the meal that awaits… Diners aren’t given access to a menu before booking and are instead treated to a personalized series of some 20 or so dishes. Some creations play with aroma, texture and flavor while others are designed to be provocative, tell a story or evoke an emotion. The restaurant’s now-famous starter of edible ‘stones,’ which are in fact potatoes styled cleverly to look like teeth-breakers, is well known and oft-copied in kitchens across the world, but Aduriz has many more tricks up his sleeve.”

At Madrid Fusion, he gave the most evocative talk, making the audience taste a sliver of paper and saying that if you recognized that it is bitter, you are part of the 75 percent in the world who are “super tasters.” He also stressed that gastronomy is not just about taste but that memory and sensuality are important elements.

He will be bringing this talk to Manila. But aside from the talk at the event proper, it has just been confirmed by Chef Jose Luis “Chele” Gonzalez, who was called on the Madrid Fusion stage last January and given special mention at the Tribute to Mugaritz talk as a Mugaritz “graduate” now spreading his wings in Asia, that Aduriz will be doing a benefit 12-course dinner for only 40 pax on April 26, Sunday, at Gallery Vask (for inquiries, call 0917-5461673). 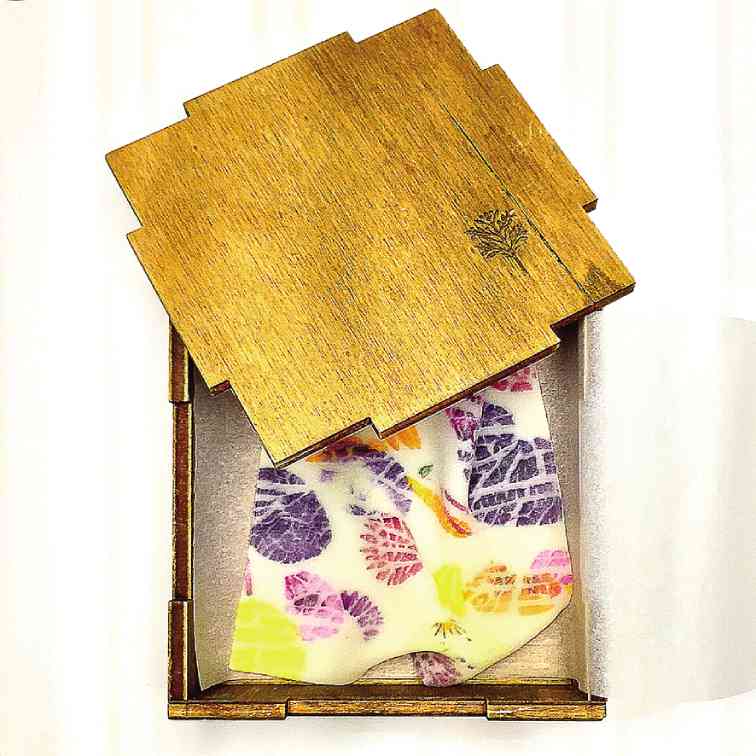 The Spanish chefs are especially excited to come to the Philippines to discover Philippine products.

Aduriz and Torreblanca are both on a mission to discover the flavors of the Philippines to incorporate these in their creations back home.

Elena Arzak is also excited as, she says, she had been waiting for 10 years to come to Manila, to visit friends and to likewise pique her curiosity about local ingredients: “Finally, after 10 years, I am going to the Philippines. Thank you (Madrid Fusion Manila) for my invitation — for me it’s like a dream. I am so happy to go. Finally I am going to Pilipinas and the event is going to be a very important event in Asia!”

Visit madridfusionmanila.com for the profiles of the speakers and to register for Madrid Fusion Manila. Visit the Madrid Fusion section in margauxlicious.com for updates on parallel events.