I like to think of Salcedo Village in the Central Business District as the country’s own little Manhattan. Offices and residences blend together. There’s a park in the middle. You can walk anywhere. You feel safe walking alone even in the middle of the night. And best of all, the dining scene is pretty damn good.

There is always a good restaurant here. Back in the 1990s, Chef Myrna Segismundo reigned supreme with Sign of the Anvil at the top of the PCI Bank Towers. Then Chef Jessie Sincioco responded with Top of the Citi at the Citibank Tower, where you would find Romulo Mabanta bigwigs like Lawyer Perry Pe relaxing at the end of the day. 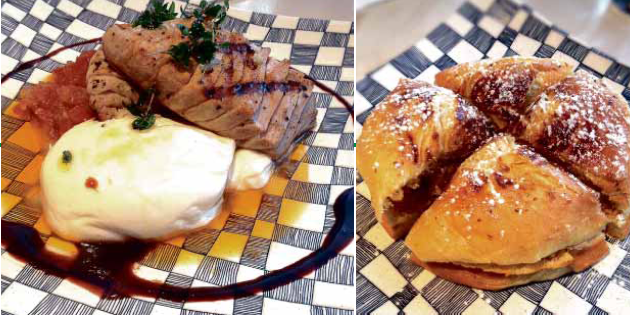 When we greeted this millennium, the happening place was Il Ponticello, with many a band playing Dave Matthews covers as guests enjoyed great Italian cuisine. Around a decade ago, Chef Ed Quimson— may his soul rest in peace—reigned with Chef Ed’s. A couple of years after that, we saw the birth of Japanese bistro Nanohana and Elbert Cuenca opened the very high brow Elbert’s Steak Room on dela Costa.

Some restaurants that now have several branches started in Salcedo as well.

New Bombay Cafe had its humble beginnings as an Indian cafeteria with authentic cuisine in the Sagittarius Building on dela Costa. And Apartment 1B, which now has a branch in Rockwell and an organic sister resto named Kitchen 1B in Legazpi Village, was born on Sedeño St., near Makati Sports Club.

Now, a new restaurant row has come alive. It started with the opening earlier this year of Toby’s Estate, a coffee house that has received very good press. Soon after, Wildflour, of cronut fame, opened next door. Recently, La Creperie, a cutesy version of Cafe Breton, joined the list.

The old Brasserie Boheme has closed and in its place in the Picasso boutique hotel has risen Pablo, a bistro with a very unique menu.

With a name like Pablo, after the legendary Español artist, one would think that the restaurant served Spanish cuisine.

But David Collado, the restaurateur who made this space come back to life, says he and his partners deliberately avoided labeling their food “Spanish” so as not to be confined to what the cuisine is traditionally understood to be.

“We are a bistro. A bistro is a small space where you serve good food and drinks. That’s all,” he explained.

It was an excellent decision. While the restaurant prior was very French frou-frou, with an expensive menu whose items the waiters could never pronounce or describe accurately, this one is homey yet hip.

Everything seems simple yet nothing is ordinary. 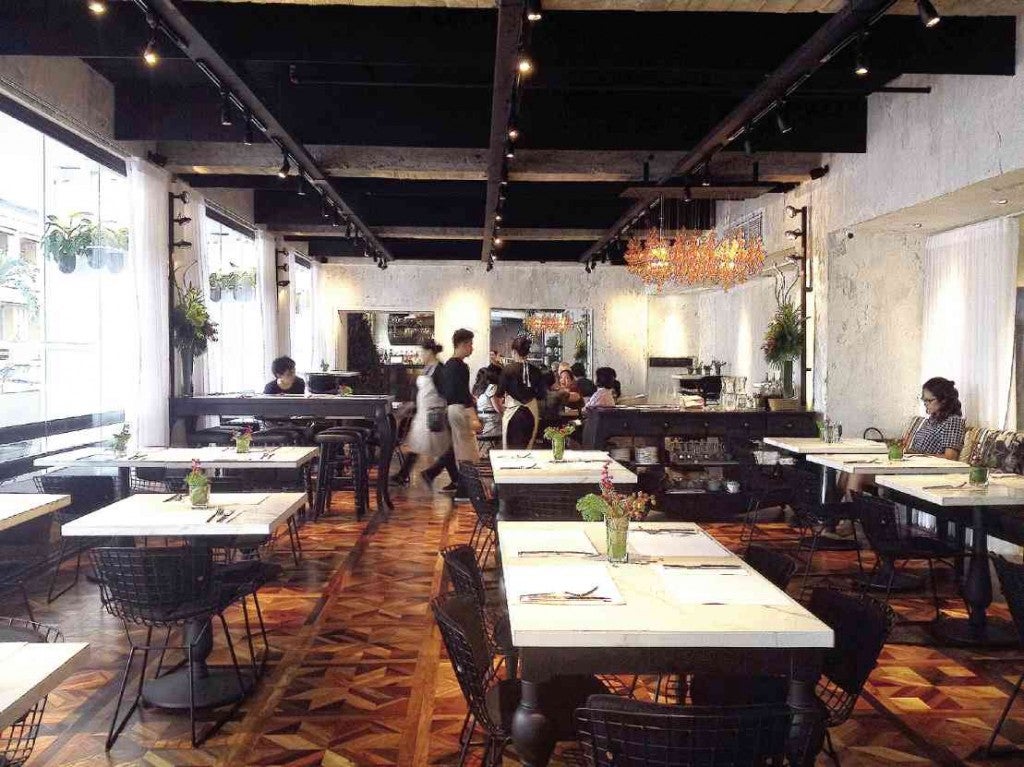 First of all, the basics are simply executed well. The lobster bisque is definitive in flavor and not like the half-colored version that other restaurants on a tight budget present.

The pork belly is fork-tender as it was braised for 24 hours. And the lamb riblettes have just the right bounce of gaminess in the mouth.

Then there is the worldly Pablo—the Pablo who seems to have trotted around the world and developed an obsession with foie gras.

First, they serve a very, very generous slab of pan-seared foie gras. It is three times larger than what is usually served at fancier restaurants for a lesser price. It is soft, rich, creamy, with all the dreaminess foie brings with it.

The love doesn’t end there. For mains, a must try is the duck and foie paella.

It comes in a rectangular baking dish instead of a paellera and comes evenly distributed instead of in a mound but, as paella-maker Nico Garcia pointed out, the socarrat—the crust that forms at the bottom of the pan when cooking paella—is just right.

Paella is already addictive on its own. So it is hard to imagine how foie gras can up the ante on this already well-loved dish.

It obviously adds another dimension to the flavors of the classic Spanish dish but best about it is the creamy texture offered by the duck liver.

When you take a bite, flatten the dice of foie gras against the rice in your mouth. Your savoring will become sinning!

As if that wasn’t enough foie-ing, they take the classic ensaymada and stuff it with duck pate. Indulge by pairing this with a sweet Sauvignon blanc on a hot Saturday post-payday afternoon.

There are healthier options on the menu, of course. Try the yellowfin tuna served with tomatoes and a very refreshing, generous portion of burrata cheese. This is a meal in itself and a healthy way to overload on protein.

They’ve also got you covered from early morning to late at night.

Being the restaurant of the boutique hotel Picasso, it offers a hotel breakfast menu, You can wake up to Yardstick coffee, which the resto carries. But it also has a hip and happening bar, and I was delighted to learn that two familiar faces now work at Pablo: Fe, now restaurant manager, and Rod, a bartender—both from Martinis of the old Mandarin Oriental Hotel.

For the martini-loving executive, try this one: half Belvedere, half Bombay Sapphire. Guaranteed to make you forget about office politics.

But don’t get too drunk.

The business community is small and you will likely find lawyers in power suits and top executives with offices in Salcedo winding down here.

No reservations required. Parking available on the street or underground. (Note: don’t park by the curb, your car will get towed.) Major credit cards accepted. Wheelchair accessible. Open daily for breakfast, lunch and dinner.