When it comes to influenza or flu shot, the more protection it affords against various strains of influenza, the better. This is why the development of a new four-strain or quadrivalent flu vaccine should be regarded as an important new addition.

The new vaccine, which will become available next year, is designed to protect against four different flu viruses: two influenza “A” and two influenza “B” viruses.

The vaccine is especially important for people who are at high risk of flu complications, including older adults and young children. The most common complication is bacterial chest infection. Occasionally, this can become serious and develop into pneumonia. While a course of antibiotics usually cures chest infection or pneumonia, this can become life threatening, particularly in the frail and elderly. 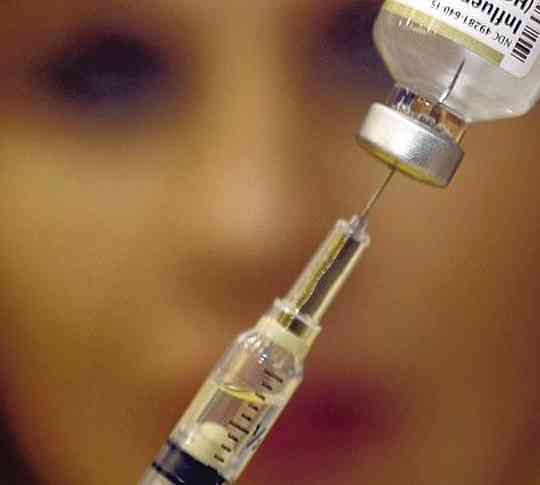 THE NEWEST way to ward off flu protects against four strains.

In the past years, the only flu shot available was a trivalent vaccine, meaning it protects against three strains of the disease: two viruses from the “A” class and one from the “B” class.

As with the two influenza “A ”viruses, researchers would also try to predict which “B” virus would be most prevalent in the coming year (health authorities reconfigure flu shot formulas annually, based on strains they expect to be prevalent).

However, research has shown that in the past 12 years, the World Health Organization has been wrong more than 50 percent of the time about which “B” strain will circulate. This means that in those years when they guessed wrong, even those who got the flu shot were unprotected from the “B” strain of the flu (although they were protected against the “A” strain).

Dr. Mark Simmerman, regional director of epidemiology and medical affairs of Sanofi Pasteur in Asia Pacific, said: “That is why health authorities and the vaccine makers are working to come up with better flu vaccines that could protect against more strains of flu. The development of the new quadrivalent flu vaccine should be considered as the latest and most important change in 30 years.” Simmerman was a guest during the 36th annual convention of the Philippine Society for Microbiology and Infectious Diseases held last month at the Crowne Plaza Manila Galleria.

The flu is the country’s fourth leading cause of illness. Unlike in other countries where getting the flu is “more predictable” (for example, most Americans only get infected during winter), the Philippines’ climate, according to Simmerman, causes Filipinos to be vulnerable all year long. “As a result, there is no way of knowing when Filipinos will be infected. There are notable peaks during the rainy months, but it is also important to know that Filipinos can get it any time of the year,” he said.

While quadrivalent flu vaccine has its advantages, the Centers for Disease Control and Prevention, or CDC, suggests not to delay or skip getting a shot if a trivalent is already available.

Simmerman said “While flu shot does not always provide total protection, it is worth getting. New flu vaccines are released every year to keep up with rapidly adapting flu viruses. Because flu viruses evolve so quickly, this year’s vaccine may not protect you from the next year’s viruses.”

He clarified that a number of people who get the shot may still come down with flu. This is because protection is not just about what is in the vaccine but also heavily dependent on the individual. For instance, vaccine benefit is greatest in those with a healthy immune system.

Timing is also important. Getting the vaccine well before flu starts circulating is crucial because it takes an individual at least a couple of weeks to develop full immunity. Remember: Having a flu shot in the morning won’t protect you from the sick person sitting beside you in the doctor’s clinic later in the afternoon.

Simmerman says that together with getting the flu shot, a person could also take the following ways to help protect himself/herself from the flu and other viruses: wash the hands often and thoroughly with soap and water (using an alcohol-based sanitizer on hands if soap and water are not available); avoid touching the eyes, nose or mouth whenever possible; avoid crowds when the flu is most prevalent in the area; practice good health habits; get plenty of sleep; exercise regularly; drink plenty of fluids; eat a nutritious diet; and manage stress.

DOH warns against spread of influenza amid erratic weather

H7N9 ‘one of most lethal’ influenza viruses—experts

Did you know: Cases of influenza-like illness

Read Next
A perspective on diabetes and the Filipino culture
EDITORS' PICK
Duterte wants to visit wake of Robredo’s ma ‘but he has a lot of work to do’ – Palace
Mallorca City: Home of Cavite’s finest industrial hub
Here’s How Protein and Calcium Deficiency Can Affect Your Kid’s Health
When skincare meets makeup: Introducing the BYS Cosmetics Full Coverage line
For now, Filipino tourists can’t go to South Korea – gov’t
Drilon debunks Go’s claim on reso to extend ABS-CBN operations
MOST READ
For now, Filipino tourists can’t go to South Korea – gov’t
Pacquiao shrugs off Cayetano’s insults: I’m not ‘epal,’ ‘sipsip’
BREAKING: Duterte: ‘I accept the apology’ of ABS-CBN
Netflix reveals its top 10 most-watched shows every day
Don't miss out on the latest news and information.