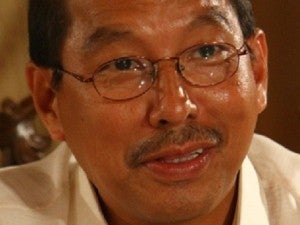 MANILA, Philippines — The Department of Budget and Management (DBM) is seeking the approval of an additional P23.34 billion as supplemental budget for 2015, which the agency said would be spent mainly on post-“Yolanda” rehabilitation as well as preparations for the 2015 hosting of the Asia-Pacific Economic Cooperation (APEC) Summit.

In a statement on Wednesday, DBM said that the supplemental budget would be used to build permanent houses and rebuild infrastructure in areas devastated by super-typhoon “Yolanda” (Haiyan) in late 2013, as well as fund the rehabilitation of lines 1 and 2 of the Light Rail Transit (LRT) system ahead of the country’s APEC hosting duties in 2015.

“The national treasury has already certified the availability of funds to support these projects, but these appropriations must likewise be supported by proper legislation. With the proposed 2015 national budget already subject to Senate deliberations, we need the support of the House of Representatives to pass a supplemental appropriations bill to fund these projects,” Budget Secretary Florencio B. Abad said.

The supplemental budget would be funded with money coming from the government’s excess income and revenues.

On the sidelines of the 2015 budget deliberations at the Senate, Abad told reporters that the measure was submitted to the House of Representatives last Monday.

“We gave it to the Speaker [Rep. Feliciano R. Belmonte Jr.]; they’ll take care of that,” Abad said.

The budget secretary said that they would like it be approved “hopefully before this year ends.”

“Once it’s filed, we’ll ask the President to certify it as urgent,” he said.

According to DBM, the bulk or P16.4 billion of the 2015 supplemental budget would be spent on “new and urgent” projects, including P9.5 billion for the “Yolanda” Comprehensive Rehabilitation and Reconstruction Program.

The supplemental budget would also be used to pay P1.85-billion worth of liabilities incurred from infrastructure projects rolled out by the Department of Public Works and Highways.

Another P5.08 billion would finance “priority” projects that were previously approved but have been partially or not yet implemented. These projects were supposed to be originally funded either by the scrapped Priority Development Assistance Fund or “pork barrel,” or the controversial Disbursement Acceleration Program.

“Most of these projects have already been completed, are ongoing, or are urgently needed to sustain our socioeconomic development. The passage of the proposed supplemental budget will allow us to allocate funds accordingly so we can complete these projects right away,” Abad said.