Aquino firm on rebidding for Calax

Says gov’t must get ‘best deal’ for the people
By: Christine O. Avendaño - @inquirerdotnet
Philippine Daily Inquirer / 04:42 AM November 13, 2014 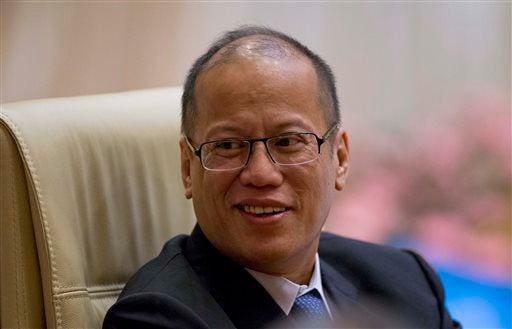 President Aquino smiles during Association of Southeast Asian Nations plenary session at Myanmar International Convention Center in Naypyitaw, Myanmar, Wednesday, Nov. 12, 2014. Aquino on Tuesday night in Beijing (before flying to Myanmar) said he was firm on having a rebidding of the P35.4-billion Cavite-Laguna Expressway (Calax) project despite worries from business groups. AP PHOTO/GEMUNU AMARASINGHE

BEIJING—Saying that the government was out to “get the best deals” for the people, President Aquino on Tuesday night said he was firm on having a rebidding of the P35.4-billion Cavite-Laguna Expressway (Calax) project despite worries from business groups.

“So for all of them (bidders) to be given the opportunity to show who has the best bid, rebidding (the project) might be the most fair (thing to do),” President Aquino explained why it was the best option considering the mixed reactions from several business groups.

Aquino had said several weeks ago that he was inclined to go for a rebidding of the public-private partnership (PPP) project that would see the construction and operation of a 45-kilometer tollroad south of Metro Manila.

“We are obligated to get the best deals for our people,” President Aquino told reporters before he departed for Myanmar to attend the Association of Southeast Asian (Asean) summit.

Aquino said the issue on the project came after allegations that the winning bid was “outbid by a bid that was disqualified.’’

Team Orion, a joint venture between Ayala Corp. and Aboitz Land Inc., topped the qualified bids last June with an offer of P11.66 billion. San Miguel Corp. unit Optimal Infrastructure Development Inc. (OIDI) had sought Palace intervention to reverse its removal from the bidding. It was disqualified over a technicality—the date on its bid bond validity came four days short of the required 180 days. OIDI’s offer, while not opened by the Department of Public Works and Highways but by San Miguel before the media last June, turned out to be the biggest at P20.1 billion.

He said it would not be fair for the Ayala-Aboitiz group if the government would simply give the project to San Miguel’s unit.

It was reported earlier that President Aquino was inclined toward a rebidding of the project because of the wide gap between Team Orion’s offer and that of OIDI amounting to P8.4 billion.

Aquino shrugged off the question that the rebidding of the project would affect investor confidence in the government’s bidding process.

“That’s what the other camp is saying,” he said.