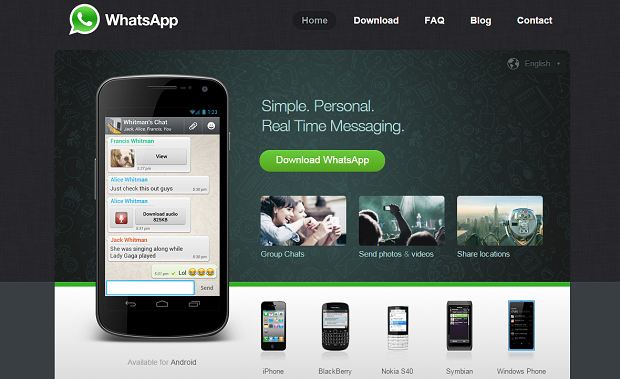 The breakdown of the big winners in Facebook Inc.’s $22 billion acquisition emerged Wednesday in a regulatory filing.

Koum, a Ukraine immigrant who was once living on welfare, reaped the biggest jackpot with 76.4 million Facebook shares now worth $5.8 billion. That makes him Facebook’s fourth largest stockholder behind company CEO Mark Zuckerberg and two mutual funds, Fidelity Management and Vanguard.

Acton, who worked with Koum when they were both Yahoo Inc. engineers, owns 39.7 million Facebook shares worth $3 billion.

More than 45 other WhatsApp current and former employees also received Facebook stock. Wednesday’s filing didn’t specify how many shares most of the other employees received.

Besides the Facebook stock, Koum and Acton also were paid a large chunk of the $4.6 billion in cash that was included in the WhatsApp acquisition. The amount of cash that the WhatsApp founders received hasn’t been disclosed.

Koum remains WhatsApp’s CEO and also sits on Facebook’s board of directors. He is being paid an annual salary of just $1, but will receive an additional 24.9 million shares of Facebook stock that will vest during the next four years. That restricted stock is currently worth about $1.9 billion.

Although WhatsApp ranks among the world’s most popular messaging apps, it hasn’t turned a profit yet. The service lost $232.5 million on revenue of just $15 million during the first six months of this year, according to documents filed with the Securities and Exchange Commission. WhatsApp’s revenue primarily comes from an annual subscription fee of 99 cents that kicks in after one year of free service.

Zuckerberg hasn’t spelled out how WhatsApp will make money yet, a sign that Facebook intends to subsidize the service while it tries to expand its reach beyond its current 500 million users.

Some investors are worried about Facebook’s rising costs to pay for the development of new services and employees picked up in acquisitions. Facebook expects its expenses to rise by as much as 75 percent next year, a rate that might outpace its revenue growth. That prospect rattled investors, causing Facebook’s stock to shed $4.91, or 6 percent, to at $75.86 Wednesday.