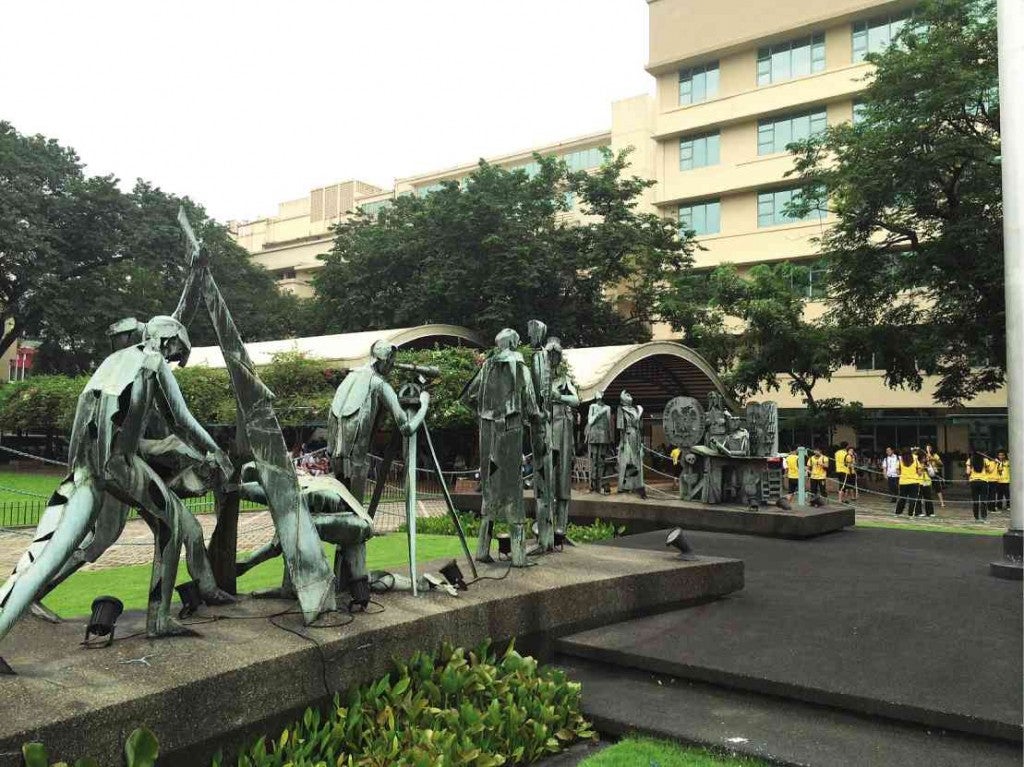 Being in education has been an education for Aurelio R. Montinola III, who took over as chair of Far Eastern University (FEU) in August 2013, four months after he stepped down as president and chief executive officer of Bank of the Philippine Islands (BPI), one of the country’s largest banking and financial institutions.

Montinola tells SundayBiz in an interview at the main campus of FEU, which he describes as “the best urban campus in the Philippines,” that while he has been on the board of FEU for years, he did not truly appreciate the challenges that constantly confront an academic institution until he took a much more active role in the running of its affairs.

These challenges center mainly on how to provide the estimated 40,000 students of FEU, which was founded by his maternal grandfather Nicanor Reyes in 1928, the best possible education that will help them become financially independent soon after they leave the school with college degrees in hand.

Keeping the facilities of FEU in top form is fortunately not so much a pressing concern, as the school has religiously kept up the tradition of improving its facilities every year. 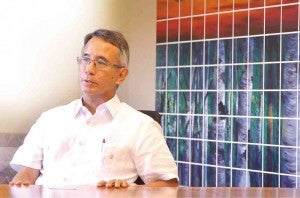 FAR EASTERN University chair Aurelio R. Montinola III: You have to be a good details person.

FEU has also remained true to its winning tradition in cultural and athletic pursuits. These days, he is firmly on the FEU side of the coliseum during basketball games organized by the University Athletic Association of the Philippines, even if he did graduate with a management engineering degree from Ateneo de Manila University.

“Between family and school, which would you choose?” the 63-year-old Montinola asks with a smile, although he confesses to not being as rabid a basketball fan as his siblings and mother, whom he succeeded as chair of FEU, whose campus in Manila hosts the largest ensemble of Art Deco architecture that managed to survive World War II.

The world of academia may be far removed from the banking industry he was involved in for the better part of his working life but Montinola, twice awarded the Asian Banker Leadership Achievement Award for the Philippines and a former president of Bankers Association of the Philippines, says he has grown into the job and is looking forward to “cheerleading” and “networking” for the university.

One thing that has not changed in his approach, Montinola says, is the need to pay attention to the smallest details, which, when added up, determine the strategy and health of the operations of the growing university system.

“If you want to be a first-level president, you have to be a really good detail person. It is both about strategy and operations, and then handling details,” explains Montinola, who remains as director of BPI and chair of BPI Globe BanKO, BPI-Philam Life Assurance Corp. and BPI/MS Insurance Corp.

One of the projects Montinola is working on is the adoption of blended learning in FEU, which means combining traditional classroom teaching with online instruction.

“We are taking it seriously. It is one of those things that is easy to say and hard to do, but the way to go,” Montinola says, adding that he saw the trend even when he was still with BPI, where he served as chief executive officer from 2005 to 2013. “Online learning is good but blended learning is even better because when all is said and done, technology is still just a platform.”

Plotting the strategic moves of FEU is part of Montinola’s job description as chair and he has that luxury because FEU has always believed in hiring professionals. It is these professionals who run the academic side of the institution while a number of family members take care of the business side.

“We have the board meetings and then we have the executive committee, where we determine policy and talk more extensively on certain topics, such as scholarships or a new learning management system,” he says.

Montinola has also taken it upon himself to lead the way toward raising the prominence of FEU, which boasts of having produced quality graduates, with a number having gone to take high-level positions in both the business world and the government.

“If you take a look at the Forbes list, we have a number of people there who had gone to FEU at one point, like Henry Sy Sr., Lucio Tan, Alfonso Yuchengco, Ramon Ang. These are examples of people who worked their way up. And then, in another realm, there is former Chief Justice Artemio Panganiban,” says Montinola.

Montinola, who also has a master’s degree in business administration from Harvard Business School, says what FEU wants is to produce each year graduates who are equipped with the right skills that will allow them to get a job soon after graduation. He is very much aware of the gap between what the industry wants and what the tertiary system produces, being vice chair of Philippine Business for Education Foundation.

“One of the biggest challenges is the industry-academe gap. The academe simply does not produce what the industry wants. So what we try to do is produce employable graduates,” Montinola says.

One of the skills he feels is badly needed in an increasingly interconnected world is critical thinking, which refers to the ability to solve problems, see trends and adapt to fast-changing conditions.

FEU has likewise given research more priority. It has already established research centers as well as a public policy center in cooperation with former Chief Justice Panganiban’s Foundation for Liberty and Prosperity.

FEU, which offers both basic and higher education, is also in the thick of preparations for the impact of the K to 12 basic education program imposed by the Department of Education.

While there will certainly be disruptions in the operation of higher learning institutions, Montinola believes that the increase in the number of years to the basic education program will augur well for the Philippines.

At the same time, he says, FEU has set out on a campaign to elevate its status and be among the five leading universities in the Philippines, if not among the Top 3. 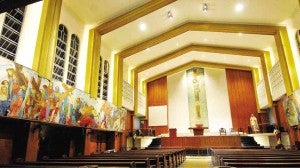 THE FEU CHAPEL showcases the crucifix and stations of the cross by National Artist Carlos “Botong” Francisco.

“Clearly, it is ambitious. But there is no harm in reaching for the stars,” declares Montinola.

As FEU stands, he believes that the university is on the right track, with its continuous investments in facilities and teacher training, its active sports and cultural programs, and even corporate social responsibility projects, such as the campaign to save the tamaraw, the school’s much-loved and enduring symbol.

He also feels good about the thrust toward blended education.

“I am convinced that education will change significantly in the next five to 10 years, where we are going to have a mix of classroom and online education. We still have to chart our journey to get there,” explains Montinola, who received the Management Man of the Year award from Management Association of the Philippines in 2012.

The excitement of venturing into new territory reminds him of the days when BPI was starting to roll out automated teller machines and when the bank started to embrace online banking.

He did not know then where the technological advancements would bring the bank but he was sure those moves were the right ones to make. It is that kind of certainty that fuels his desire to chart a more defined strategy for publicly listed FEU, which he believes should be a stronger brand than it is today.

After all, it has been producing quality graduates since it was set up.

Among its most popular courses are BS Business Administration, BS Medical Technology, BS Tourism and BS Architecture. He is also particularly proud of FEU Institute of Technology, where 95 percent of the graduates get immediately employed in the field they studied.

Montinola admits that there was a time when some graduates tended to not boast of having come from FEU.

But he believes that those days are gone, and Montinola is committed to give the FEU community much more reason to be proud to bear the mark of a tamaraw.