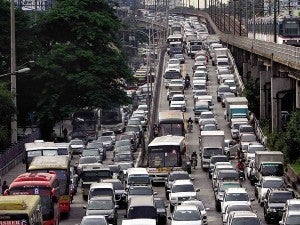 Business groups also blamed the lack of accountability among both national and local government leaders for the chaotic traffic situation on one of the major gateways connecting the National Capital Region (NCR) to the provinces in Central Luzon.

“This is the kind of thing that you don’t expect. Nobody is taking the blame, there is finger-pointing,” Ortiz-Luis said in a telephone interview, referring to the blame game between the national government and Caloocan City officials.

When the gridlock happened, “clearly, no one was in charge,” Lacson lamented.

According to Lacson, “the massive loss of man-hours, fuel and confidence in the traffic management ability of authorities are incalculable.”

If the traffic situation is left unaddressed, businesses would suffer, the business leaders said.

“Delivery commitments by factories and exporters—especially deliveries of perishables—were missed, which could lead to cancellation of orders, job displacement, loss of income for daily wage earners under the ‘no work, no pay’ arrangement, and operating loss for establishments,” Lacson said.

“The Philippines, with the lowest productivity in the region, cannot afford this kind of traffic mess as it lowers further the country’s competitiveness level,” Lacson stressed.

In the end, all the hassles that heavy traffic causes to businesses would ultimately become a burden to consumers, warned Philippine Chamber of Commerce and Industry president Alfredo M. Yao. Ben O. de Vera

Who does the MMDA blame for the traffic gridlock on C5-Katipunan?