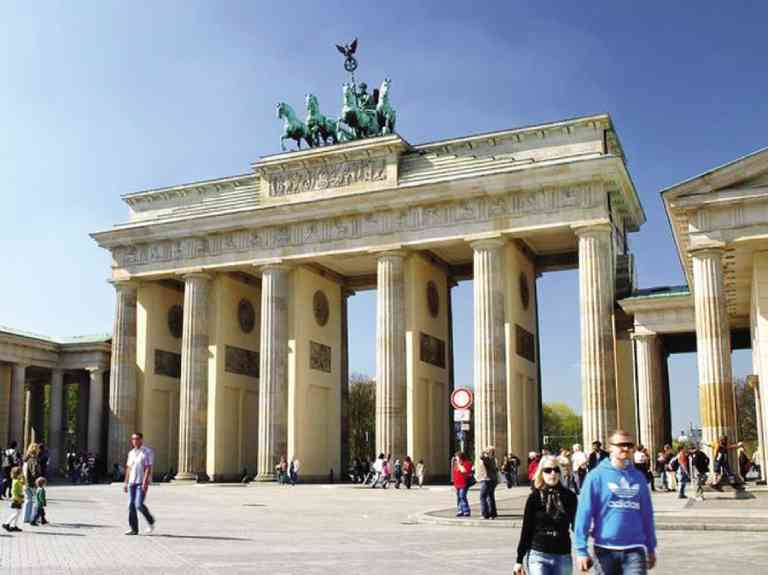 VISITORS flock to the Brandenburg Gate, an enduring landmark in the heart of Berlin. The city is now home to many young artists and entrepreneurs who have sought to make a difference in the world through their startup firms.

BERLIN, Germany – The capital of Europe’s largest economy is a haven for endless possibilities.

Once home to the famous wall that divided Germany for nearly three decades, Berlin is now home to many young artists and entrepreneurs who have sought to make a difference through their startup firms, which were founded on creativity, innovation and digital technology.

These artists and entrepreneurs are part of Germany’s thriving creative industries, which many developing economies like the Philippines are still looking to further develop.

And much can be learned from how this sector in Germany was able to generate over 60 billion euros in profit a year for Germany.

Berlin alone was reported to have contributed roughly half of the amount with over 32 billion euros generated from 2011 to 2012, said Jurgen Schepers, sector coordinator for creative services at the Berlin Chamber of Industry and Commerce.

“After the unification of Germany (in 1989), Berlin has developed itself into a melting pot. The young generation then found that they are free to do whatever they want to do here. So they come here and first started to get jobs to make enough money to live and enjoy,” Schepers explained.

Schepers pointed out that the creative industries have not only benefited the young artists and entrepreneurs seeking to make their own mark, but also the other related industries, most notably in the tourism sector.

Key to the overwhelming success of the creative industries here could not only be attributed to the ease of setting up one’s own business in the cultural city of Germany, but also to the significant support and acceptance being given by the federal states, the private investors, and even the bigger companies.

Berlin alone provides roughly 21 million euros for the creative industries, particularly more for film production, Schepers said. Other federal states of Germany give their respective subsidies for certain projects related to this sector.

There are also many avenues through which start-up companies can raise financing  for their respective projects, whether through foundations, private equity investors, or crowd funding.

A good number of the startup companies in Berlin are being funded initially by the founders themselves, who are taking a chance on the prospective opportunities presented by this cultural capital.

“You have to open yourself to the creative industries by accepting their rules. You need to have a special environment and infrastructure for the sector to survive,” Schepers said.

Berlin holds many such success stories about startup firms surviving the cutthroat competition with the more established firms. Given adequate financial and infrastructure support from the government and the private sector, many firms stand a better chance to grow their businesses.

Most of these companies, it should be noted, were put up by young artists and entrepreneurs who were armed merely by a creative and innovative idea.

Monika Frech, one of the founders of Dark Horse GmbH, said that it was quite easy to set up a company in Berlin.

The company, which was initially funded by its founders, was set up only five years ago as an innovation agency that enabled organizations to utilize the market potentials in the digital age through design thinking. Considering that the company remains relatively young, it has already bagged contracts from established firms like logistics company DHL.

A German social business firm that comes out with product solutions for humanitarian assistance, morethanshelters e.V. was also put up by a group who took a chance with an idea.

That idea, according to the firm’s chief of organization Jochen Bader, was to create more humane and holistic living spaces for those seeking shelter in refugee camps, such as the Al Za’atari camp in Jordan, by building a modular shelter system to replace tents.

The group was able to secure funding for the creation of prototypes, among other costs, from two social business investors and, more notably, from Germany’s Humboldt Innovation, which facilitates sustainable collaboration between science and business.

Given this support, morethanshelters e.V. has now contracted a third party manufacturer to produce 500 such shelters for testing.

The 25-year-old Melissa Karakus, editor and co-founder of the online magazine called Renk, was also one of those who took a chance at Berlin’s creative industries. Within a short period, Renk magazine was able to win over thousands of devoted readers.

The 24-year-old Johannes Husten is a member of what Berlin calls a cooperative for urban creativity, which is undertaking an ambitious urban development concept called Holzmarket.

Such a project, being funded through a “cooperative” scheme in which all member investors will have equal share no matter the amount he or she puts in, will transform an idle land into a unique urban neighborhood, and a highly productive space where IT startups and student living are brought together.

The cooperative, which pushed the project because it could generate some 800 jobs, was also able to convince a pension fund to buy the land where the Holzmarket sits for 60 million euros. Now the company has a lease contract with the funder for the next 75 years.