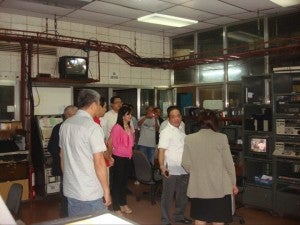 THE GROUP of Filipino-Chinese businessman and former ambassador Antonio Cabangon-Chua acquired a key stake in broadcasting firm Radio Philippines Network Inc. (RPN 9) with plans to restore the TV firm’s lost luster and bring it back to profitability within the next five years.

“The challenge now is to stop the bleeding of RPN 9 so we have to be more creative,” Benjamin Ramos, chief financial officer of Cabangon-Chua’s ALC Group, said in an interview.

Cabangon-Chua, whose media assets include newspaper BusinessMirror and radio station Aliw Broadcasting Corp., was taking three out of nine board seats in RPN 9 after buying out the shares of Wilson Tieng’s Solar Entertainment Group, Ramos said.

“TV is a challenging business but we are already in media, through print and radio, so why not give it a try,” Ramos said, citing a strong partnership with Solar TV. Asked whether a turnaround for RPN 9 was possible in five years, Ramos said they were targeting “to do it earlier than that.”

Ramos declined to discuss the value of the transaction, but said the deal with Solar Entertainment should be closed within the year pending certain deliverables, which he did not disclose.

A source with knowledge of the matter said that RPN 9, which is losing hundreds of millions pesos a year due to labor separation issues, had an estimated enterprise value of $30 million, valuing Cabangon-Chua’s stake at about $10 million. RPN 9 also has liabilities estimated at P2 billion, the source said.

Ramos said the deal would initially be a “personal” investment of Cabangon-Chua but eventually would find a place within ALC, a privately held group for more than 20 companies involved in banking, real estate, pre-need, automotive and media. Cabangon-Chua’s entry into RPN 9 comes amid the stiff competition in the TV industry, where only the two biggest broadcasters, ABS-CBN Corp. and GMA Network, manage to stay profitable.

Still, the lure of television remained strong given that the industry captured about 78 percent of the P340 billion that companies spent for advertising in the Philippines last year, data from Kantar Media showed. Advertising could ramp up anew starting 2015, mainly due to political-related spending ahead of the 2016 elections.

Ramos, also president of BusinessMirror, was named president of RPN 9 while Cabangon-Chua would be chair, he said. There is no decision yet on who would fill the third seat.

Another key shareholder is the family of RPN 9 founder Roberto Benedicto— a known Marcos associate— with three board seats. The Benedictos were open to selling their estimated 32-percent stake in RPN 9, but at a steep price, an industry source said.

Meanwhile, the government controlled two seats while “minority” stockholders held the remaining board slot, Ramos said. The RPN 9 transaction was possible because the Benedicto family managed to enter into a compromise agreement with the new government after the fall of Marcos, allowing it to keep some of its stake in the TV broadcaster from sequestration by the government.

That compromise was later questioned by the Presidential Commission on Good Government but the Benedictos finally obtained favorable rulings from the Sandiganbayan and the Supreme Court about four years ago.

Tieng eventually came in as a content provider and converted advances into equity, diluting all other shareholders. Tieng thus obtained 34 percent while the Benedictos trimmed their interest to 32 percent while government-held shares were pared to 20 percent.

Businessman Ramon Ang, also president of conglomerate San Miguel Corp., was previously approached to invest in RPN 9, a source with knowledge of the matter said. But Ang eventually decided to acquire a 30-percent share in GMA Network, one of the country’s biggest television networks. That deal could close by early next month, GMA chair Felipe Gozon had said.

Third-ranked TV5, owned by the group of businessman Manuel V. Pangilinan, has been struggling with ratings and earnings despite billions of investments poured into the venture. Still, Pangilinan said that TV5 could be back in the black in the next few years.

Cop, 8 others arrested and charged for Palawan lawyer’s slay