At Maynilad, a woman in a hardhat takes charge | Inquirer Business

At Maynilad, a woman in a hardhat takes charge 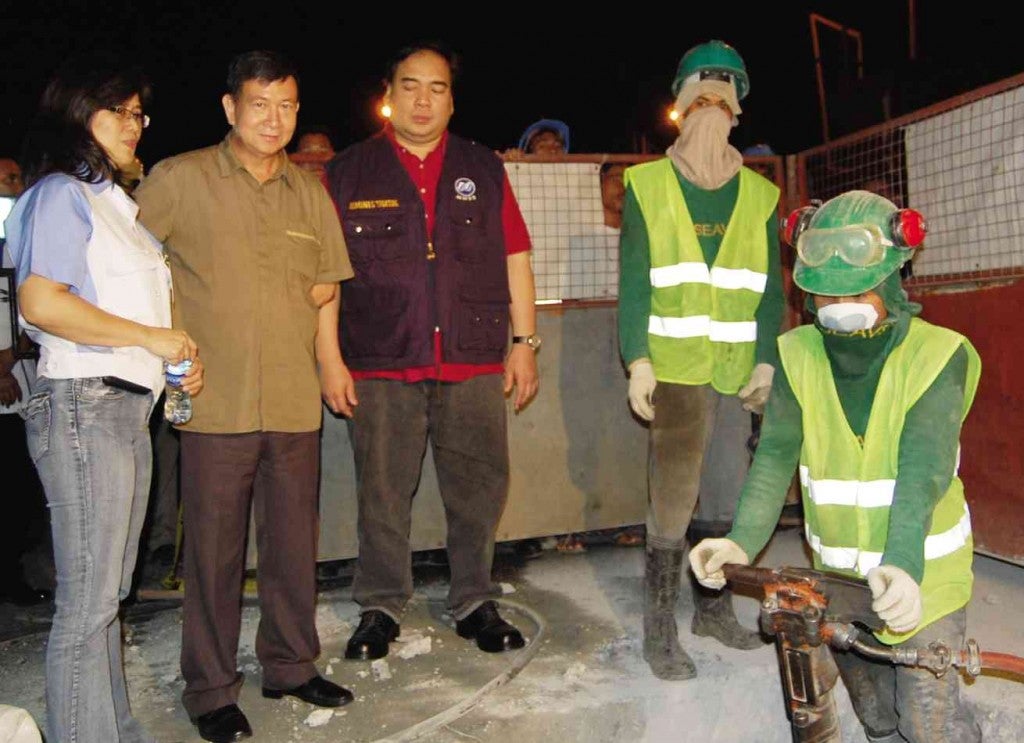 The Philippines is a great place to be a woman.

Here, women are provided numerous chances to break through the so-called glass ceiling that has barred women around the world from attaining their full potential.

Yolanda C. Lucas, who heads the program management division of the Consunji group’s water distributor Maynilad Water Services Inc., is one of the many women in the Philippines who have landed an executive position about which their sisters in other countries can only dream.

The 51-year-old civil engineer is only one of two women in the high-level management committee of the water distributor of the west zone. Lucas is in charge of the delicate task of implementing multibillion-peso capital expenditure projects on time and within cost—a task that puts her on call virtually round the clock due to the multitude of problems that inevitably and unexpectedly crop up. 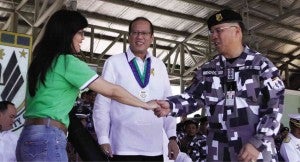 Lucas’ mandate is even more crucial in the operations of Maynilad as it has embarked on an aggressive capital expenditure campaign as part of an effort to improve its water delivery service to the west zone, which covers 17 cities and municipalities.

Maynilad is majority owned by DMCI-MPIC Water Co. which, in turn, is a joint venture of Metro Pacific Investments Corp. (MPIC), DMCI Holdings Inc. (DMCI) and Marubeni Corp. of Japan.

It provides water services in Manila (all but portions of San Andres and Sta. Ana), Quezon City (west of San Juan River, West Avenue, Edsa, Congressional and Mindanao avenues, the northern part starting from the districts of Holy Spirit and Batasan Hills), the cities of Makati (west of South Superhighway), Caloocan, Pasay, Parañaque, Las Piñas, Muntinlupa, Valenzuela, Navotas and Malabon, all in Metro Manila; the cities of Cavite, Bacoor and Imus, and the towns of Kawit, Noveleta and Rosario, all in Cavite.

Last year, for example, Maynilad spent P10.8 billion to expand its distribution network and build sewage treatment plants. This year, another P13 billion will be spent, mainly on treatment plants to make sure that the water discharged from its system will not cause significant harm to the environment.

Maynilad has set aside close to P5 billion this year to increase its sewerage coverage. This involves the construction of three sewage treatment plants in Parañaque, Muntinlupa and Valenzuela, which will have a combined wastewater treatment capacity of 203,000 cubic meters per day.

Once completed, the wastewater facilities can serve over 1.13 million customers. Other wastewater projects for implementation this year include the laying of 55 kilometers of sewer lines and the rehabilitation of existing treatment plants.

To support operations, another P4 billion will be invested this year in the construction of new pumping stations and reservoirs, reinforcement of primary lines in expansion areas, rehabilitation of existing network facilities, and development of necessary information technology programs.

The rest of the budget will go to programs that will bring down nonrevenue water, or water lost to leaks or pilferage and the development of new water sources.

The diminutive native of Malolos, Bulacan says this frenetic pace of capital expense will likely be sustained over the next three years as the company shifts its focus from the laying of new pipes for homes and commercial and industrial establishments to wastewater treatment.

Lucas is banking on her extensive experience, having started at the entry level for engineers, which is project inspector. She went around the franchise area to check if structures were built correctly or according to specifications.

“I learned a lot from that experience because you get to see issues that you will really only see if you are in the field,” says Lucas, who joined the former Metropolitan Waterworks and Sewerage System (MWSS) in 1986, and had her share of dealing with drunkards, rabid dogs and complaining customers while going around the service areas.

For Lucas, who was encouraged to take up engineering by her parents and brothers, knowledge of both the practical and theoretical sides of engineering now serve her well as she takes on the larger responsibility of making sure that projects are implemented according to schedule and budget. 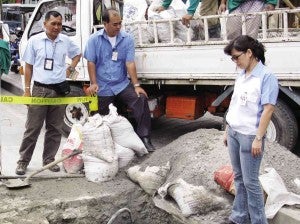 LUCAS started her career as a project inspector

The graduate of the University of the East is also not conscious of being a woman, although she says it helps that people look up to as a mother figure in Maynilad—a mother who is both caring and strict.

Lucas says she is aware of the magnitude of her responsibility since she not only is responsible for the proper use of funds, she also knows that on her shoulders rests the responsibility to take the company forward since the capital expenditure program will mean even more customers.

Being head of program management is not an easy job nor is it glamorous, rather it is full of complex problems involving both engineering and people management. It also means dealing with contractors and outside groups who are called on to help Maynilad implement its capital expenditure program.

But she does what she can, and she relies on her deeply ingrained attitude that being good is just not good enough. Everything has to be better.

She also did not find it difficult to adjust to the transition of the company from a government-owned and controlled corporation to a private firm, following the privatization of MWSS.  She did say that the pace of work definitely picked up and she has become used to it.

“Here in the private sector, you really have to deliver and meet targets, and I always tell my people that we have to be united because a lot of people are depending on us to do a good job,” says Lucas, who says she gets a lot of fulfillment from seeing structures actually being built and used.

With her at the helm, Maynilad can be sure that she will do just that.