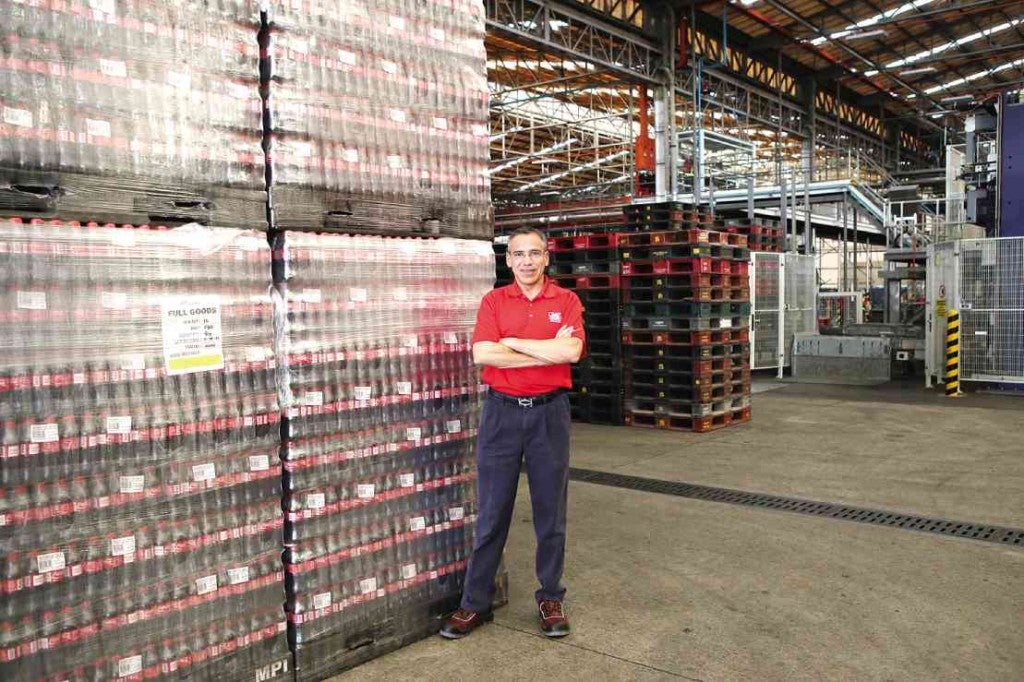 AT THE Coca-Cola Femsa Canlubang Plant, which is nearing the completion of its expansion to house two of the fastest bottling lines in the world.

The hot Philippine summer may have peaked at 39 degrees Celsius last May, but Juan Ramón Felix, Coca-Cola Femsa Philippines CEO, couldn’t be happier. After all, the sweltering heat is very, very good for business.

With the Filipino’s propensity for grabbing a beverage bottle to fight the heat off, Coca-Cola Femsa Philippines’ flagship brand, Coca-Cola (or more popularly known as Coke) is leading in the soft drinks category, a position that it has been enjoying for many decades now in the country.

And yet, Felix says there is still a lot more opportunities that the company is all fired up to explore, notwithstanding Coke’s already enviable market status. 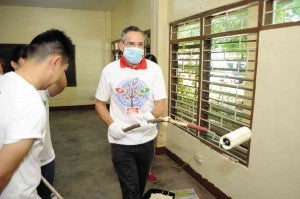 “Given that Coca-Cola Femsa has been in the country for over a year, all the projects we have implemented mainly here in GMA have worked really well and the challenge is to replicate this experience with the rest of the country,” Felix says.

A lot of exciting changes both on the corporate and product portfolio sides have happened since last year when the company was formed.

Amid the roasting heat last summer, for instance, Coca-Cola Mismo, which comes in 300 ml PET bottles and sells for P10 each, became the average Pinoy’s best friend. The idea behind this little people pleaser came when it was observed that people would transfer their soda into plastic bags with a straw to take with them.

“It has worked really well. Even in other countries, I have seen people carrying plastic bags with straw with their soft drinks in it. So this is a perfect way to have Filipinos enjoy their drinks in a bottle they can carry and reseal,” Felix says.

Furthermore, Felix says the company believes that there is an opportunity to sell better if they could go directly to customers by calling customers two to three times a week and using third party delivery partner. As this system is already implemented in greater manila area (GMA) and other cities, Felix says feedback is very good and sales have significantly grown in the  GMA by 15 percent year to year.

“We are in the middle of implementation in Cebu and Davao and some cities in North Luzon and South Luzon. Our plan is to have almost half of the volume covered by this new approach by the end of this year,” Felix shares.

Admittedly, the Philippines is an important market for Coca-Cola Femsa, what with majority of its 100 million people sharing an affinity for the cola brand which has been in the country for over a hundred years. It also helps that the Philippines has the highest consumption of soft drinks per capita in Asia.

“Coke has been number one, but we can increase the per capita a little bit more. It has the highest consumption of soft drinks in Asia but still very far behind America. With our whole range of products that includes water and noncaloric drinks, we intend to achieve more in terms of sales,” Felix says.

“We bought a plant in Davao del Sur which belonged to San Miguel Corp. It has 80 lines. We have installed another PET line in our Misamis Oriental plant. Nearing completion is the expansion work on the Canlubang plant which will house the fastest lines on the planet,” Felix excitedly states. 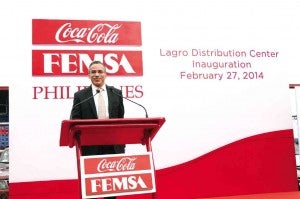 A little over a year of stay in the Philippines and Felix says he has already learned a lot, mainly in the culture aspect. After all, the Philippines is not the same country that he visited 30 years ago as a bright-eyed student on an Asia tour. It is a lot, lot better and holds so many potential, he says.

“It is very exciting  to be here at this time because this country is doing fantastically, you are under the spot. This was confirmed during the last World Economic Forum (WEF) where the Philippines was the star,” Felix states.

He never imagined he would find himself back in the country again, holding a very challenging position for the company.

“I never thought I was gonna come back, it was a lot different then, everything is new,” says the 52-year-old Femsa veteran. Felix has been with Femsa in Mexico for 28 years now and has been part of major corporate moves, among them, the acquisition of the giant Panamco (Panamerican Beverage  Panamco) in 2003. Prior to his Philippine appointment, he was director for New Businesses and Commercial Processes reporting directly to Coca-Cola Femsa CEO, Carlos Salazar. He previously held the role of Commercial Director in various divisions of the company throughout Latin America.

Yes, along with his “direct but soft-spoken” management style, Felix wants to bring in the Coca-Cola Femsa culture  which he describes as “very aggressive, where things are done fast, and where people are convinced that the company has to make money to be able to have good business and impact a society.”  All these are driven by the company’s core values that are founded on, among others, excellence, innovation, creativity, integrity and austerity.

“As CEO, I always want things to go faster. I know that sometimes it takes time to strive  to make a cultural change in the company. People here are great but they need a lot of following up to do what they have to do. You need a lot of paciencia (patience).  When you are in a company, you have to create your own culture, that is still missing in this company. In Coca-Cola Femsa in Mexico, for instance, we do not have typical Mexicans working,  but Mexicans adopting the Femsa culture. That is my dream here, I dream to have very committed, creative and accountable people, I am sure that we will get there,” Felix quips.