Joseph Calata gets so far so fast 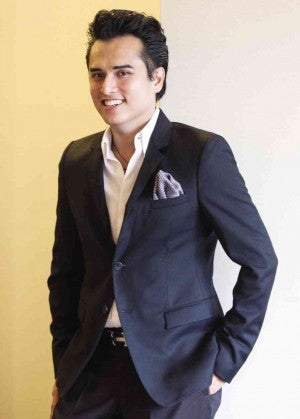 Entrepreneur Joseph Calata is the proverbial young man in a hurry.  Pushing 34, he is making a bid to have a huge stake in the country’s food supply chain.

The chair and CEO of the agribusiness company, Calata Corporation, initially made news by becoming the country’s youngest self-made billionaire before he was 30 years old. He modernized the family’s mom-and-pop store into the country’s largest distributor of seeds, fertilizers, pesticides.

When Calata Corp. was listed for initial public offering (IPO) in May 2012, its stocks gained a total market value of P4.3 billion.

As if selling agrochemicals, feeds and seeds wasn’t enough, Calata created his own brands, opened retail stores, went into joint venture with foreign companies and acquired a meat processing company.

“My business is literally going from the farm to the table,” says Calata.

He was inspired by the richest man in Southeast Asia, Dhanin Chearavanont, whose business is CP Group, the biggest agricultural company in the region.

One of the Thai billionaire’s businesses is Charoen Pokphand Foods Public Company which produces animal feeds, breeds animals and processes them. The end products are sold in the fastfoods and 7-11 stores. Chearavanont owns 6,800 of the 24-hour stores all over Thailand.

Calata says he’s now covering the entire food chain. In the initial phase of raw materials and planting, Calata possesses the technology, the seeds and the preparations to ward off pests.

He developed his own brand of pesticides, herbicides and insecticides called Agri and opened 116 Agri stores in Luzon.  Bullish about expanding, Calata commissioned Franchise Corporation Philippines to produce the manual for the Agri franchise.

He also began producing ingredients for animal feeds with corn.  For farming, he went into partnership with an Argentinean firm to establish Siembra Directa Corp., which enhances corn planting and harvesting using Argentinean machinery from planting to harvesting.

The project was launched in Echague, Isabela, wherein the technology prepared the land, planted the seeds, increased the yield and separated the kernels from the cobs. The technology not only reduced the labor for land preparation and soil erosion but also the farming costs and manpower.

“We were the first to go into mechanized corn planting in the Philippines,” says Calata.  “The planting of the seeds and fertilizers is automatic. It only takes one person to plant 500 hectares. The technology makes farming faster, more efficient and everything is in correct measure.”

Calata teamed up the New Hope Group, China’s biggest agribusiness company to produce a new brand, Golden Bean animal feeds. To make the feeds, Calata imports the soya beans from Argentina.  The soya and the corn that Calata carries are then sent to the feed mills of San Miguel Corp. to produce B-Meg and to New Hope Group to make Golden Bean.

Calata explains that the Golden Bean and Agri are affordable options for the farmer. As a businessman, he has a bigger mark-up for his products.

In the processing phase, these feeds are given to hogs and chickens, many of which are raised by Calata’s contract growers for Magnolia and Monterey. On the other hand, if the growers buy Golden Bean for their animals, Calata purchases the animals which are then sent to their manufacturing plant.

“Golden Bean has a buy-back program. These farmers have no problem. They buy the feeds, we buy their hogs because we have the facility to process the meat and supply the stores,” says Calata.

He recently acquired a 51 percent stake at Galicia Group which supplies meat products for retail. The pork and chicken meat that are part of Calata’s food chain are under Puregold’s supermarket brand.

“If you look at the company, we are doing everything from raw materials, processing and end product. That’s our farm-to-plate model,” he says.

Plans are afoot to plant cassava which is another ingredient for the feeds. Calata hopes to venture into fruits and vegetable planting and rice planting. He reveals that the company will soon venture into rice processing in partnership with Argentine partners which will be done in Taiwan. Ultimately, he hopes to sell rice and produce in the grocery.

Calata’s five-year plan is to hit the P8 billion mark with all the expansions.

At present, he says the company’s revenues posted P1.5 billion last year.  It could have been worth more had he not suffered the stigma of the news about stock manipulation, he says. Two weeks after its launch in 2012, Calata’s stock rose dramatically from P7.50 to P23.95 per share. Over time, the stock prices went into extreme fluctuation.  This set off an investigation by  the Capital Markets Integrity Corp (CNIP), the independent market regulatory unit of the Philippine Stock Exchange.

The CNIP came across the uncharacteristic trading activities by certain individuals and cleared Calata’s name.

“Now the shares are sold below IPO price—a little over P3. We know our company is undervalued. It doesn’t matter if the stocks are cheaper, as long as the public knows that we are expanding,”  says Calata  who has learned to embrace challenges that come with success.

Last year, an advocate group circulated a list of distributors of Monsanto, an American biotech company that produces genetically modified seeds.  GMO (genetically modified organisms) crops are engineered to resist pests, improve their quality and nutrition.  However, organic farmers and consumers have been protesting against Monsanto’s grip of the global supply chain.

As a distributor, Calata explains that aside from Monsanto, other brands such as Dupont and Syngenta also use biotechnology to produce more crops with more nutrition to sustain more people.  He reveals that majority of the farmers in the Philippines use these brands since organic farming is costly.

“I’m not anti or pro GMO. What is important is that we can feed people. By 2040, the population of the Philippines would have swelled to 9 billion. The land will be scarce. As it gets smaller, we might not be able to feed 3 billion unless we use biotechnology. We need to double the yield per hectare. If it is the same, by 2040, billions will starve. The earth won’t be able to supply enough food,” explains Calata in Tagalog.

Ultimately, he says Calata Corporation’s evolution should echo tagline “Cultivating Life.” Aside from putting food on the table, Calata Corporation has been providing scholarships through the offices of Rep. Arnel Ty in Isabela and Mayor Tito Sarion in Daet, Camarines Norte.

“For every bag of Golden Beans, a portion of the sales goes to these scholarships,” notes Calata.

Although Calata dreams big, his family life is quiet. He is happily married to the former Marnely Salvador and enjoys being a father to a 17-month-old Adriana Victoria.  They’d rather spend the weekends at home or in Tagaytay at the Highlands or enjoying the  lake views from a bulaluhan place. When they travel, Calata likes the suburban life in Orange County in California.