Thank God, we have copy editors 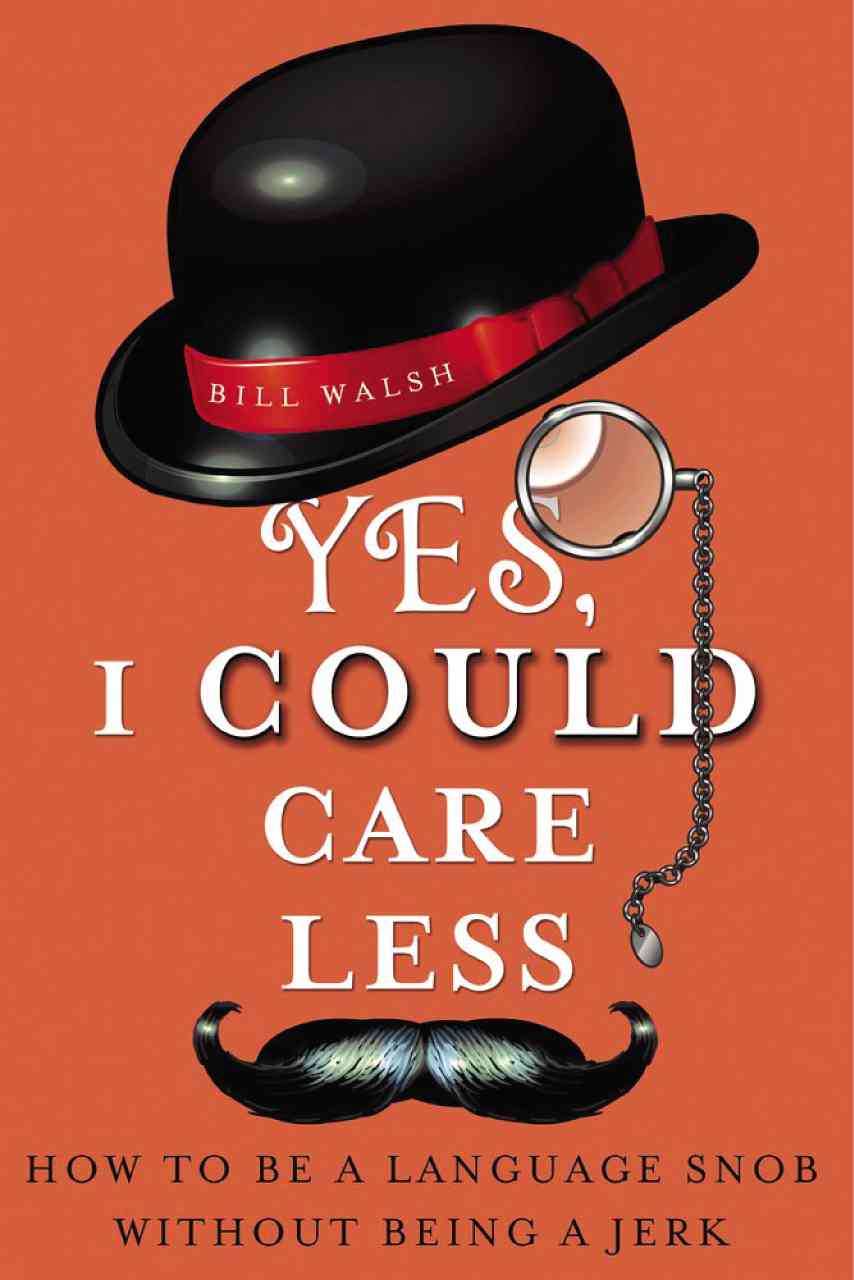 The book titled “Yes, I could care less” gives you second thoughts about grammar rules made by Strunk and White in the “Elements of Style”—or prescriptions by American Heritage, Webster’s New Word, and Merriam-Webster. On many occasions, as shown in this book, they do agree on certain rules.

The author, Bill Walsh, is copy editor of the Washington Post, a job he has held since 1997. In the United States, there is an annual conference of the American Copy Editors Society, and Walsh is a regular presenter in such an elite assembly.

Reading the book feels like you are being treated to a long-running discussion of the many acceptable rules of usage of a word or phrase. In a manner of speaking, it is like consulting four or five manuals of style of different publications, if not two or three generally accepted English usage reference books.

It begins with a long debate on the use of two phrases—which have found acceptability. The phrases are: “could care less” or “couldn’t care less.”

Walsh first introduces the special class to which it belongs: “We are the copy editors. English teachers, usage mavens, armchair grammarians and others who revel in do’s and don’t’s and in our opinion, who prescribe usage.”

And forthwith, he lowers the boom: If you’re a stickler, you deplore the idea of using “could care less” to mean “couldn’t care less.” What could be more obvious than a preference for saying what you mean over saying the exact opposite.

What follows is an analytical exchange of point and counterpoint on what is preferred—running to several pages.

Dear readers, this is how copy editors struggle through every logic and counter logic over which word is retained or what phrase is consigned to eternal damnation. At one point in reading through the discussion, you will exclaim, “What’s the point?”

The whole point is what my serious language teachers told me over and over again—from high school to post- graduate university. Using language properly is showing respect for that language.

It is more than than that, says Roy Clark of “Writing Tools” and “The Glamour of Grammar,” two books I already reviewed in the Inquirer. It assures the precision and power of expression.

If you use the wrong word or phrase, your readers cringe or wince in discomfort or pain, and you lose them. Too, you lose the power over bringing them to your side of an argument or to your version of a story.

When you go through the seeming interminable effort of arguing every proper usage, you will actually begin enjoying the refinements of using a language, especially that the one leading the discussion is a respected copy editor.

In journalistic parlance, the “copy editor” makes sure your “copy” is tidy and powerful—fit for publication in the paper he works for. It is he who wields the ruthless “blue pencil.” Of course, nowadays, the “blue pencil” is the ubiquitous MS Word with “track changes” which show the transformation of an impotent article into a powerful one.

Subtitled “How to Be a Language Snob Without Being a Jerk,” the book covers such topics as “The Trouble with Apologists,” “The Trouble with Me,” “Rules That Aren’t and Habits That Shouldn’t Be,” “Editing Like a Ninja”—and a surprise—My Lovehate with Strunkwhite: Elements of Discontent!”

He breaks it gently: “I love the idea of The Elements of Style. Casual speech is a relatively natural act once you’ve made it past the toddler stage, but writing doesn’t come so easily. People need to be told what to do. And many of those who already know what to do crave further direction.”

Walsh points out that usage rules are, yes, rules dished out by a publishing organization, not a menu of choices which suggestion you take fancy on. He calls “Elements of Style” a collection of tips “rather than a spelling-out of the style of a particular newspaper, magazine, website, publishing house or what-have-you.”  Mere tips end up serving as a pep talk, Walsh says.

Walsh, ever the guardian of good style—yet witty and warm in every page—says that there is a time for every style. If you intend your work as a conversation piece, you can be colloquial. But, if you are writing for a publication, there are rules to follow.

The rest of the book are sample of fine tuned phrases, analyses of logic of usage, and prescriptions on every finely constructed phrase.

Some samples in the book are in order. On the word “comprise,” as against “composed of:”

American Walsh says: “My country comprises 50 states. Or is composed of 50 states. Those 50 states constitute my country.”

On “diagnose,” Walsh’s treatment is scalpel-sharp, yet merciful: “Strictly speaking, it’s the disease that’s diagnosed, not the person.  But I see no harm in using the word the way everybody else does.”

What about “due to” compared to “because of”? Walsh is precise: Sticklers use “due to” only when the meaning is “attributable to.” Otherwise we make it “because of.”

You can take this distinction or leave it, but what you don’t want to do is go all hypercorrect and ban “due to” entirely just because some object to it in some instances.

Did you graduate college? Walsh prescribes: When I hear “I graduated college,” I want to answer “No, you didn’t.” He explains, you call your education into question if you omit the “from.”

On “healthy diet,” Walsh makes an important distinction that many miss: Strictly speaking, you should say “healthful,” not “healthy,” when referring to a lifestyle or a diet or a specific food that might make you healthy.

Walsh is witty and liberal in this case: “A healthy appetite is often anything but healthful,” he said in another book, “Elephants of Style.” He adds: “Go ahead and write about healthy food as well as healthy people.” Move over, Jean Edades and Elements of Syle!

You will come away admiring copy editors—and realizing sharply that you really need to be precise—with a cutting edge—when you go into the business or leisure of writing.

You will also thank your stars that there are copy editors who transform your prose into a powerful piece of creation. dmv.communica[email protected]

‘No promises’ that Taguig’s budget will remain untouched, says Velasco