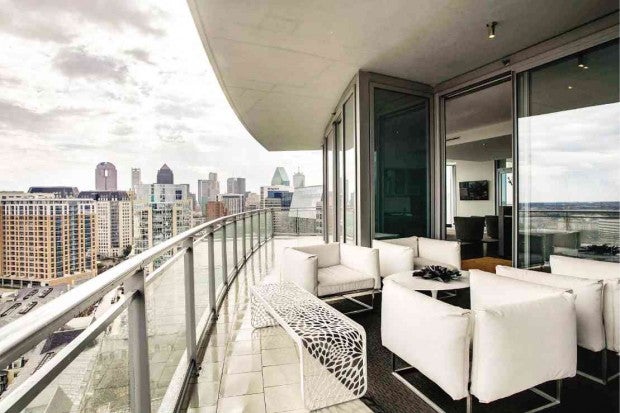 WITH MOST buildings now being built to reach the sky, developers of high-rise commercial and residential developments promote the views as their major selling point. While other balconies are mere “accessories” to a unit, others are a real extension of the living spaces.

That was a few years back in 1991 when I heard news about famed singer Eric Clapton’s son.  He literally ran out of an open full-height window in the apartment owned by his mother’s friend where they stayed while on holiday. The window, about six feet high and four feet wide, was negligently left open after it was cleaned by a housekeeper. The boy entered the room and darted past both his nanny and the housekeeper and fell out onto a neighboring building.  The window was not designed to be opened, and strangely, was not properly fitted with security features. The toddler plummeted down 29 floors.

In another incident in the United Kingdom, a 5-year-old boy came within minutes of falling 30 meters to his death after climbing onto the balcony of a midrise flat as his mother took a nap inside. An onlooker managed to video the nerve-wracking incident after calling in the police. The little boy sat, while swinging and dangling his legs, in what looked like a happy appreciation of the expansive view in front of him. Fortunately, the police came to his rescue.

In 2003, a young local actor fell to his death after getting his foot caught in a plant box as he tried to get off the balcony rail he was sitting on. Why a 21-year-old man would sit at the edge of a rail while being nine stories above the ground is quite beyond me. Was he intoxicated? They say he was merely hanging out with cousins and friends when the accident happened.  Then more recently, a 28-year-old model, reportedly in drunken stupor jumped to her death days after posting her not-so-happy state of mind and heart on Twitter. She left a suicide note. I wonder what would have become of her if she did not have the opportunity to bodily get out of an open door or window.

These are the isolated incidents that sow fear in anyone living a few stories off the ground: accidents, deliberate jump-offs, and “falls” stemming from altered states of mind.  All  real hazards and threats when you decide to live high above the ground. It may not happen all too often but the risks are real.

With most buildings now being built to reach the sky, developers of high-rise commercial and residential developments promote the views as their major selling point—the higher the better. But how extensively they have considered the safety issues remains a concern, especially when aesthetics and cost factor into the equation. Basic safety measures is one thing, but the problem becomes more complicated when curious toddlers and the emotionally intoxicated are made part of the safety equation.

If you are looking into inching up toward the sky, you may want to consider a few things before moving into that new high-rise condo:

1Look into the heights of the railings. The building code imposes a height of 1.1 meters. That would be somewhere a bit above your tummy.  I would recommend a height of 1.2 meters instead:  hard to climb over, and keeps the railing off of the horizon view when seated.

2Keep railings thin and almost impossible to sit on. This will keep the romantics or the invincibles from attempting to sit on that ledge.

3Keep furniture pieces away from the railings. Make sure they are heavy and difficult to move around.

4Get rid of any horizontal rail or ridges running of any height so that there is nothing to put the feet on to clamber over. You don’t even have to contemplate jumping, as there  seems to be a natural desire to perch yourself higher or crane your neck out to get a better view from a balcony or a window, leading to accidents.

5Supplement your windows with additional locks. Place the locks at the uppermost part of the windows where children can’t reach for them.

I always say that you can teach your own family members the dos and don’ts of behavior inside the home, but you can’t do the same for your guests. If there are any safety risks, you can be almost sure that someone is going to get into trouble. A few safety measures can make living with a great view enjoyable and worry-free.