Shooting the rapids? Here’s the economics of it all 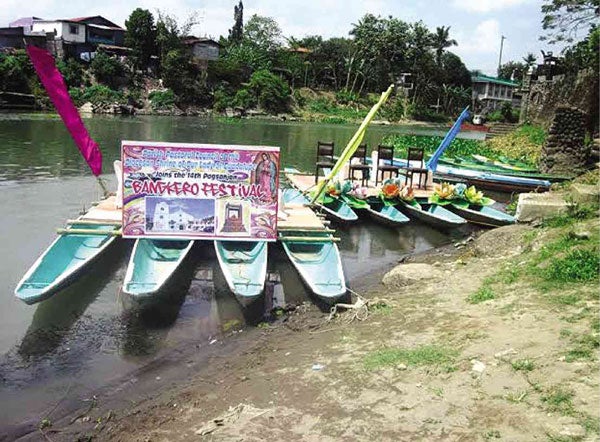 BOATS await passengers who will shoot the rapids

The legendary boatman of Pagsanjan, Laguna, he of ecotourism and film fame, his muscles browned by the sun, gets P700 per as his service fee for guiding passengers along the waterfalls of the Balanac and Bumbungan Rivers.

On the other hand, the passenger pays P1,000 per for the ride, for the thrill of shooting the rapids. 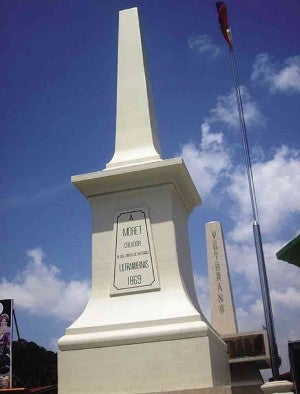 If you take your ride care of some of the leading hotels in the tourist town, like Pagsanjan Falls Lodge, La Vista and Gasa del Rio, it will cost you P1,250. This includes expenses for the helmet, life jacket, seat cushion, and a Cavinti entrance fee of P250 which entails a bamboo raft ride.

Pagsanjan Falls Lodge, which has a nice swimming pool, charges P2,860 for bed and breakfast for two. Rooms at La Vista cost P1,500 for two; and at Casa del Rio it’s P2,500 for two.

By the way, for foreigners the fee for shooting the rapids is P1,250.

A piece of good news for domestic tourists is that the boat ride can cost only P750 per for a minimum of nine passengers. But the local tourists can only avail of this package during 15 days of a festival (like the recent Bangkero Festival in Pagsanjan), any festival in the three adjoining forest towns of Pagsanjan, Lumban and Cavinti, during the annual Holy Week and the summer vacations. 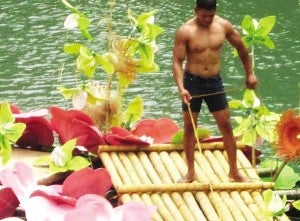 For January, the most popular resort in Pagsanjan was Korean-owned Tropical Gan Guk, with 5,168 tourist arrivals. Pagsanjan Paradise Resort was second, with 4,233 visitors.

“The boat ride is our No. 1 local earner,” says Municipal Treasurer Minerva Boongaling. “We only have that in the Philippines,” boasts De Leon.

So what are you waiting for, dude? Shoot the rapids and help the boatmen and their families, and of course the local economy and the tourist trade in general in Laguna.