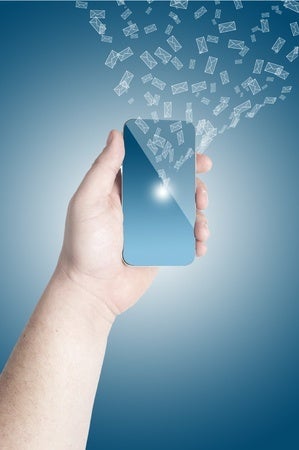 MANILA, Philippines – There should be no problem in refunding billions of pesos in excess text messaging being charged by telco providers since 2011, an official from the National Telecommunications Commission (NTC) said.

The final amount of refunds could reach “billions of pesos” as the order became effective last Dec. 1, 2011, Cabarios said.

In addition to the refund, the decision also included a P200 fine a day for telcos that won’t comply.

In a Radyo Inquirer 990AM interview on Friday, Cabarios said postpaid subscribers with active numbers would be refunded through a deduction in their monthly bills.

“Refunding to postpaid should be easy because subscribers are identified,” Cabarios said in Filipino.

Meanwhile, postpaid subscribers with inactive numbers would be sent cash to their addresses recorded in their database, he added.

Prepaid subscribers, meanwhile, would be refunded through a cellular load sent to their numbers, Cabarios said.

But there will be a problem in refunding prepaid subscribers with inactive numbers because there will be no address to send the cash, Cabarios said.

But the order will not be implemented yet as the telcos still have the legal option to go to the Court of Appeals to question the decision.

The NTC on Wednesday junked the telcos’ motions for reconsideration questioning a 2011 order directing them to reduce short messaging service (SMS) interconnection rates to other networks to P0.15 from P0.35. The commission said the reduction in interconnection charges would result in a P0.20 retail price cut.