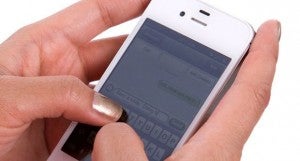 MANILA, Philippines—Mobile phone consumers should be getting soon some reprieve in their ever-rising cellular bills after the National Telecommunications Commission (NTC) ordered Wednesday a sweeping refund covering several years of text-message charges between telco providers.

The P0.20-per-text-message “excess charge” should then be refunded to subscribers in what would likely trigger legal action from telco players facing declining profit margins in text and calls as mobile subscribers gradually shift to services like WhatsApp and social networking sites like Facebook.

The NTC decision, which also penalized the telcos with a P200 daily fine until they comply, was dated May 7 and was meant to resolve appeals filed by the telcos on Dec. 5, 2012, questioning the constitutional basis of the NTC decision.

Cabarios said the NTC decision is expected to be contested by Globe and PLDT, which control 30 percent and 70 percent of the cellular market, respectively.

“It’s going to be a huge amount of refunds … they [Globe and PLDT] might go to the Court of Appeals,” he said.

At a 20-centavo refund, that translates to about P8 million in industry-wide refunds for each day for the last two years and five months.

Spokespersons for Globe and PLDT declined to comment on those figures while adding that their legal teams have yet to receive the NTC’s order as of late afternoon Wednesday.