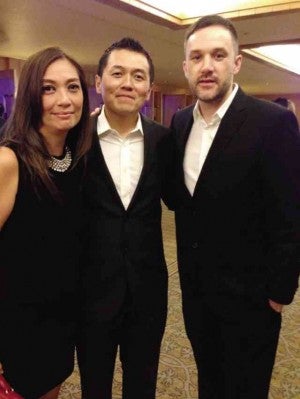 The name DM9 JaymeSyfu has gone beyond the confines of the country’s advertising industry.  Around the world, this enfant terrible agency has gained following and renown, and much celebration for the Philippines in just seven years.

Last year, the agency brought home the plum prize—a Grand Prix at the Cannes Lions, and a first for the Philippines—for a humble little project called ‘Txtbks’ for their biggest client Smart.

This March, DM9 JaymeSyfu’s Chairmom and Chief Creative Officer Merlee Jayme, a consistent winner in a number of international awards shows, is off to Seattle, Washington, to be part of a two-day workshop for the Cannes Chimera.  One of the perks of winning a Cannes Lions Grand Prix is the opportunity to judge and participate in the prestigious and exclusive initiative of the Bill & Melinda Gates Foundation.

Cannes Chimera: Where a spark can light a fire

The Cannes Chimera’s goal is to collect molecules of ideas from creative communicators the world over and fuse these into one living, growing cell.  One concrete, viable action that will help solve the world’s problems—not unlike its mythical namesake, a fusion of many forms, balled into one fire-breathing creature.

Changing the world, as one

Twenty years ago, it was estimated that over two billion people lived below the poverty line —that is, living on less than $1.25 a day, or around P50.  That has since been cut down to just 1.1 billion, thanks to many global projects working together.   This year’s Cannes Chimera creative action challenge is to “Lead the fight against extreme poverty” with strategies that can concretely bring down the global poverty rate as close to zero as possible by 2030.  The strategy must be long-term and personal; and one that gives people a voice and take action.  Lastly, the idea must remain relevant until it is achieved. 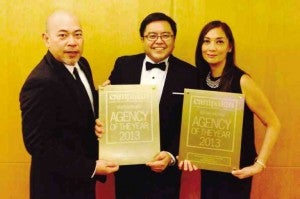 Alex Syfu, Ronald Barreiro and Merlee Jayme with the awards.

Running on its third year, the Cannes Chimera awards trophies and $100,000 prize to 10 winners with good ideas.   The winning ideas undergo workshops and mentoring with Grand Prix winners as solutions-gurus.  With their concepts tweaked and primed, these top contenders compete for the chance at a $1 million to bankroll their ideas into action.

Jayme is the first Filipino to mentor and judge at Cannes Chimera, marking the spot on another national milestone.

“The brief is on poverty. As the first Filipino judge from the first Filipino winning team, it’s nice to note that the brief is closest to our hearts,” says Jayme.  “Poverty is the biggest problem in our own country. Being poor, Filipinos look for jobs elsewhere in the world leaving their families. Being poor means more uneducated women and children. Being poor opens the doors to corrupt practices in society and public service,” she adds.

It will be a whirlwind two-day workshop for Jayme, judging other winners for that big ‘bang for the buck’ that will change the world.  But, it’s an all smarts, everything positive and inspiring campus, boundless with creativity, so what’s not to like?

“First, it would be amazing to work with the world’s most brilliant minds.  A mix of Grand Prix winning creative heads, clients, and planners, it would be interesting how the thought process would be and the levels of execution. Secondly, it’s exciting to see all the eight winning ideas harness technology in their creative communications.”

Joining Jayme at Cannes Chimera is the winning team of James Bernardo and Ramon Benjamin Libarnes from DraftFCB.  The tandem’s ‘Gamers vs. Poverty’ idea taps on the millions of gamers all over to bring their super-heroism outside the console into the real world, involving them to contribute to society. 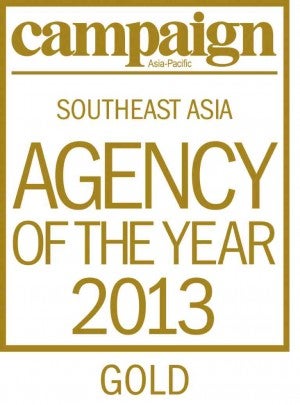 “I feel extremely humbled at the chance of doing something that can help alleviate extreme poverty.  This is dedicated to the countless people who are never recognized for their contribution in helping alleviate poverty in our beloved Philippines,” says Bernardo, DraftFCB chief creative officer.

It was serendipity as both toyed with the idea separately, and just need to get together and refine it.

“We never expected to get in so we were all overjoyed when we heard we got in the top 8.  It was a difficult brief but we knew we had a good idea when everything else fell into place, he adds.

Jayme’s contribution to Philippine advertising is sowing its seed on the rest of the world.  As they are quick to point out, DM9JaymeSyfu shares their accolades with the industry, and the country.  Efforts like ‘Txtbks’, that transformed analog SIM cards into digital text- and workbooks that worked on old-model mobile phones, is just that initial spark.   The project test-drove at small public schools, and was massively successful.

Winning a few more Grand Prix trophies from other competitions along the way, the ‘Txtbks project is now for implementation nationwide.  Jayme herself spent the last few months in speaking engagements advocating the project in other countries, by invitation.  Now, that’s the fire burning.