Fiat-Chrysler to produce iconic Jeep in China from 2015 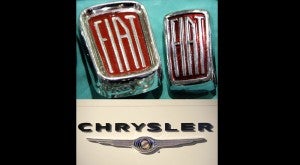 SHANGHAI—Automaker Fiat-Chrysler said on Saturday that it would begin producing the iconic American brand Jeep in China from 2015 to meet demand in the world’s largest car market.

Fiat-Chrysler—created by Italy’s Fiat acquiring Chrysler of the United States—will produce three Jeep sport utility vehicle (SUV) models in China, including one specifically designed for the Chinese market, the company said in a statement.

The announcement came ahead of the Beijing auto show, which opens to the public on Monday, as global automakers flock to China to show off their latest models.

Jeeps are currently available to Chinese consumers as imports, the statement said, adding nearly 60,000 Jeeps were sold in China last year, making the country the largest market for the brand outside of the United States.

Fiat-Chrysler will produce Jeep vehicles through its existing joint venture with Guangzhou Automobile Group Co. (GAC) but at a new manufacturing branch in the southern city of Guangzhou, it said.

Plans to produce Jeeps in China set off a political storm during the 2012 US presidential election campaign, after Republican candidate Mitt Romney ran an attack ad implying that it would export American jobs.

But Fiat has previously said plans to build Jeep vehicles in China were an expansion, not a transfer, of operations.

Fiat-Chrysler and GAC already produce other vehicles, including the Viaggio sedan, at a factory in the central city of Changsha. GAC was China’s sixth largest domestic automaker by sales in 2013, according to an industry group.

China has become critical to foreign automakers as the world’s biggest auto market, but Fiat was conspicuous by its absence with local production until it began selling domestically-produced cars in 2012.

Last year, China’s auto sales surged 13.9 percent to 21.98 million vehicles, according to a Chinese industry group, as a recovery in Japanese brands previously hurt by a diplomatic row offset the impact of slowing economic growth.